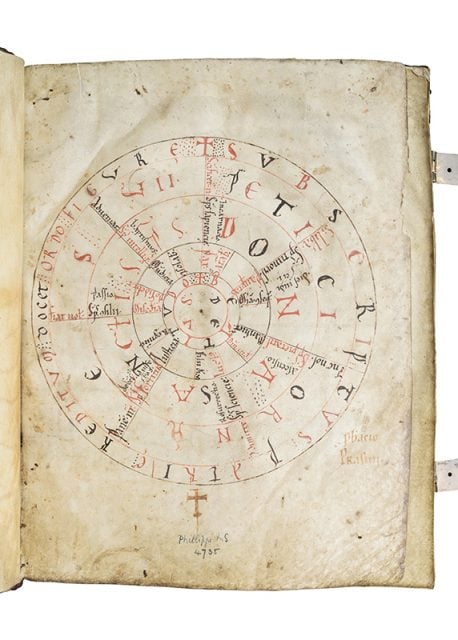 (RNS) A couple of weeks ago, Religion News Service presented readers with a riddle from Christianity’s medieval past. How did 12th-century Christians navigate a prayer wheel-like diagram, found in the pages of an ancient book of four New Testament Gospels?

The diagram consists of six concentric circles containing quotes from the Lord’s Prayer, the Beatitudes, the book of Isaiah and incidents from the life of Jesus. At its center is the Latin word for “God.”

We asked readers how they would say, pray or meditate what we called the Liesborn Prayer Wheel, after the abbey for which the larger book was created.

We received an enthusiastic array of responses. Our own stated assumptions about the diagram were challenged at almost every turn, a healthy situation when so little is actually known.

In addition to pointing out that “It’s not a game” — which can be conceded without giving up the pleasures of trying to understand it — some readers said, “It’s not a prayer.” Instead, they identified it as a map of “the soul’s journey to God” or “a Christian way of life.”

Lauren Mancia, a medievalist at Brooklyn College who has examined the wheel, said, “I like this because it’s in the spirit of the period: mind maps were used by people in the Middle Ages for all kinds of things.”

Others identified it as a “meditation aid,” “a study guide” and even, given the fundamental nature of the texts, what a reader named Brent B. called “the New Testament in a nutshell.” Several were reminded of the rosary, which was developing at roughly the same time, although with a more Mariological orientation.

Some readers accepted our guess that the circle should proceed from the outside in, but two argued persuasively that since “all things begin with God,” the path should go from center to perimeter and then back again.

Some of your directions were very detailed — “Clockwise (per instruction), then from terminus, down a layer, then anticlockwise (per Our Father) similarly following natural sequences down or shifting colours for each prayer … with the terminus becoming a new starting point,” wrote Nick Brodie.

Others, such as Luci Tomlin, abandoned analysis for pure praise: “The devotion, discipline, and dedication to even put this on paper is a miracle! How precious and meaningful are your works, OH GOD!”

And the winner is …

As you might expect, given the variety, creativity and earnestness of the response, we have some reservations about naming a “winner.” However, we said that we would. So, for criteria of completeness, clarity and seriousness (not theological agreement — RNS can’t take a position), we liked this response, submitted by Greg:

“I’m not sure if it is a prayer wheel, but rather the Christian way of Life. You center all on God, and work your way out by seeing God in your fellow humans (Matt 25:40), by practicing the eight beatitudes (Matthew 5), from which flows the Seven gifts of the holy Spirit (Isaiah 11:2-3), leading us into a deeper love for the God who became man, was baptized, preached the Gospel, suffered, died, rose from the dead, ascended into heaven, and will return to judge the living and the dead. We then take to heart the prayer our Lord gave us (Matt 6:9, the Our Father), with seven petitions in that prayer, and when we reach the outside, it is time to go back to the center (return home) and start all over again. So, it is most likely a prayer, but properly speaking, a way of life, a prayer filled life, of good deeds, and Christian practices. ”

Click any image below to view a slideshow of the prayer wheel responses. 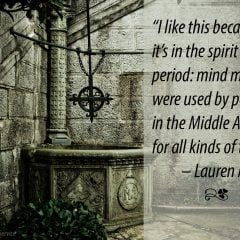 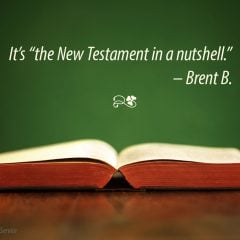 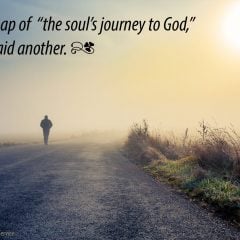 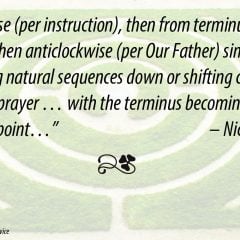