David Van Biema is an author at Religion News Service.

All Stories by David Van Biema 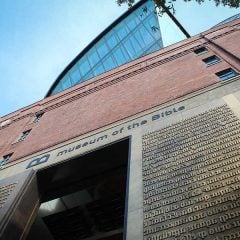 The Green family’s other collection

By David Van Biema — February 21, 2018
(RNS) — While the Museum of the Bible is trying to sort out the origins of its holdings after a U.S. government lawsuit over the 'unlawful importation' of artifacts, a much larger sibling collection in Oklahoma City is not part of the housecleaning effort. (Analysis) 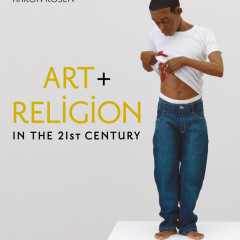 Can religious art be taken seriously again? A Q&A with Aaron Rosen

By David Van Biema — March 9, 2016
(RNS) “Religion and modern art continue to be typecast as mortal enemies,” writes Aaron Rosen. But that may be changing. Can the greatest religious painter of the 20th century make a comeback? 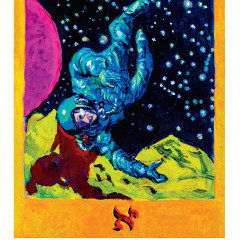 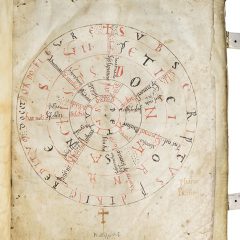 How readers ‘solved’ the mystery of the prayer wheel

By David Van Biema — May 15, 2015
(RNS) We asked readers how they would say, pray or meditate what we called the Liesborn Prayer Wheel, after the abbey for which the larger book was created. Dozens of readers responded.

A medieval prayer wheel surfaces, but how it was used is anyone’s guess

By David Van Biema — April 30, 2015
(RNS) It appears to have been ordered up by a woman for women: An abbess in Liesborn, Germany, named Berthildis, had it made for the highborn ladies who had traded the medieval court for her convent. 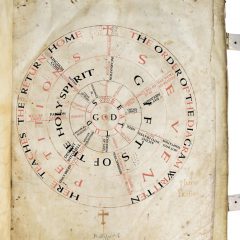 No dice required: A medieval prayer wheel surfaces, but how it was used is anyone’s guess

By David Van Biema — April 30, 2015
NEW YORK (RNS) If much of life in the High Middle Ages seems foreign to us, the wheel -- along with four others like it that have survived to the present -- is a real riddle. 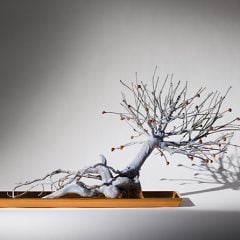 By David Van Biema — April 28, 2015
NEW YORK (RNS) MOBIA’s fate was not a total surprise: The Bible Society, once MOBIA’s sole funder, had been ramping down its support. But the closing nonetheless deeply rattled those who treasured MOBIA as one of the few museums that routinely acknowledged art's religious context. 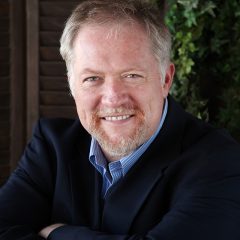 By David Van Biema — April 27, 2015
(RNS) Could the Green family’s Museum of the Bible be more open to dispassionate scholarship than previously assumed? The hiring of David Tobisch might suggest that. 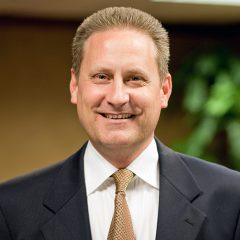 By David Van Biema — July 16, 2014
(RNS) The nonprofit Museum of the Bible, has already poured millions of dollars into developing the courses and hoped to introduce the first textbook in Mustang, Okla., when classes begin later this summer. 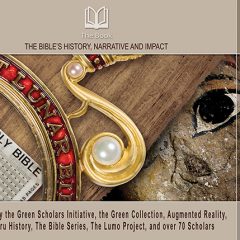 By David Van Biema — April 15, 2014
(RNS) If successful, Steve Green would galvanize the movement to teach the Bible academically in public schools across the nation. 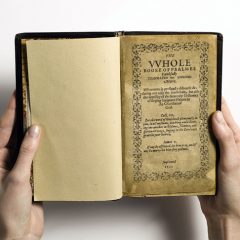 By David Van Biema — November 26, 2013
NEW YORK (RNS) One of the 11 surviving copies of the Bay Psalm Book, the first book (and the first book of Scripture) printed in English in America, was sold Tuesday night for the highest price ever recorded for a print book in open sale.

By David Van Biema — November 20, 2013
(RNS) The Bay Psalm Book “is for American book collecting what the Guttenberg Bible has been for collecting, period,” said Bill Reese, a major dealer in printed Americana “…Except there are 46 copies of the Guttenberg.” 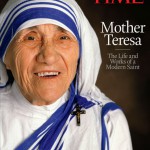 Mother Teresa as a psalm

(RNS) On September 5, 1997, the world mourned when Mother Teresa, whose work with the poorest of the poor made her a global icon, died of a heart ailment at age 87. Five years later, the world did a double take, when a volume of Teresa's private letters revealed that the tireless, smiling nun spent the last 39 years of her life in internal agony. By David Van Biema. 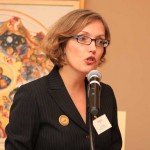 Museum of Biblical Art raises its profile amid array of challenges

NEW YORK (RNS) The tiny yet sophisticated Museum of Biblical Art is losing its director, much of its financial lifeline within three years and could lose its home near Lincoln Center. That triple whammy complicates the trustees' task of preserving a vision that didn't exist 20 years ago, but that now seems indispensable. By David Van Biema.

Arts & Culture
Can the greatest religious painter of the 20th century make a comeback?

Opinion
The Green family’s other collection

Arts & Culture
How readers ‘solved’ the mystery of the prayer wheel

Arts & Culture
No dice required: A medieval prayer wheel surfaces, but how it was used is anyone’s guess