Archie Rand, an artist who has a book coming out with a painting for each of the 613 Jewish commandments. Photo courtesy of Blue Rider Press

(RNS) A new book by a trailblazing artist raises an old question: Is there such a thing as truly Jewish art? And its corollary: If so, would anyone buy it?

Each features one of the 613 Jewish commandments (or mitzvot), distilled by the 12th-century scholar Maimonides from the Torah.

The mitzvot are a bedrock feature in Judaism’s patrimony. Rand’s images, in a style that might be called Leviticus meets “Amazing Stories,” the ultra-pulp mid-20th-century comic series, incorporate each commandment’s Hebrew number. Captions standing in for museum wall labels provide English text.

The first image, “To Know There Is a God,” depicts a blue-clad astronaut floating upended against a background of chartreuse mountains and a hot-pink alien moon. 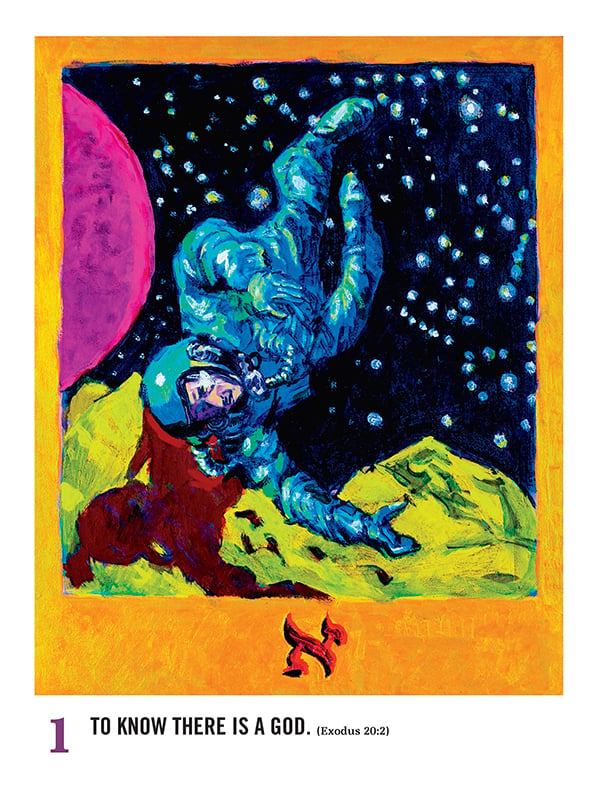 Archie Rand, an artist who has a book coming out with a painting for each of the 613 Jewish commandments. Photo courtesy of Blue Rider Press

The $45 book boasts a murderer’s row of testimonials.

“Conceptual and retinal, altar and push-cart, lox and bagels,” raves “Maus” creator Art Spiegelman. “In the beginning was the word, and the word was ‘Wow!’”

READ: Invigorating Jewish life: Is the ‘Statement on Jewish Vitality’ the right approach?

It almost makes you forget just how unlikely the book is, and how hard Rand, 66, has labored in a tradition — painterly engagement with the central texts of Judaism — that almost doesn’t exist.

Western art developed largely out of the soil of 1,500 years of Christian religious art.

In that period, beyond the decorative ritual objects, there was almost no Jewish art. One reason was the Second Commandment, often rendered, “Thou shalt not create graven images.” Although the wording leaves room for interpretation, it paralyzed art by believers for centuries.

Even today the ghost of the inhibition, combined with assimilation and art market ambivalence, exerts a chilling effect. Artists who are Jewish abound; artists whose work seriously engages Jewishness (such as Marc Chagall and R.B. Kitaj) are few.

Museum-quality artists consistently addressing the faith’s beating textual heart are a small band, Rand foremost among them — claiming back “the conversation from which we have been rebuffed and that we ourselves have rejected.”

Rand did not start out a Jewish painter. Although he attended childhood Hebrew school in Brooklyn, he cracked the gallery scene — at age 16 — in 1966 as, he says, a “mascot” of color field painting, New York abstractionism’s last wave. The New York Times lauded his “impressive debut.” 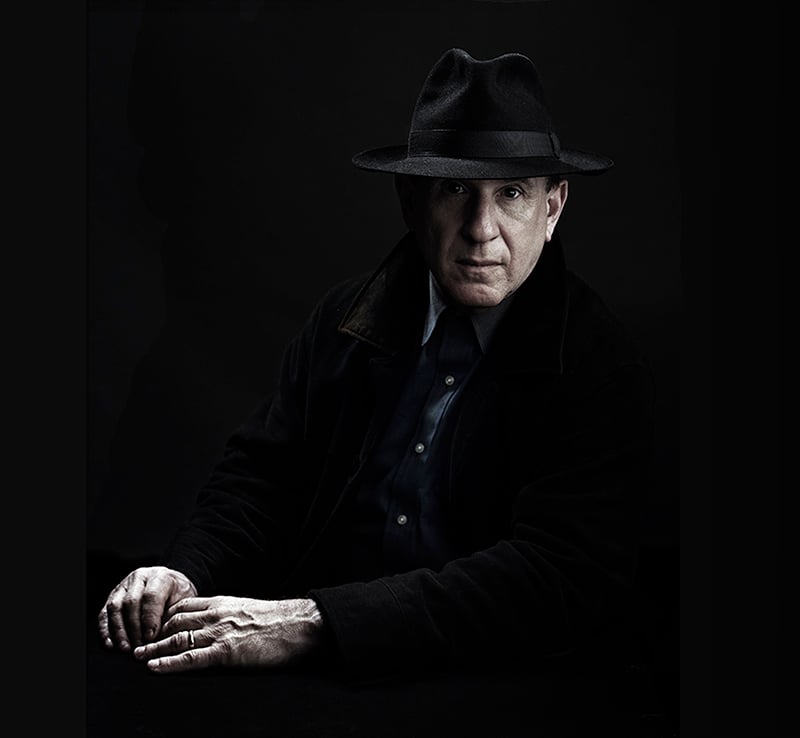 Archie Rand, the artist who has a book coming out with a painting for each of the 613 Jewish commandments. Photo by Barney Kulok, courtesy of Blue Rider Press

But his career swerved in 1973 when he received a commission to paint a mural of the interior of the B’nai Yosef, a synagogue on Brooklyn’s Ocean Parkway.

Suddenly solvent, Rand began mining the Bible, Talmud and Judaism’s vast commentary for a visual vocabulary. But he ran afoul of two groups: abstract painters scandalized not only by figurative painting but religious painting, and Orthodox Jews who regarded the exact same things as idolatrous.

His backers boldly set the core question — could Jews do art? — before Rabbi Moshe Feinstein, then American Orthodoxy’s foremost legal scholar. The rationale for Feinstein’s positive oral ruling eventually appeared in a posthumously published book: Not only could Jews make art for “the honor of (God),” but those failing to employ their gift “will be called to account.”

Rand thinks the completed synagogue, all 13,000 square feet of it, is the first thematically illustrated synagogue in 1,800 years.

He imported his new subject matter into his secular work. He painted the cycle of 54 annual Torah lectionary readings; the 18 blessings of the Amidah prayer; the 60 manifestations of truth. His style was highly accessible but always included irreducibly Jewish particulars, often the Hebrew text.

“I don’t want to make paintings that were about Jewishness, but that are Jewish,” he said.

Aficionados were effusive. “(Rand) has effectively revolutionized the way the rest of us view Jewish art, heretofore an endangered species,” wrote Menachem Wecker in The Jewish Week.

Rand won a Guggenheim fellowship and chaired Columbia University’s visual arts program; his work is in the collections of the Metropolitan Museum of Art, the Getty, the Art Institute of Chicago and the Victoria and Albert Museum. But, he points out, not on their walls.

He has never sniffed the stardom of, say, Julian Schnabel, a family friend from Brooklyn. Rand’s current art is too unbridled for most Orthodox Jews, too Jewish for some other Jews and still oddly unsung by art tastemakers.

“His take is very important,” said Samantha Baskind, author of “Jewish Artists and the Bible in Twentieth-Century America,” who will curate a show of Rand’s Bible series at Cleveland State University in September 2016.

“But much of the market doesn’t understand or feel comfortable with Jewish subject matter,” she added. “Disheartening as it is, if he used his formidable talents on a different topic, he could be way bigger.”

READ: The ‘Splainer: Why is the Halloween witch mean and green?

Perhaps “The 613” will change that. It pairs mitzvahs with appropriated images from Mad Magazine, pulp and 20th-century illustration. Sometimes the connections are obvious, sometimes intriguingly oblique. It is outrageous and inviting, in-your-face and mysterious, making Rand’s case 613 times over.

Not everyone will buy it. But Rand believes in the power of good intent.

“There are Hasidic stories of children who whistle in synagogue because they don’t know how to pray,” he writes, “ … or soldiers who can only recite the alphabet, knowing that heaven will arrange their spoken letters into prayers. The 613 is one of those whistles.”