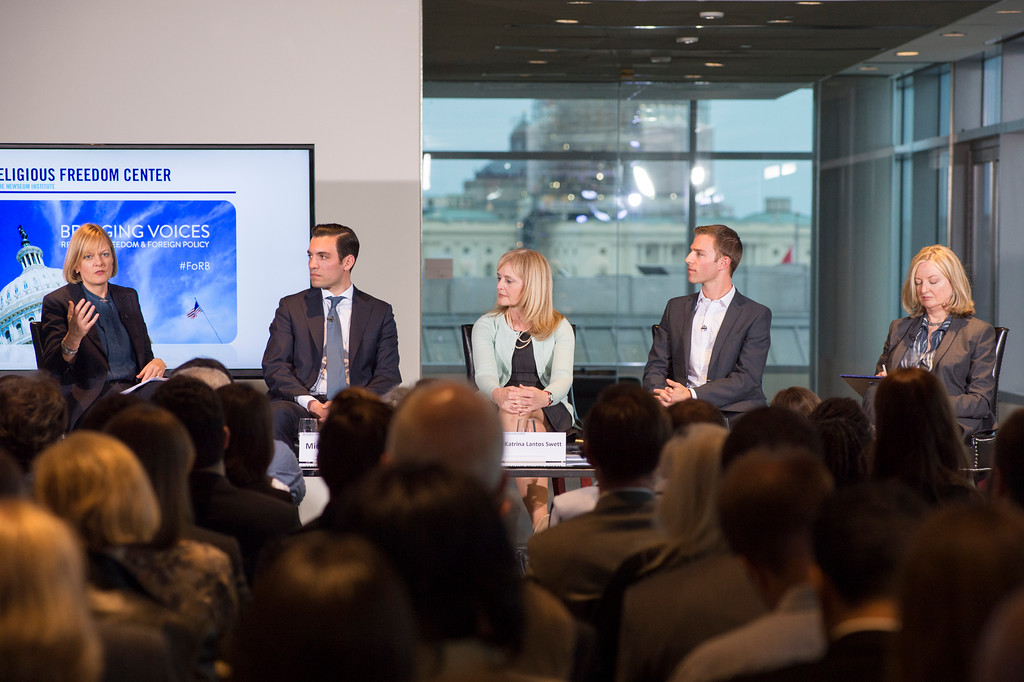 On April 16, 2015, the British Council, the Religion Newswriters Foundation, the Center on Religion and the Professions at Missouri School of Journalism, Lancaster University (UK), and the Religious Freedom Center of the Newseum Institute assembled a panel of experts for a lively dialogue about the role of religious freedom in foreign policy.

Freedom of religion or belief is a rapidly emerging foreign policy priority for many of the world’s leading democracies. These initiatives are often easy political wins for many policymakers working on the issue. They often face little public opposition for their advocacy, and media outlets often follow suit, reporting political talking points on religious freedom as simple and obvious truths. But critical questions needed to be addressed:

Click photo to enlarge. All photos below courtesy of Maria Bryk/Newseum.