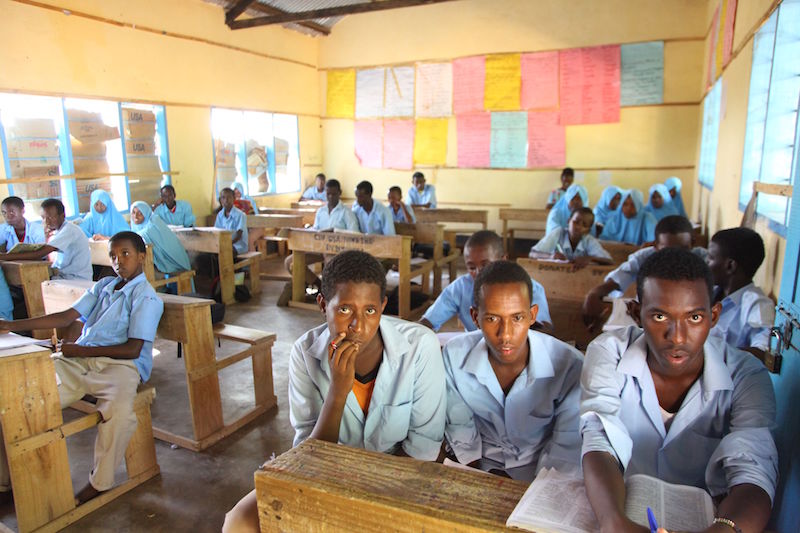 Students at Iftin Primary School in Garissa, Kenya. Many schools in the region are shutting down because Christian teachers are afraid of Al-Shabab attacks. Photo: Fredrick Nzwili

NAIROBI, Kenya (RNS) Recent attacks by Somalia’s al-Shabab Muslim militant group have forced the closure of dozens of schools in Kenya’s north, as Christian teachers refuse to work because of security fears.

The crisis follows the massacre of 148 Christian students at the Garissa University College in April. The predominantly Muslim region relies on Christian teachers for its schools, but those teachers have been singled out by the terrorist group because of their faith.

“Teachers left and did not report back, so some schools have since closed down,” said Roman Catholic Joseph Alessandro of the Garissa Diocese.

At least 95 public schools have been shut indefinitely, according to Jacob Kaimenyi, the cabinet secretary of Kenya’s Ministry of Education. Nearly 500 others face closure as more than 2,000 teachers refuse to resume work, according to the ministry.

More than 80 percent of Kenyans identify as Christian, with Muslims making up about 11 percent of the population.

Although many public schools have been shut down, the church schools are still functioning but have fewer students and teachers, according to Alessandro. He said teachers are being hired by Muslims who are paying them more, leaving the church schools with fewer instructors.

“We are trying our best not to shut down. Parents had asked for security in schools and the government has provided some,” he said.

Since last year, Al-Shabab attacks have been growing in intensity, peaking with the university massacre in which militants separated Christians from Muslims before killing the Christians.

In November, the militants killed 28 people, mainly teachers, traveling home for Christmas from the border town of Mandera.

Last week, the militants stormed two Kenya villages near the border, herded villagers into mosques and lectured them on the Quran and Al-Shabab’s mission. They later retreated into Somalia. 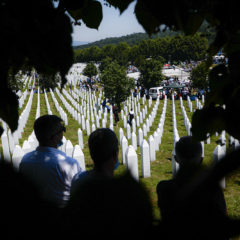 Opinion
25 years after Srebrenica, what happened to ‘Never Again’?