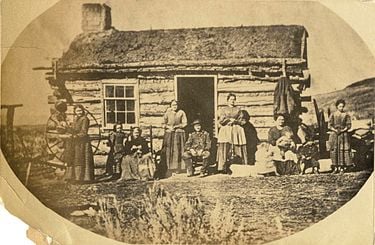 For years, religious conservatives argued against same-sex marriage by saying that it would put society on the slippery slope to (horrors!) polygamy. Now comes the New York Times‘ Ross Douthat, a day late and a dollar short.

In yesterday’s column, Douthat seizes upon a new Gallup study that shows a broad shift to the left in Americans’ social values during the present century. The exception, he says, is on abortion, but actually it’s not an exception; the pro-choice position has gained some ground. The exception is adultery — where the old-time disapproval is holding firm at over 90 percent.

You’d think Douthat would take some comfort in that, but instead he leaps at the polygamy approval number, which has jumped from seven percent in 2003 to a not-so-whopping 16 percent. He sees it as “bobbing forward in social liberalism’s wake,” even as he concedes that the only out-and-out polygamists are fundamentalist Mormons and traditionalist Muslims.

A couple of months ago, he had this to say about how a liberalizing American culture should go forward “on issues related to sex and marriage and abortion and homosexuality and more.”

One possibility, the one I favor and have argued for (for self-interested but hopefully principled reasons as well), is basically to allow a fairly wide latitude for these religious subcultures, with legal protections and a general tolerance that makes it relatively easy for the observant and traditionalist not only to worship and find fellowship but also to run businesses, schools, colleges, hospitals, etc. in accordance with their beliefs.

I’d have thought the principled position for Douthat would be to support a right to polygamy, along the religious freedom lines that he thinks are necessary to enable traditionalist believers to maintain their codes of conduct. Indeed, it would be interesting to know how many of those new supporters of polygamy are frequent churchgoers and how many not, or how many are Republicans and how many Democrats. Crosstabs, Gallup?

What’s certain is that the federal judge who threw out a hunk of Utah’s anti-polygamy law is a born-and-bred Mormon whose decision turned on the constitutional right of free exercise. If polygamy is to achieve legal recognition in 21st-century America, it won’t be because of what Douthat calls “the now-ascendant model of marriage as a gender-neutral and easily-dissolved romantic contract.” It will be because of the increasingly robust view of religious liberty now being embraced by him and his kind.