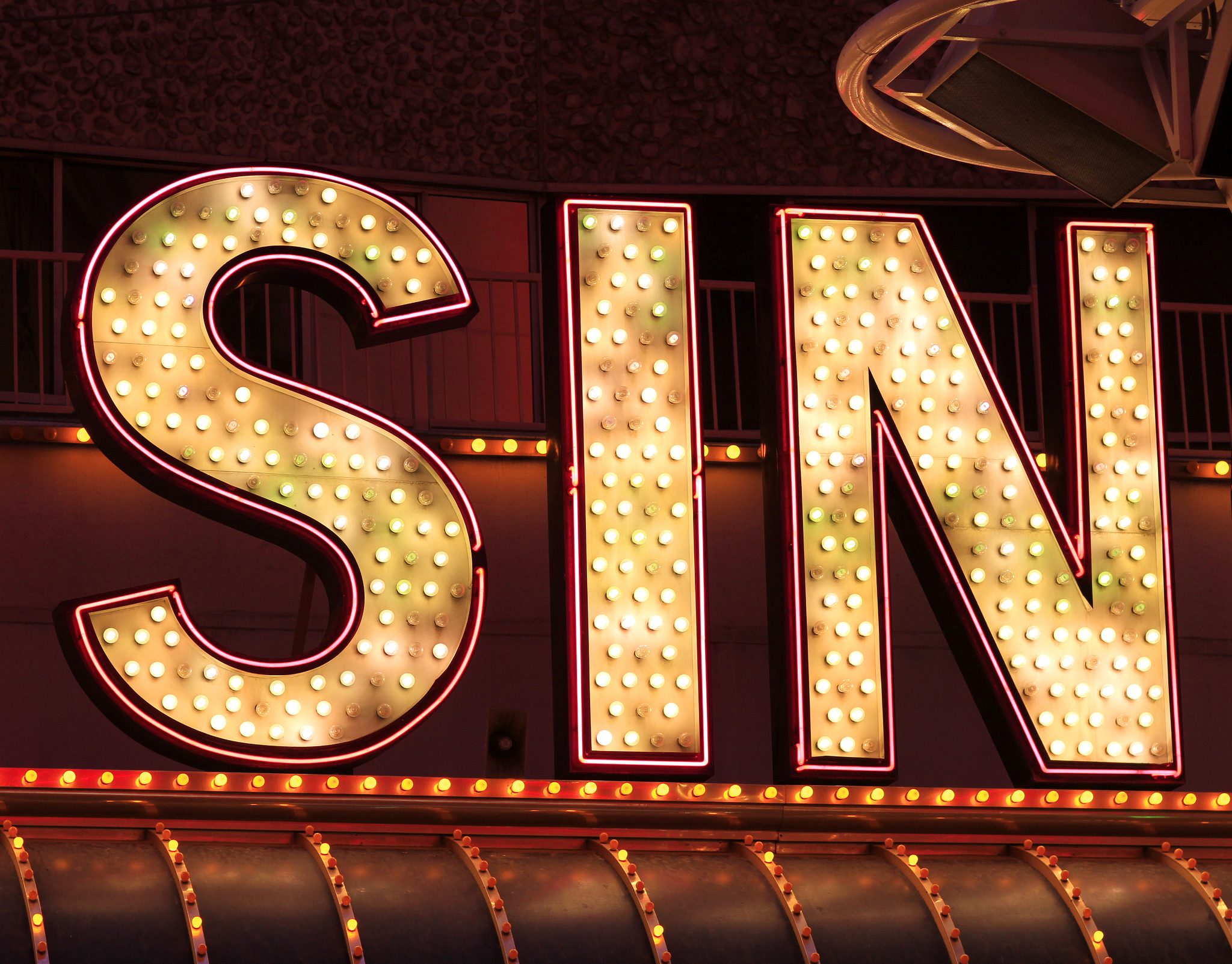 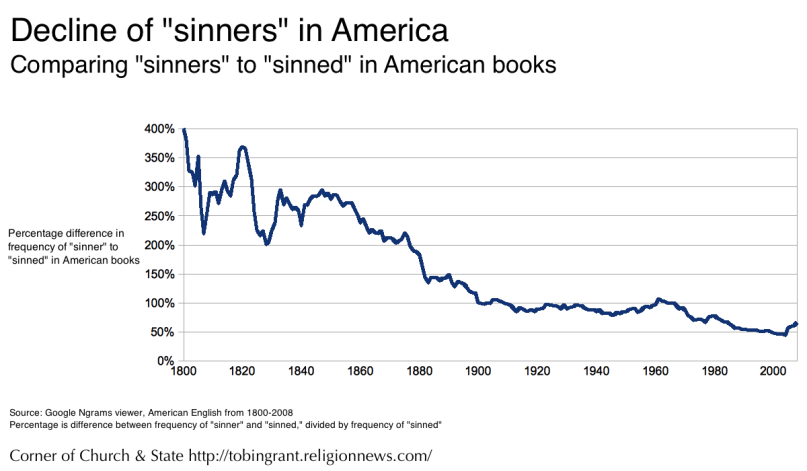 Americans don't talk about sin they way they used to. We may still "sin" but we're less likely to be "sinners."

I decided to look at how Americans have written about sin after reading a Christianity Today piece on Lester Ruth's research on older hymns and contemporary worship songs. The Duke Divinity School professor compared the language in the 70 most popular hymns prior to1860 with 110 praise songs that topped the charts since 1989. Among his findings was a difference in how "sin" is used:

To track the possible change in language, I used Google Ngram viewer. This database tracks the relative frequency of words published each year. After trying several versions of "sin", I compared the most common noun ("sinner") and the most common verb ("sinned"). The graph shows the percentage difference each year (e.g., 100% means "sinner" occurs twice as often as "sinned"). So, a decline doesn't mean sin is more or less a topic in books; a decline means that "sinner" is used less often compared to the use of "sinned."

The graph shows changes in the discussion of sin, with Americans less likely to talk about "sinners" even when talking about sinning.

There are three general eras in the graph:

This snapshot (and quick one at that) shows a change for a view of sin as something that embodies a person. Sin is something we do, but it doesn't define us.