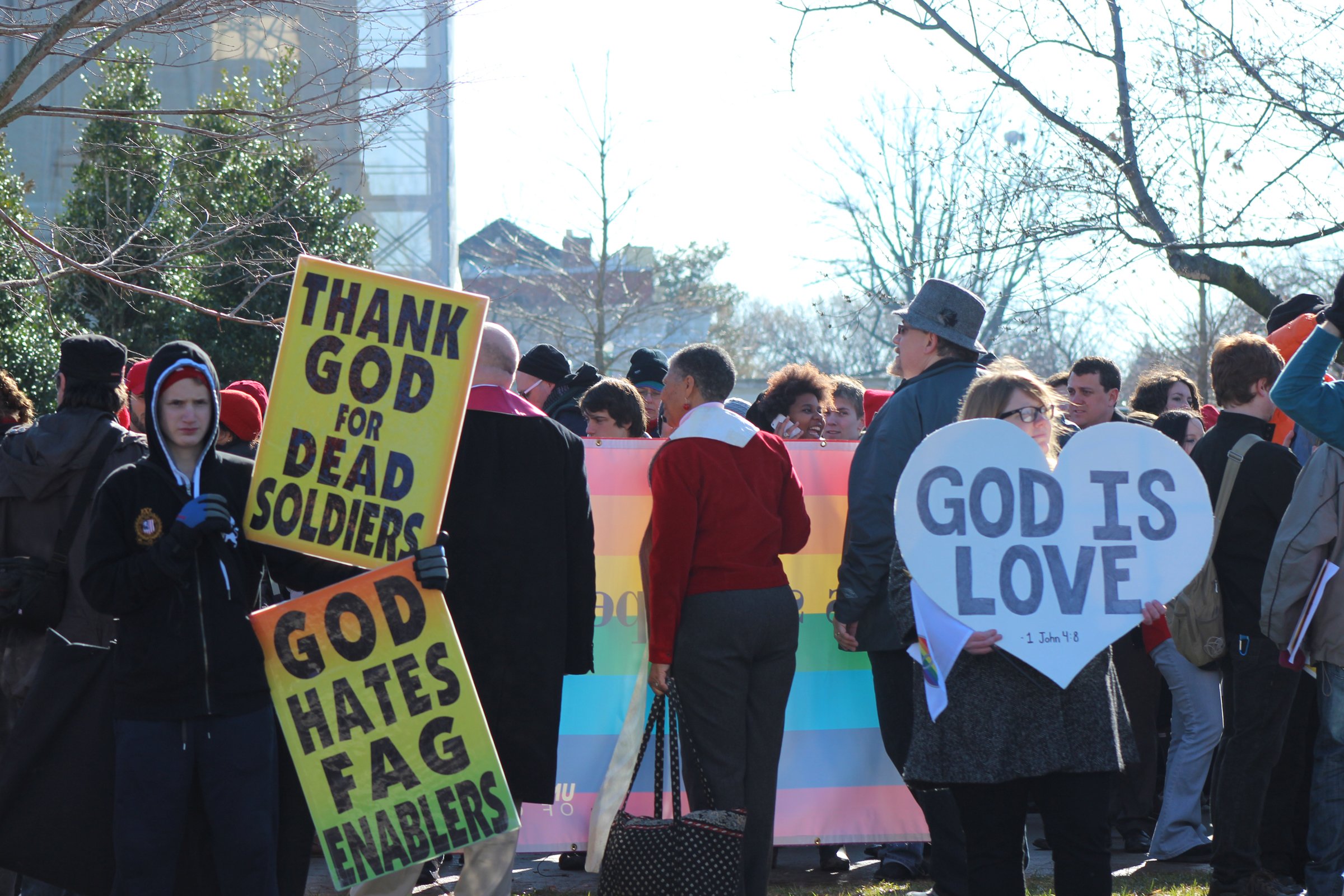 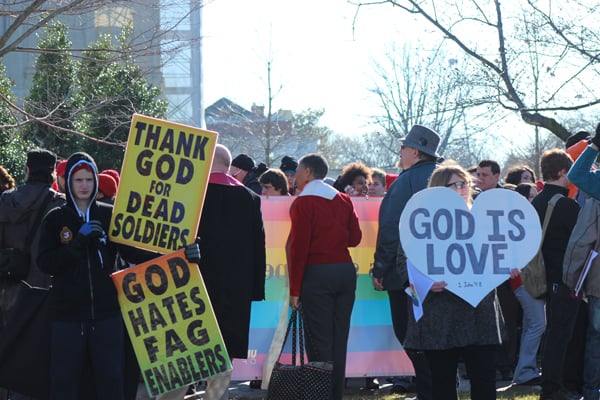 A Westboro Baptist Church sign holder, left, and gay marriage supporter spread their messages outside the Supreme Court on March 26, 2013. Throngs of supporters and opponents gathered outside the high court as it considered cases about same-sex marriage. RNS photo by Adelle M. Banks

(RNS) The Westboro Baptist Church of Topeka, Kan., will picket outside the Wilmington, Del., funeral of Beau Biden, son of Vice President Joe Biden, on Saturday (June 6), according to its website, godhatesfags.com.

The church is known for its intolerance; Westboro founder Fred Phelps Sr., who died last year, gained national prominence for organizing protests against gays and Jews, including picketing at military funerals.

Beau Biden, former attorney general of Delaware and an Iraq War veteran, died May 30 of brain cancer at age 46.

The funeral Mass is scheduled to start at 10:30 a.m. at St. Anthony of Padua Catholic Church, with President Obama giving the eulogy. Westboro plans to picket from 9:30 a.m. to 10:30 a.m., as people arrive at the church.

Westboro's protest apparently is targeting the Bidens' Catholicism and the Catholic practice of praying the rosary. The site says:

WBC to picket the funeral of Beau Biden, son of Joe Biden who holds a position of power in today's Doomed America with a very public platform with which he could give the glory to God for this event.  Rather, news reports indicate the elder Biden will be praying the rosary.  The Lord Jesus Christ plainly said to keep yourselves from idols at 1 John 5:21.  Yo, Joe!  Start reading the Bible and OBEY and get rid of the goofy beads.  They are an idol made with hands and cannot save you, Beau or anyone!

The post goes on to cite several Bible passages against idol worship, and concludes that Joe Biden "has a life time of rebellion" for which he should have repented.