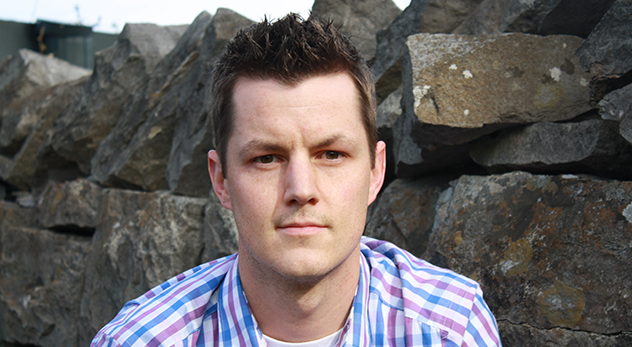 Is doubt good or bad for Christians? According to Barnabas Piper, the answer is “yes.”

The son of the prominent Calvinist pastor, John Piper, says that two kinds of doubt exists. One kind is bad, idolatrous, and usually destroys faith. But another kind, which Piper calls “believing doubt,” is healthy and leads the doubter to trust in divine mystery. In his new book “Help My Unbelief: Why Doubt is Not The Enemy of Faith,” the younger Piper says too many people throw the doubting baby out with the doubting bathwater. He says he fears for these unquestioning Christians and their untested faith. Piper says they need to learn to distinguish between the two types of faith and begin embracing the believing kind. Here we discuss his views and what he is saying that is new.

RNS: You say that God is often more interested in sparking questions than offering answers. What are some of the issues or doctrines where some Christians assumed is settled but you think is actually left open?

BP: I come from a tradition that loves to argue the finer points of theology and philosophy–the gifts of the Spirit, sovereignty versus free will, the problem of evil, etcetera. While the Bible speaks much to these kinds of debates it does not resolve the issues. The Bible isn’t a systematic theology text or a book with the answers in the back. The Bible reveals God’s character and a narrative of His work, but is not an A to Z answer book for all theological or philosophical questions. That doesn’t mean we shouldn’t keep digging; we just need to be content with some aspects of mystery.

RNS: But some people might counter that “God isn’t the author of confusion” or that God has come to reveal rather than obscure.

BP: God has revealed in scripture exactly what the world needs to be saved from our sins, to follow Jesus, and to know God’s character. The Bible lacks nothing necessary for guiding a believer to faithfulness. Without God’s word, hope would be obscured. But that does not mean what the Bible reveals is all there is of God. An infinite being cannot be communicated in a thousand volumes let alone a thousand pages. Aspects of God are obscured because we, as finite beings and cannot grasp them. But that in no way undermines the perfect revelation of Scripture.

RNS: In the book, you seek to wrestle with the existence of a good God in a world filled with evil. What do you say about this old question that’s new?

BP: I guess the short answer is that there’s nothing new under the sun, so I simply try to introduce readers to truths that have been said by many wiser people than myself for ages. Primarily, I want readers to see that God’s character is to be trusted even when God’s purposes cannot be understood. We cannot hold God to an if/then, cause-and-effect construct the way we other people do. If God is infinite and infinitely good then God has purposes and plans beyond our understanding. God sees all happenings in all of history at once – how they fit together and how they proceed toward the end He desires. If God is like that, all we can do is rest on His character and promises. We can ask “why?” and God may answer, but if He doesn’t or if we don’t like the answer, that doesn’t give us the moral high ground.

RNS: Your father, John Piper, seems to believe that God causes or allows certain types of events one might call “evil.” He has said before that God has caused a natural disaster like a tornado that killed innocents. Do you disagree with him, and if so, how?

BP: I agree that God causes such events. I think it is apparent in Scripture that God “brings prosperity and creates disaster” (Isaiah 45:7). There is more than one reference to God causing natural disasters–the plagues in Exodus, hail falling on Israel’s enemies in Joshua 10, the story of Jonah–or stopping them, not to mention taking life and giving it. Where I differ from my dad is how I would express this and my comfort level with it. I mentioned earlier that God’s purposes are beyond our understanding. While I fully believe that God does these things, I also fully believe–as does my dad–that they are horrific tragedies. I hate what they do to people–as does my dad. Because of that, I lean more toward expressing sorrow than making a bold statement about God’s will.

RNS: Do you believe that God has predestined some people to hell before their birth or is this something that, in your unbelief, you aren’t so sure about?

BP: I believe what Ephesians says, that some have been predestined for adoption. The logical out-workings of that are at the core of the Calvinism debate. As you follow the thread of the debate you arrive at a place where it ends, not in conclusion, but in mystery. I think the thread is worth following for the sake of understanding scripture better, but I also think that how it works, how God chooses whom for what, remains in the realm of mystery.

RNS: What do you think of the modern apologetics movement? You know, all the answers that demand verdicts and such? How does this answers-based approach miss the mark, if at all?

BP: The contribution of apologetics, at least from the more thoughtful side of the movement, is great because they raise the level of people’s critical thinking. They ask hard questions and seek clear answers. And they dismantle the terrible arguments of new atheists. Those are good things. Where apologetics can go astray is when it presents itself as having all the answers or implies that all mysteries can be resolved. This can lead to the mindset that people can be argued into faith in Christ, which is false. Evidence can lead people of a certain disposition closer to seeing truth, but actually seeing remains a miraculous work of the Holy Spirit.

BP: I affirm doubt. [tweetable]I think doubt is a driving force in discovering truth, not something that should be condemned.[/tweetable] I refuse to answer questions about God or the Bible with neat constructs or nicely buttoned up answers. [tweetable]My aim is to cause a certain amount of discomfort for Christians who’ve never questioned.[/tweetable] I fear for them. If you have never questioned, your faith is untested and possibly a hollow, rickety thing. I also want to offer some hope and encouragement for the perpetual questioner and point them to certain truths that can be clung to no matter what.

RNS: Your last book was on being a Pastor’s kid, and as a fellow PK, I enjoyed it immensely. How has being raised in a minister’s home specifically contributed to your sense of doubt and wrestling?

BP: It was directly responsible for my greatest struggles with belief because I grew up around all the answers. I could spout them all and argue all their points, but the gap between what my mouth said and my heart clung to was great. That gap was my unbelief and where my questions came from. Did I really believe all this stuff I said? Was it really worth believing? Did I really know Jesus? Seeking answers to those questions is where this book was born.