I occasionally include guest commentaries that advance a public discussion (see one here). In this post, Matthew Vines responds to a recent The Gospel Coalition post that has resonated among conservative Christians. Together, the two posts show the many questions facing Christians as they respond to developments on marriage and LGBT rights.

Kevin DeYoung wrote a widely-shared article at The Gospel Coalition this week called “40 Questions for Christians Now Waving Rainbow Flags.” Given that I’ve already answered many of his questions in my book, God and the Gay Christian: The Biblical Case in Support of Same-Sex Relationships, I decided instead to pose 40 questions of my own to Christians who oppose marriage equality. 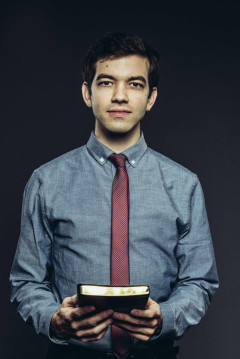 Founder and President of The Reformation Project Matthew Vines, in Washington, DC on November 25, 2014. Photo by Stephen Voss.

Matthew Vines is Founder and President of The Reformation Project. He is author of , God and the Gay Christian: The Biblical Case in Support of Same-Sex Relationships. His work has been featured recently in the New York Times and Time.