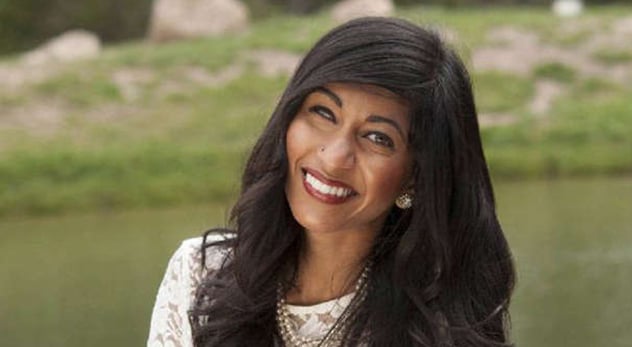 Rifqa Bary made headlines when she claimed her Muslim parents threatened to kill her. But a report by the Florida Department of Law Enforcement (FDLE) found discrepancies in Bary’s story. Here she shares her story. – Image courtesy of Rifqa Bary

In 2009, Rifqa Bary ran away from her home in Ohio, at the age of 16, claiming that her Muslim parents were threatening to kill her for converting to Christianity. The story made national news, but Bary’s parents claimed she was lying and was not in danger. The young girl sought refuge with an Orlando-based pastor who later turned her over to child welfare. Florida governor Charlie Crist and Sen. Marco Rubio also made comments on the matter, but critics claim this only politicized the matter. A report by the Florida Department of Law Enforcement (FDLE) found discrepancies in Bary’s story, but she still remained in state custody until she turned 18 years old.

RNS: Your family is originally from Sri Lanka. Why did they move to the United States to begin with?

RB: At age 6, my life and my relationship with my family changed forever. First, a member of my extended family sexually abused me. Then later that same year my older brother accidentally blinded me while playing with a toy airplane. After these things happened, my family treated me differently, like I was damaged and they were ashamed of me. Looking back, I believe that being sexually victimized and losing an eye brought shame to our family. My family moved from Sri Lanka to the US to escape shame, even while they were saying it was just to get me medical attention for me, but we never returned.

RNS: And can you talk about your conversion experience after moving to America?

RB: In the U.S., my father regularly physically abused me, often punching me in the chest, shaking me furiously and throwing me across the room. I tried to give myself to Islam in order to find freedom, but all I found was abuse and oppression. By the time I was 12, I was contemplating suicide. With nothing else to do, I prayed. I asked God to show up—whoever He was.

The answer to my prayer came when a girl at school invited me to church. Without my parent’s knowledge, I went. My life changed that day. I found love, freedom and mercy in Jesus. I had to keep my faith secret, because it would bring dishonor on my family. If my father beat me because of unintentionally dishonoring the family, what would he do if I decided to leave Islam? I was terrified of what would happen if he knew I had become a Christian.

RNS: When you fled your home at age 16, it ended up gaining you national media attention. Talk about why you left.

RB: My parents claim they always knew about my faith and let me practice Christianity. Why would I leave home if I was free to practice my faith? Why would I choose to live in the foster care system? If my parents are telling the truth, my life would have been much easier if I had gone home. I chose to stay in foster care, moved from placement to placement, separated from my friends, rather than return to the abuse and threats I experienced at home.

My friends knew I had to hide my faith from my family. Pastor Brian Williams risked arrest and felony charges to help me escape. If my father was willing to move our family to another country to escape the shame of my sexual abuse, what would he do if I committed apostasy, one of the worst crimes in Islam? He told me, “If you are a Christian . . . I will kill you.”

RNS: This occured years ago. Why are you writing about it now?

What I want through traumatized me. From the beginning, people encouraged me to share my story. I just couldn’t talk about it then. I’ve had several opportunities to share my story on national platforms, but I’ve declined all of them. I felt overwhelmed and needed time to heal. It took five years for me to feel safe enough to even think about sharing my story.

RNS: When the FDLA conducted an investigation of your family, they found no credible evidence of abuse or other claims you made. Your parents denied ever threatening your life. Why should we believe that you are telling the truth and your life was truly in danger?

RB: When a child is taken into the court system, it appoints someone to be an advocate for the child called a Guardian ad Litem. This individual is not hired by me but simply appointed by the court system to seek what it calls “my best interest.” My Guardian ad Litem was furious that FDLE would make such a pronouncement after only speaking with my parents in Florida and not talking with the witnesses who were in Ohio. The abuse occurred in Ohio, not in Florida. I don’t believe that the court did a “full investigation” and that it had any basis for saying there was “no credible threat.”

It seems that FLDE simply took my parent’s word about the abuse and threats. If the standard for protecting someone from abuse is that their abuser has to confess, very few victims will be protected from abuse. I now suspect that I was treated differently because of the issues surrounding the case that had to do with my religion, but I do not think that the fact that I have come from a Muslim family means I should be less protected than someone else.

RNS: The description for your book indicates that whenever someone converts from Islam to another faith, their life is placed in danger. But I know many Muslims who have converted and faced no such threats. Shouldn’t you be careful not to give the impression that this sort of response is endemic to the religion itself?

RB: I am not an authority on Islam; I only know what I was told. My understanding growing up is that people who left Islam deserve death. I am glad if other people have embraced Christianity from Islam and have not been threatened with death — that gives me joy but this was not my reality. All I know is what I experienced.

RNS: Many conservatives–such as Marco Rubio and Charlie Crist–got involved in your situation and politicized it to some extent. Did you then or do you now feel that they were using you for some kind of political gain?

RB: My feelings about Charlie Crist and Marco Rubio are different. I was very disappointed with the actions of the State of Florida after what Governor Crist had said publicly and privately about my case. I can’t judge his motives. All I can tell you is that his words and actions didn’t seem to match, especially with what happened in court.