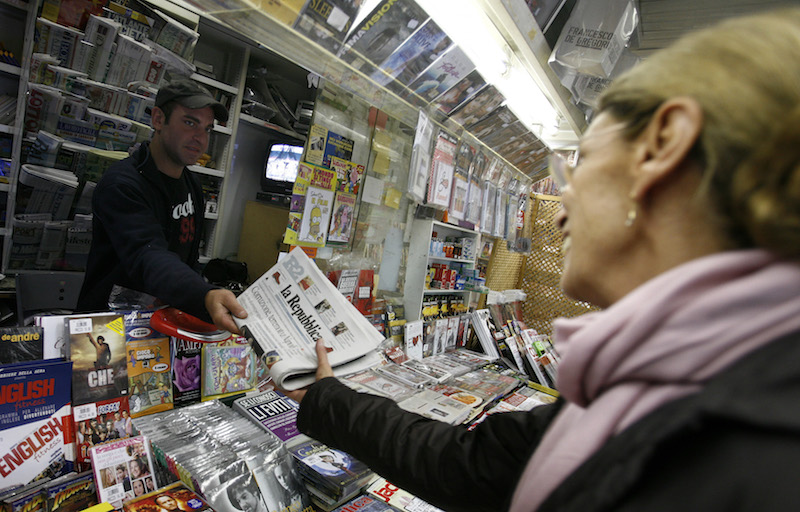 VATICAN CITY (RNS) The Vatican said Friday (July 24) it has banned an Italian journalist from the papal plane during Pope Francis’ trip to the U.S. as punishment for his newspaper's role in breaching the embargo on the pontiff’s hotly anticipated encyclical.

While dozens of journalists will board the papal plane this September for Francis’ first official visit to Cuba and the U.S., longtime Vatican correspondent Marco Ansaldo will be forced to seek an alternative route. Ansaldo’s application to travel with the pope was rejected because his newspaper company broke the embargo.

La Repubblica, a top left-leaning daily, came under criticism from the Vatican last month when its media conglomerate, L’Espresso, published an advance copy of the pope’s environmental encyclical.

The Vatican was swift in banning the L’Espresso journalist responsible for the leak, Sandro Magister, from the Vatican press office indefinitely.

But La Repubblica said Friday that the Vatican’s latest move went too far, describing the decision as “ridiculous and anachronistic.”

“We will defend our work and demand to not be discriminated against in doing so, in the service of our readers and the community interested in the truth,” the newspaper wrote.

The sanction does not ban La Repubblica from reporting on the foreign tour, although losing out on a seat on the papal plane is a considerable hit, as Francis is known to speak freely to journalists during flights.