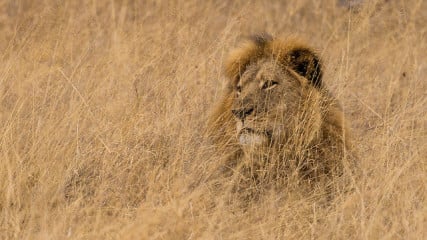 When an American friend posted news of Cecil the lion’s death yesterday on Facebook, I was touched. That poor lion. That despicable dentist. I added a frowny face to the comments section and moved on to more important tasks.

When I returned to Facebook a few hours later, my newsfeed was flooded with sheer outrage at Cecil’s gruesome assassination. Virtual memorials started popping up. #CecilTheLion became a top trending topic on Twitter in the US. My frowny face quickly morphed into one of full blown confusion.

When a lion killed an American woman last month in South Africa, where I now live, the story made a few headlines, but the Internet did not melt. Perhaps Americans assume “Lion bites woman” is the African equivalent of “dog bites man” — too frequent and ordinary to merit any mention.

But when man bites dog, or when man shoots lion with an arrow, Americans conjure up images of Simba and Mufasa, the only reference many have to a continent of 1.1 billion people three times the size of their own country, and lose their proverbial scat.

1. “President” Robert Mugabe has been in power for 35 years

When President Obama told the African Union on Tuesday that “nobody should be president for life,” he probably had Robert Mugabe in mind. The 91-year-old dictator has been in power for nearly 35 years, initially as prime minister. He upgraded to president a few hours after I was born in December of 1987.

In the early 1980s, then Prime Minister Mugabe orchestrated the massacre of more than 20,000 people for political gain. In the late 90s and early 2000s, President Mugabe proudly oversaw Zimbabwe’s complete economic destruction when he seized land from some 4,000 white farmers and redistributed it to black farmers without ensuring that they knew how to adequately cultivate it. When Zimbabwe’s agriculture-based economy dried up as predicted, the country printed more money. Inflation peaked at 8 billion percent in 2008 before authorities stopped trying to track it. Last month you could buy 35 quadrillion Zimbabwe dollars for $1. That’s 35 followed by 15 zeros.

2. Expression is far from free

Zimbabwe’s Declaration of Rights, adopted along with a new constitution in 2013, guarantees freedom of conscience, assembly, expression and association. Nice in theory, but hard to uphold when repressive laws that strangle these rights are still being enforced. Journalists face criminal prosecution for doing their job. Protesters are arrested and beaten. Religious groups and leaders are harassed.

3. The letter of the law protects women. The rule of law does not.

The government’s failure to uphold the Declaration of Rights hits women especially hard. Illegal discrimination keeps many women out of the workforce. Those who do enter the formal labor market face sexual harassment more often than men, a crime that is often ignored. One-third of girls marry before the age of 18. Illegal forced marriages still occur, often accompanied by domestic violence and sexual assault. According to Freedom House, a third of girls do not attend primary school and two-thirds do not attend secondary school “due to poverty, abuse, and discriminatory cultural practices.” 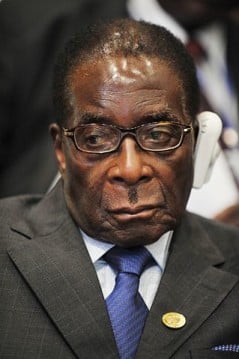 Zimbabwe’s constitution guarantees fundamental rights and freedoms to everyone regardless of “race, tribe, place of origin, political opinions, color, creed or sex.” Notably absent from that list are sexual orientation and gender. Gay sex is illegal, subject to a fine and one year in prison. LGBT activists face arbitrary arrest and harassment by police. President Mugabe has publicly told gay people, who he considers lower than “pigs, goats and birds,” to go to “hell.” After SCOTUS made gay marriage legal in all 50 states last month, Mugabe mocked the decision and joked that he would propose to President Obama, who is still waiting for that ring.

5. Property rights are a pipe dream

The Declaration of Rights devotes more than 2,000 words to a section titled “Protection from deprivation of property,” which might have something to do with that whole land reclamation SNAFU I mentioned earlier. Despite the provision, police continue to seize and demolish homes. After thousands of people displaced by floods protested being moved to a disputed transit camp, police beat and arrested 300 of them and even burned some of their temporary tents. Elsewhere others’ homes were demolished without necessary court orders, and the government continues to seize commercial land owned by white farmers.

If after reading this you’re still crying for Cecil the lion, conjure up a few tears for Zimbabwe’s 14 million quadrillionaires who wake up each morning to Dictator Mugabe’s economic and political tyranny.