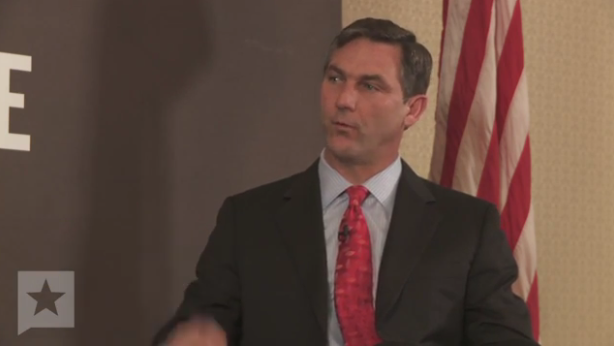 DALLAS, Aug 3 (Reuters) - Former college football broadcaster Craig James filed suit on Monday in Dallas saying he was fired from his job by Fox Sports Southwest due to his stated opposition to same-sex marriage.

The former New England Patriots running back is seeking at least $100,000 in damages and a jury trial to hear claims against Fox Sports that include breach of contract and discrimination. USA TODAY described him as a longtime color commentator for ESPN who quit to run for the Senate in 2012.

During the campaign in interviews with The Texas Tribune, James said he opposed gay marriage and that gay people would one day "have to answer to the Lord for their actions."

A Dallas lawyer representing Fox Sports was not immediately available for comment.

James, who played college football for Southern Methodist University in Dallas, was hired by Fox Sports Southwest in August 2013 and fired days later.

In the suit, James alleges he was terminated over remarks he made against gay marriage during a political debate during the senate race.

"Today, many people have lost their jobs because of their faith. Sadly, countless are afraid to let their bosses know they even have a faith," James said in a statement on Monday.

"This is America and I intend to make sure Fox Sports knows they aren't above the law."

Last year, James filed a complaint with the Texas Workforce Commission over his firing. Fox later issued a statement saying James was hired by regional executives and was not "properly vetted."

James has alleged that a national Fox Sports spokesman told The Dallas Morning News that James was terminated from Fox Sports Southwest for religious beliefs against same-sex marriage.

James is being represented in his lawsuit by the Texas-based Liberty Institute.

In its statement last year, Fox called James "a polarizing figure in the college sports community" and said "the decision not to use him in our college football coverage was based on the perception that he abused a previous on-air position to further a personal agenda," according to USA TODAY.