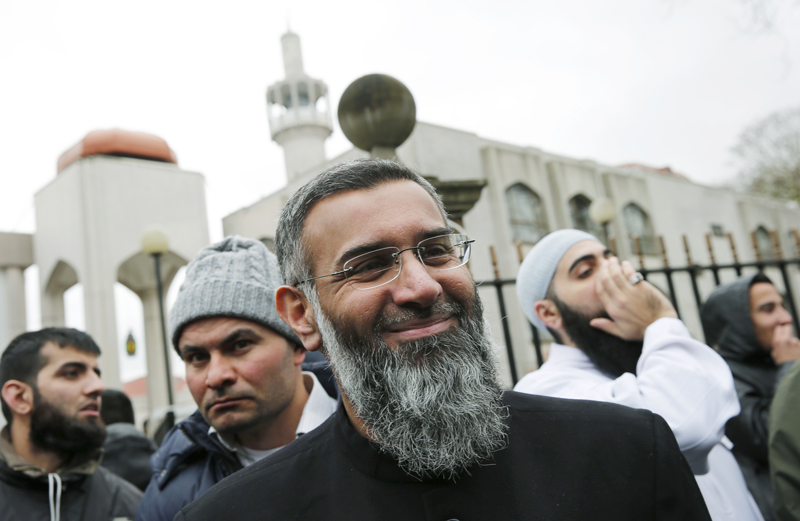 Activist Anjem Choudary leaves London Central Mosque after speaking at a rally calling for British Muslims not to vote as part of the Stay Muslim Don’t Vote campaign in London on April 3, 2015. Photo courtesy of REUTERS/Suzanne Plunkett

LONDON  (Reuters) — Anjem Choudary, Britain’s most high-profile Islamist preacher, well-known globally for praising the men responsible for the Sept. 11 attacks on the United States, was charged on Wednesday with inviting support for the Islamic State (IS).

Choudary, 48, was accused of using lectures published online for encouraging support for the banned organization, which has seized territory in Syria and Iraq.

“It is alleged that Anjem Choudary and Mohammed Rahman invited support for (IS) in individual lectures, which were subsequently published online.”

The two men are due to appear later on Wednesday (Aug. 5) at Westminster Magistrates Court in London.

Opinion
The world’s largest Muslim pilgrimage site? Not Mecca, but the Shiite shrine in Karbala
News
Seven years later, still no trace of Jesuit priest kidnapped in Syria
News
‘I have to find the Mecca of my heart’: Muslims grieve as hajj is drastically limited
Coronavirus
Coronavirus restrictions on mosques bring women to the fore
Signs of the Times
Crowded into camps, refugees are sitting ducks for COVID-19