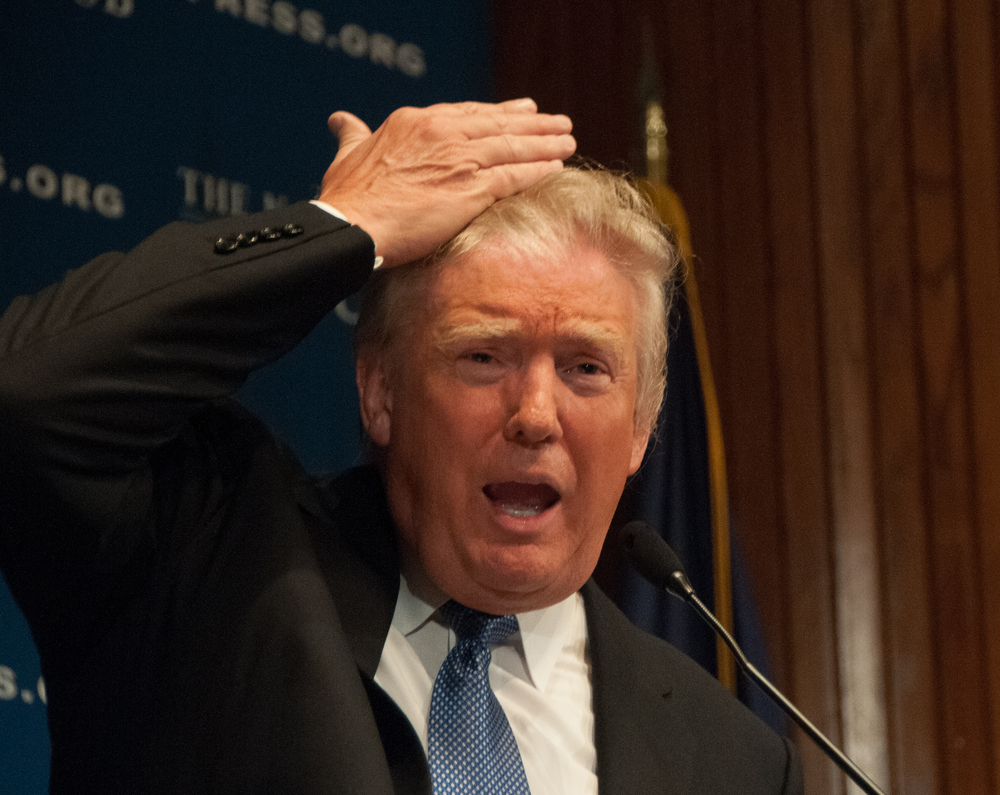 "We want to ask them an interesting closing question from Chase Norton on Facebook, who wants to know this of the candidates: "I want to know if any of them have received a word from God on what they should do and take care of first."

The question was both inappropriate and bizarre.

Let's talk about the Donald and God.

Donald Trump has told Frank Luntz: “I am a religious person. People are so shocked when they find this out—I’m Protestant. I’m Presbyterian. I go to church. I love God and I love my church."

Why are people so shocked when they find this out about Donald Trump?

Could it be because he lacks at least five religious virtues?

Getting gynecological (though Trump denies that this was the reference)? C'mon.

In the context of this political conversation, we are talking about immigrants. Because God said so.

Of course, for many people, this is Donald Trump's most endearing quality -- "he says what he thinks." To quote one of his fans: “He’s speaking for the majority of Americans, and I’m certainly excited about the energy—positive or negative—that he’s bringing to this race.”

Honesty is a good virtue. But we should be judging the content of his honesty, not his honesty itself. Not to make gratuitous comparisons, but there have been many people in history who said just what they meant, and we lived to regret not only their candor, but the content of that candor.

Frank Luntz asked Trump whether he has ever sought forgiveness for his sins.

“That’s a tough question. If I make a mistake, yeah, I think it’s great. But I try not to make mistakes,” Trump replied. “Why do I have to repent, why do I have to ask for forgiveness, if you are not making mistakes?”

Donald Trump says that he is a religious person. We have no choice but to take him at his word. Only God really knows what's going on inside someone's soul.

But it is the hallmark of the religious person to believe that he or she is not at the center. Abraham Joshua Heschel taught: we are the spokes of the wheel, not its hub.

All of those virtues are general, biblical religious virtues. But let's just talk about the Jews, for a moment.

Donald Trump has numerous Jewish connections. Why wouldn't he? His roots are in Jamaica Estates, in Queens. His father, Fred Trump, was a major real estate developer. I once found a Jamaica Jewish Center dinner dance journal -- from 1943! -- in our basement. It contained a full page ad from Fred Trump, "in honor of my friends at the Jamaica Jewish Center."

Not only that: Donald's daughter, Ivanka, converted to Judaism and has become Orthodox.

Which means that a potential Donald vs. Hillary race could mean "the war of the machetanim" (Jewish inlaws).

Nu, Ivanka: maybe you could teach your father a little bit of what you, by now, surely know?