(RNS) Rebuffing a campaign among Jewish organizations to scuttle the Iran nuclear deal, 340 rabbis sent a letter to Congress Monday (Aug. 17) supporting the agreement and rejecting the notion that most American Jews oppose it.

“Most especially, we are deeply concerned with the impression that the leadership of the American Jewish community is united in opposition to the agreement,” the letter states. “We, along with many other Jewish leaders, fully support this historic nuclear accord.”

The Jewish community around the world, concentrated in the U.S. and Israel, has paid close attention to the nuclear deal, which was negotiated by the U.S., Iran, Great Britain, France, Germany, Russia China and the European Union. It aims to hamper Iran’s ability to produce a nuclear weapon and would lift sanctions on the theocratic regime.

Many American Jews, citing Iran’s leaders’ repeated denunciations of the U.S. and threats to destroy Israel, have concluded that no deal with Iran is a good deal. Several national Jewish organizations, including the American Israel Public Affairs Committee — as well as many evangelical Christians — are lobbying Congress to vote it down.

The rabbis who sent the letter Monday argue that, while they have reason to distrust Iran’s leaders, the deal is the best available strategy to confront the specter of a nuclear Iran. And they want to challenge assumptions that Jews who oppose the deal represent American Jews as a whole.

“A wide array of views about the nuclear deal exist among American Jews,” said Rabbi Rachel Mikva of Chicago, who signed the letter.

She and others point to a recent poll from the L.A. Jewish Journal, which showed that Jewish Americans support the Iran deal by a larger margin than Americans in general, with 49 percent of American Jews approving of it, and 31 percent disapproving. The poll, of 501 American Jews, had a margin of error of plus or minus 6 percentage points.

The signatories to the letter include many rabbis in the more liberal Reform movement — the largest stream of Judaism — but also at least 50 rabbis from the more traditional Conservative movement, and at least one Orthodox rabbi, according to organizers of the effort. 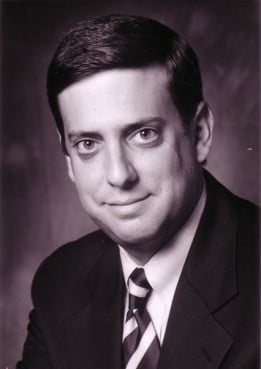 Nathan Diament, director of public policy for the Orthodox Union.

“There is no denying that there are differences of opinion within the mainstream Jewish community,” said Nathan Diament, executive director for public policy of the Orthodox Union, which represents most of the 10 percent of American Jews who call themselves Orthodox.

While the Orthodox Union does not claim to speak for all of American Jews, and while the deal should not be judged on a poll, there is no question that the Orthodox are overwhelmingly opposed to the agreement, he said. “We are planning to bring hundreds of rabbis to Washington in early September to lobby Congress and make this point.”

The Reform Jewish movement plans to release a statement on the deal this week.

Congress is expected to vote on the deal in mid-September.