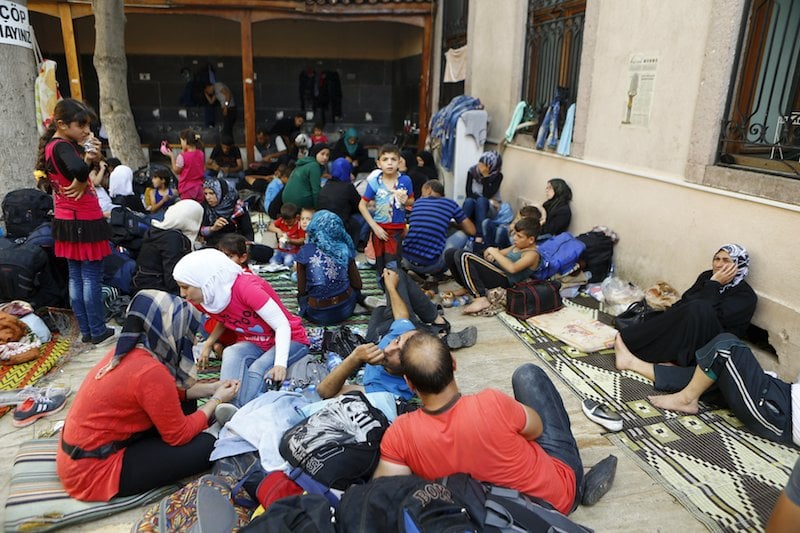 Slovakia ministry says it will take 200 of the hundreds of thousands of refugees, chiefly Muslim, in Turkey and Italy. Picture taken August 10, 2015. REUTERS/Osman Orsal

RATISLAVA (Reuters) – Slovakia would prefer to accept Christian refugees under a European plan to resettle people who have fled from wars and poverty in the Middle East, Asia and Africa, the Interior Ministry said on Thursday.

“We want to choose people who really want to start a new life in Slovakia. Slovakia as a Christian country can really help Christians from Syria to find new home in Slovakia,” spokesman Ivan Netik said.

“For most migrants we are only a transit country. In Slovakia we have really tiny community of Muslims. We even dont have mosques.”

If Muslim asylum-seekers chose Slovakia, they would not be discriminated against, he said. But Slovakia would not take in refugees who did not want to stay in the country but intended to move on.

“We do not discriminate against any religion, but it would be a false, insincere solidarity if we took people…who dont want to live in Slovakia,” he said.

The total of 200 refugees the country has pledged to take is only a tiny proportion of the 60,000 that EU members are trying to distribute under a European Commission plan.

Germany is the main destination for refugees fleeing violence and poverty in Asia, Africa and the Middle East. The German government expects the number of asylum-seekers and refugees to quadruple this year to a record 800,000.

Asked about the Slovak position, European Commission spokeswoman Annika Breidthardt said: “We act all in the letter and the spirit of the Treaty, which prevents any form of discrimination.”

Slovakia is not alone in showing a preference for Christians. Czech President Milos Zeman, who has long stressed the threat from Islamist militants and has called for United Nations strikes on their bases, has also said he would prefer prefer Christian migrants.

Slovakia, a country of 5.4 million has a Roman Catholic tradition and tiny number of immigrants. Only 109 have sought asylum this year.

Despite that, several thousand people took part in a march against immigration in Bratislava in June. Police detained over 100 people after the crowd torched police cars and attacked bystanders.

A plan to provide temporary housing for 500 refugees seeking asylum in Austria led to protests in the southwestern town of Gabcikovo this month.