PHILADELPHIA (RNS) Writing about religion isn’t all hope and inspiration. 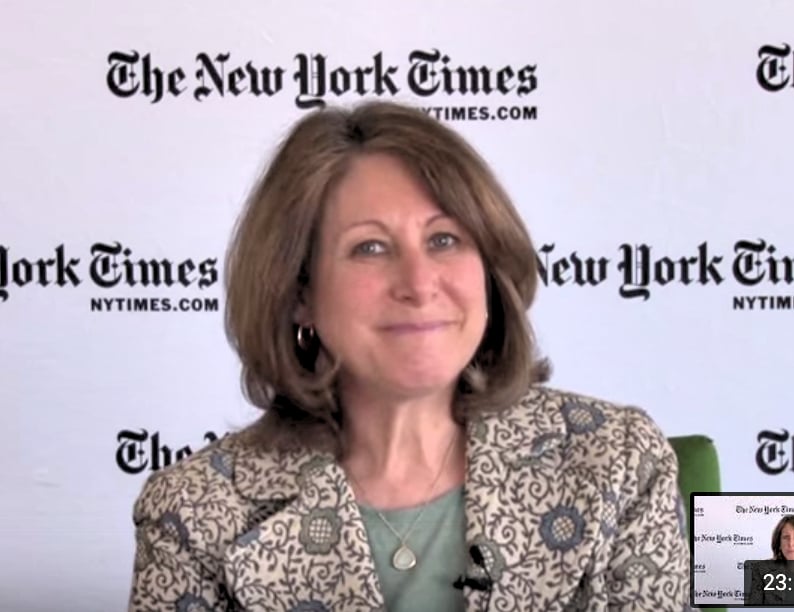 “There are days when I feel despair about the news and the place of religion in it,” said Laurie Goodstein of The New York Times, named first-place winner for excellence in religion reporting at the Religion Newswriters Association’s 66th annual awards ceremony over the weekend in Philadelphia.

“This work is getting harder,” added Goodstein, in what she said were unprepared remarks. She won in the large newspapers and wire services category for stories published in 2014.

Yet religion reporting is more important than ever, said David Gibson of Religion News Service, who won the first-place award for excellence in religion news analysis.

David Gibson is a national reporter for Religion News Service and an award-winning religion journalist, author and filmmaker. He has written several books on Catholic topics. His latest book is on biblical artifacts: “Finding Jesus: Faith. Fact. Forgery,” which was also the basis of a popular CNN series.

“The industry’s woes and the amount of news and the subject matter can weigh heavily,” Gibson added. “But then stories like the pontificate of Pope Francis and the response to him of so many people of good faith, and no faith at all, can provide a whole new perspective.”

The ceremony Saturday (Aug. 29) honored religion reporters from around the world. The group is an association for people who write about religion in the news media.

Religion writing “allows us to ask important questions that most other reporters usually ignore,  to ask people about their faith lives and to see what really makes them tick,” said Richard Dujardin, former religion reporter for The Providence (R.I.) Journal, who received the William A. Reed Lifetime Achievement Award. He retired in 2013.

The full list of winners and their winning stories are posted on the Religion Newswriters Association website.

Other winners honored by the group:

First place for excellence in religion reporting — metropolitan newspapers went to Peter Smith of the Pittsburgh Post-Gazette. Second place was awarded to Lilly Fowler of the St. Louis Post-Dispatch.

In the Cassels Award for Excellence in Religion Reporting — Small Newspapers, first place was awarded to Jennifer Preyss of the Victoria Advocate in Texas. Catherine Godbey of The Decatur (Ala.) Daily came in second place.

First place for excellence in religion commentary went to Margery Eagan of Crux. Second place was awarded to Yair Rosenberg of Tablet magazine, and Jeffrey K. Salkin placed third for work at Religion News Service. An honorable mention was awarded to Joanna Brooks of Religion Dispatches.

The Schachern Award for Excellence in Online Religion Sections was awarded to CNN Belief.

Second place for excellence in religion news analysis went to John L. Allen Jr. of Crux, and Patricia Miller from Religion Dispatches placed third. An honorable mention was awarded to the staff of The Advocate in Texas.

The award for excellence in magazine overall religion coverage went to Tikkun magazine.

The award for excellence in national network/cable news religion reporting went to Mike O’Sullivan of Voice of America.

The winner of the award for excellence in religion documentary was WGBH and Maya Vision for “Sacred Journeys with Bruce Feiler.”

The first-place award for excellence in nonfiction religion book was presented to Molly Worthen for “Apostles of Reason.” Second place went to Tim Townsend for “Mission at Nuremberg,” and third place was awarded to Laura Silver for “Knish: In Search of the Jewish Soul Food.”