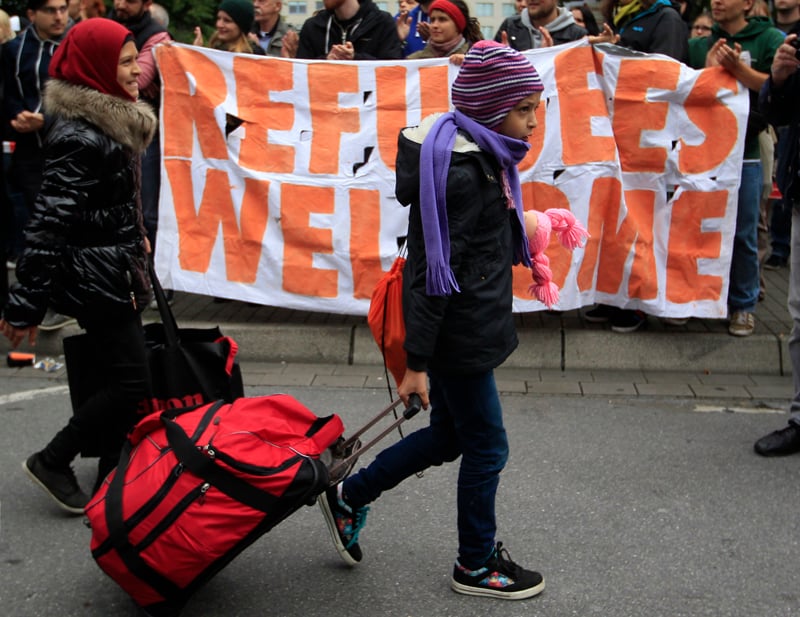 Migrants are welcomed as they arrive at the main railway station in Dortmund, Germany on September 6, 2015. Photo courtesy of REUTERS/Ina Fassbender
*Editors: This photo may only be republished with RNS-EUROPE-REFUGEES, originally transmitted on September 9, 2015.

WASHINGTON — President Obama has directed his administration to allow 10,000 Syrian refugees into the United States in the next year, an increase over the 1,500 this year but far shy of the number that refugee relief organizations had been urging.

“We know the scale of this problem. It is significant,” he said. “I will acknowledge readily that the scale of the problem will persist long after those 10,000 Syrians have made it into the United States over the next fiscal year.”

He said it’s not feasible for millions of Syrian refugees to be resettled in the United States, and that the best way to provide assistance is through humanitarian aid in the region. Earnest said a higher “seems quite ambitious and probably not possible” without Congress committing more funding.

The administration won’t comment on where that 10,000 figure fits into the overall refugee ceiling of 75,000. The current limit is 70,000, so if the number of Syrians is increased to 10,000, the United States would not be able to accept refugees from other parts of the world.