So apparently the world is going to end, like, this week. Or maybe next.

An apocalyptic Mormon movement has taken hold, preaching that yesterday, September 13, was the beginning of the end.

The details are still a bit sketchy, but apparently these folks, led by author Julie Rowe, believe that there will be a major financial crisis this month, followed by the tribulation associated with the return of Christ.

Lots of blood and death will ensue, with only a small band of committed Mormons left to save the United States, because the Constitution will be hanging by a thread, and everyone knows that it’s the Mormons’ job to intervene and pass out pinto bean fudge when the world reaches that crisis point.

So. I am in agreement about an impending financial crisis. When Robert Shiller, the Nobel prize-winning economist from Yale, says that stocks are way overvalued and we are due for a major retrenchment, I believe him. He was right about the housing debacle in 2008. He has been right about an awful lot of things.

But I am 99.9% sure that whatever financial calamity is about to befall us will be only the latest in a series of financial calamities that have taken root ever since a stock market existed — no, ever since people were greedy, which is pretty much the entirety of human history — and will not be the last.

Booms, busts, rises, falls: there is nothing new under the sun.

I fully expect that Jesus is not coming tomorrow, or next week, except in the sense that he is always coming, seeking to enter our hearts.

But I also see some value in these periodic doomsday scenarios, which can teach us a thing or two.

I’ll tell you something it did for me. I decided yesterday that I would try to live the day as though the end really had begun while I ate my Cap’n Crunch yesterday morning. What would I do differently?

At church I attempted to be a better listener and a little more charitable (which sort of/kind of/almost worked). To have that extra dose of fun in Primary. Then, at home, to be more patient with my teenager, and to have friends over for dinner and for board games. To go on a long walk with my husband, enjoying the perfect early autumn day.

I also did all the laundry over the weekend, because really, who wants to rise up to meet Jesus in dirty underwear?

Nothing I did differently was earth-shattering. None of it will either delay or engender the apocalypse. Just a little attempt to be more grateful for the sweet things in life while I have them.

As I have been researching a book on gratitude this year, one of the themes that keeps coming up is summed up well by the old Joni Mitchell song: we don’t know what we’ve got till it’s gone.

Maybe the silver lining of all of these Armageddon movements is that they make us appreciate life on earth that little bit extra. I don’t think most of these preppers are truly longing for the end of the world; in fact, most of their actions in preparing for it seem driven by stark fear (and no small amount of smugness at being among the few in the know).

And regarding the second coming of Jesus, yes, I do think it’s out there. Someday. We’re Christians, after all, and parousia is part of the deal.

But I steadfastly don’t believe that God wanted us to worry quite this much about it. Jesus said he’s going to be coming like a thief in the night. People, I don’t know that all the Potato Pearl food storage in the world can help us prepare for that.

I think sometimes of a talk I heard by Max Lucado, the folksy evangelical Christian author. He mentioned that he and his wife had dropped off their daughters at summer camp just before coming to the conference we all attended. He hoped that while they were at camp, they were thoroughly enjoying everything on offer there: that they were swimming, hiking, laughing, and making friends. He also hoped that when he and his wife returned at the end of their expected time away, their daughters would be thrilled to see them, and ready to come home.

This kind of parental dream, Lucado said, is not that different from what our heavenly father wants for us. We are here on earth to live abundantly, richly. We are here that we might have joy—and to serve others, that they can find joy too.

We are not here to cower in terror and stockpile all of the grain and ammunition our basements can hold.

And thank God for this beautiful world I’ve been given to enjoy, however long I get to hang out here. 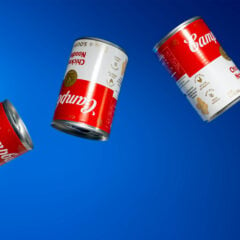