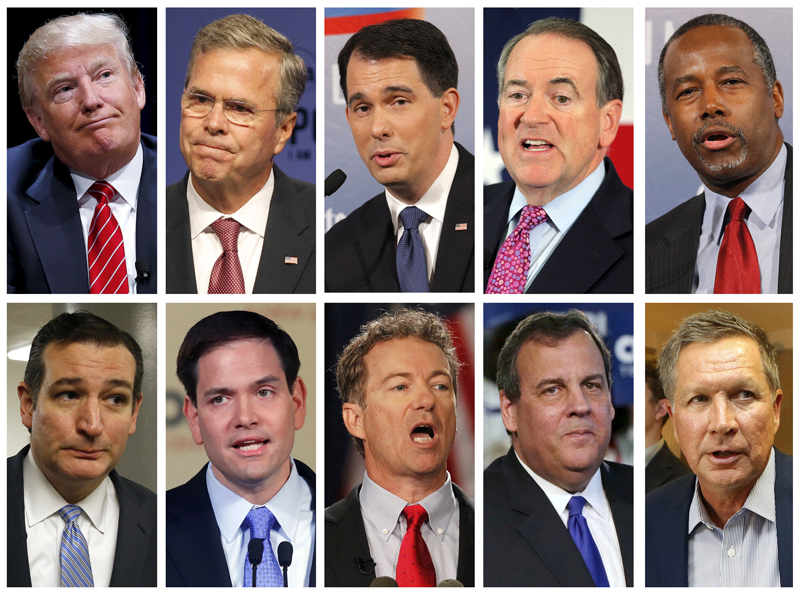 (RNS) Ten plus one Republican candidates took the main debate stage for a three-hour marathon of policy talk and intra-party digs on  Wednesday (Sept. 16).

It was 10+1 because all the fellows from the first debate, sponsored by Fox News, made room for Carly Fiorina on the stage at the Ronald Reagan Presidential Library in Simi Valley, Calif.

Few issues united the candidates and there was almost none of the “God talk” that peppered the August debate on Fox News.

Still, we at Religion News Service are keeping tabs. Here are links to our series of “5 faith facts about … ” each of these candidates’ background, written as they entered the race, and updates on their most recent spiritual spins on the campaign trail. 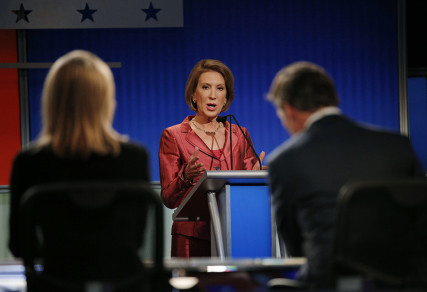 Ben Carson  and Donald Trump have tangled over the politics of religiosity.

Carson struck first, telling CNN, “By humility and the fear of the Lord are riches and honor and life and that’s a very big part of who I am. I don’t get that impression with (Trump).”

Trump tweeted back: “Wow, I am ahead of the field with Evangelicals (am so proud of this) and virtually every other group, and Ben Carson just took a swipe at me.”

Jeb Bush, courting Jewish votes, spoke at a synagogue and, according to the website Jewish Insider, the so-called “National Jewish Leadership Team” will comprise Jewish leaders and prominent donors.

Wisconsin Gov. Scott Walker, like nearly all the GOP contenders, backed defiant Kentucky clerk Kim Davis in her religious refusal to sign off on marriage licenses for gay couples.

Kentucky Sen. Rand Paul told CNN: “I think it’s absurd to put someone in jail for exercising their religious liberty. If you want to convince people that same-sex ‘marriage’ is something that’s acceptable I would say try to persuade people” instead of using state force. I am a Christian but not always a good one.”

But few were more outspoken than Baptist pastor and former Arkansas Gov. Mike Huckabee. He was at the jailhouse rally when Davis was released after serving five days for contempt of a judge’s order to issue licenses to all eligible couples.

“It’s what I call the criminalization of Christianity,” Huckabee told “Fox and Friends.”

Carly Fiorina stressed her “passion” for religious liberty, but pointed out that elected officials with conscience objections to their employment duties might consider resigning.

(Although the Bible she often reads says the meek shall inherit the earth, Fiorina had a smart little comeback to Trump’s sexist remarks about her face. Said Fiorina of Trump, “Can you imagine that, the face of our next president?”)

Ted Cruz, riding hard on the defund-Planned-Parenthood bandwagon among Republicans, announced a “Day of Prayer and Fasting” last week and called on 100,000 evangelical pastors to join in. No word yet on how widely they responded.

Politico says Florida Sen. Marco Rubio is subtly leveraging his LDS background to build support in Nevada, where the Mormon community is small but influential in GOP politics.

Ohio Gov. John Kasich rattled the religious right in a Fox News appearance when he took a pragmatic rather than dogmatic stance on the push against Planned Parenthood in Congress. He said: “When you shut the government down, people don’t like it. And you shouldn’t shut it down unless you have a great chance of success.”