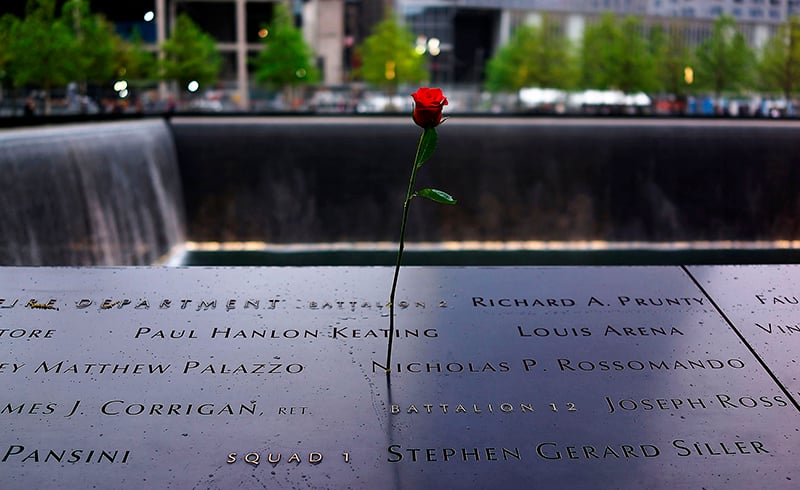 A rose is placed on a name engraved along the South reflecting pool at the Ground Zero memorial site during the dedication ceremony of the National September 11 Memorial Museum in New York on May 15, 2014. Photo courtesy of REUTERS/Spencer Platt/Pool
*Editors: This photo may only be republished with RNS-POPE-INTERFAITH, originally transmitted on Sept. 23, 2015.

(RNS) Much of Catholic America is excited about Pope Francis’ first visit to the United States – and so are many American Muslims.

Francis’ visit, said Imam Sayyid M. Syeed, “is even more important for Muslims than it is for Catholics.”

Francis’ visit, said Imam Sayyid M. Syeed of the Islamic Society of North America, “is even more important for Muslims than it is for Catholics.” Religion News Service photo by Lauren Markoe

On Sept. 25, the fourth day of the pope’s six-day American tour, an interfaith service at the National September 11 Memorial & Museum will reinforce the idea that Francis is a father to more than just Catholics. In a young papacy defined by his acts of humility, calls for mercy and concern for the poor, Francis has won over many who live firmly in other faiths.

Outside the museum, Francis will meet with relatives of those who died in the 9/11 terrorist attacks. Inside, with representatives from a spectrum of religions, he will take part in an interfaith service.

The setting of the ceremony, a museum built to bear witness to a deep national wound, invokes multiple tragedies for many Muslim Americans: the horrific act committed against their country, but also the wave of Islamophobia that began to roll across the nation even before the dust from the demolished towers had settled.

“Through the prism of this regretful, treacherous, indefensible and barbaric act,” said Imam Abdullah Antepli, “Islam as a religion and Muslims as a people entered many people’s consciousness for the first time.”

But Ground Zero is a fitting place for the pope to stand shoulder-to-shoulder with Muslims, continued Antepli, because he so obviously loves them.

Click on this logo to see more Religion News Service coverage of the pope’s visit to the U.S.

A striking picture of Francis, taken shortly after his elevation to pope in 2013, showed him washing the feet of an imprisoned Muslim woman – an interfaith twist on a Holy Thursday tradition.

“I am a very faithful Muslim. I love my religion,” said Antepli. “But for the first time I see a faith figure from a religion other than my own, and I am filled with holy envy, for how much I admire and respect him.”

These sorts of reactions to Francis from non-Catholics do not surprise papal biographer Austen Ivereigh, who explains that the pope has little interest in conventional interfaith dialogue.

“He’s convinced that theologically, God is made present by what he calls the ‘culture of encounter,’” said Ivereigh. “It’s the way you build a relationship of deep trust with another person. You’re not trying to convert them. It is genuinely a relationship of trust.

“Then God will use that, it becomes a vehicle,” Ivereigh continued. “You create space for the Holy Spirit to act. And in his conviction is that it is the Holy Spirit that unites people, whether they are of the same faith or not.”

Many Jews felt that way about Francis long before he became pope.

In his native Argentina, as archbishop of Buenos Aires, Francis stood close by the Jews of that city. He was the first public figure to sign a petition calling for justice in the 1992 and 1994 bombings of the Israeli Embassy and a Jewish community center, which killed 116 and injured hundreds. 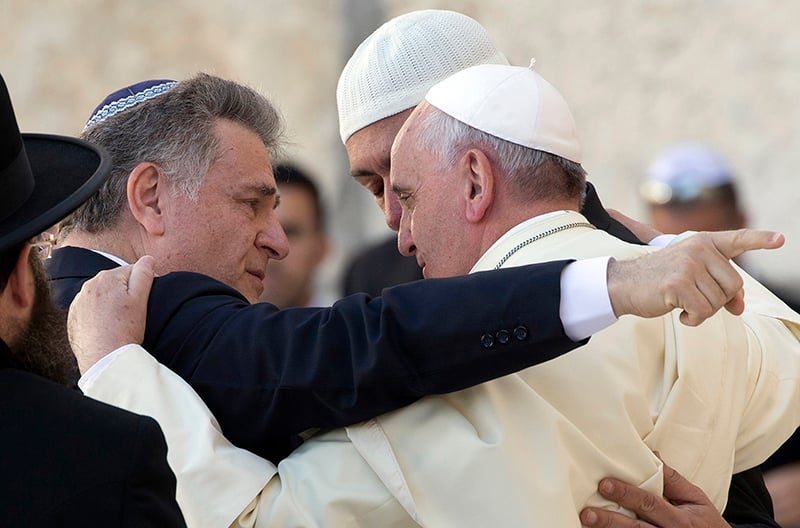 Pope Francis meets Rabbi Abraham Skorka, Francis’ friend from when he was a cardinal in his native Argentina, during his visit to the Western Wall, Judaism’s holiest prayer site, in Jerusalem’s Old City on May 26, 2014. Photo courtesy of REUTERS/Andrew Medichini/Pool
*Editors: This photo may only be republished with RNS-POPE-INTERFAITH, originally transmitted on Sept. 23, 2015.

He forged a tight friendship with Argentine Rabbi Abraham Skorka — the two co-authored a book and co-hosted a television program – and now the rabbi frequently visits his friend at the Vatican.

And though Skorka is Francis’ most famous rabbi friend, Ivereigh said, there are many others with whom he has shared Christmas Eve, making sure the wine was kosher. 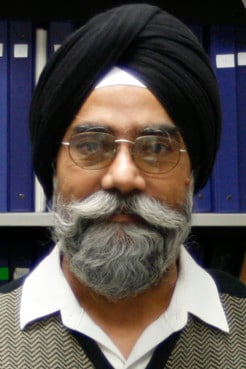 Another rabbi, Elliot Cosgrove of New York’s Park Avenue Synagogue, will stand near the pope during the 9/11 museum service, part of a small interfaith group leading the service. More rabbis, imams, priests and representatives of other faiths will make up an audience of about 700.

The scene, said Cosgrove, will “send a powerful message that people of faith can join together in dialogue and fellowship and that religion can be an instrument of peace.”

Never was there any doubt that a rabbi would share that stage with Francis.

But not one but two Sikhs will also be among the few on stage with the pope during the service. Even Sikhs – a religious group little known in the U.S. — are surprised, said Satpal Singh, a pharmacology professor and human rights activist from Buffalo, N.Y.

Singh plans to offer a Sikh prayer during the service with his daughter, physician Gunisha Kaur – he in Punjabi, she in English.

Most of the world’s 20 million Sikhs live in India, where Sikhism was founded 500 years ago on tenets of peace and equality, and where Sikhs have been persecuted as a religious minority. But they have also suffered — especially after 9/11 — in the U.S., where they number in the hundreds of thousands. Many Sikh men wear turbans and have been mistaken for Muslims. In 2012, a gunman killed six worshippers at a Sikh temple in Oak Creek, Wis.

READ: The quotable Francis: He has a way with words

Singh, nearly killed during anti-Sikh riots in India in 1984, immigrated to the U.S. 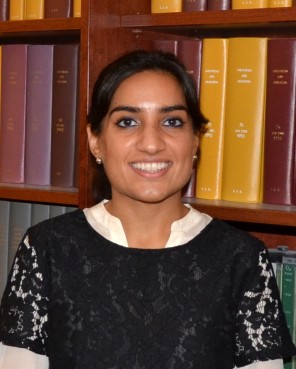 His daughter, an anesthesiologist who leads a global health initiative at New York’s Cornell Weill Medical College, was sitting in physics class at her Buffalo, N.Y., high school when she heard about the planes flown into the World Trade Center. Then, said Kaur, Ground Zero was a place where religion hurt and divided.

On Sept. 25, she continued, the same land will take on new meaning, as people from different religions embrace a belief Pope Francis has so heartily proclaimed: “the power of faith to battle hate.”

News
Taco trucks and voter guides boost political profiles of faith communities at the margins
Opinion
Against the darkness: Remembering Pittsburgh’s Tree of Life shooting
News
With rising COVID-19 cases inside the Vatican, pressure mounts for Francis to don a mask
Purple Catholicism
Your dread of the 2020 election and coronavirus will end. What will you obsess about then?
Signs of the Times
With 9 new electors, Pope Francis remakes the college of cardinals
© Copyright 2020, Religion News Service. All rights reserved. Use of and/or registration on any portion of this site constitutes acceptance of our User Agreement and Privacy Policy, Privacy Statement and Cookie Notice. The material on this site may not be reproduced, distributed, transmitted, cached or otherwise used, except with the prior written permission of Religion News Service.