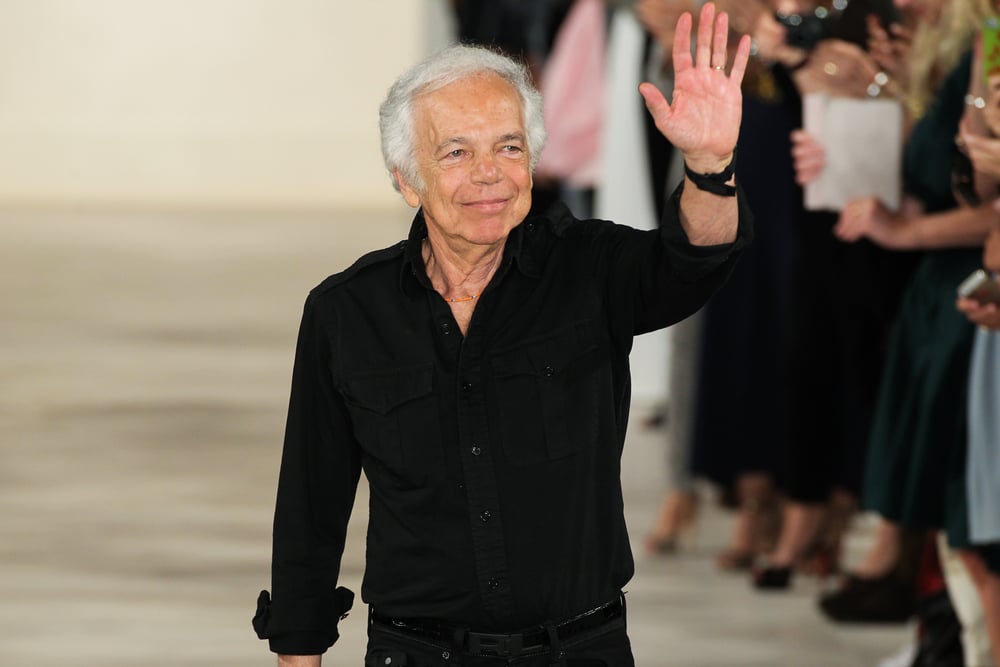 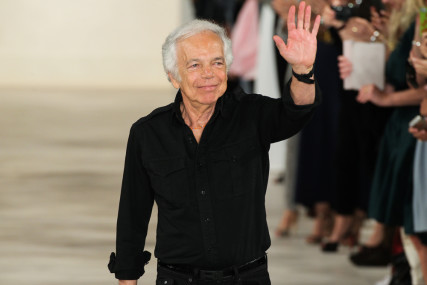 So, Ralph Lifshitz is retiring (sort of).

Ralph Lauren, the creator of the iconic Polo brand, has announced that he is going to step down as CEO of his fashion empire.

What was the psychology behind Lauren's success?

It was the iconic Polo label.

Here was the subliminal message: I am wearing a picture of a polo player and a horse. I could be someone from the polo-playing class.

But first, a little bit about Ralph Lifshitz.

Ralph Lifshitz was born in the Bronx. His parents were born in Pinsk, in Belarus. He attended the school that is now known as the Marsha Stern Talmudical Academy.

So, what is the Torah of Ralph Lauren?

How did they do it? Perhaps it started with this week's Torah portion, with creation itself. When God created Adam and Eve, they were told that they would be "like God" -- which RASHI, the medieval commentator, defines as being "creators of worlds."

Jews created the fashion industry and the entertainment business. This made them very successful in imagining and creating new worlds.

Many of the Jews who created the entertainment industry were willing to shed their Jewish ethnicity in order to advance their careers. For a while, network television was the domain of three Jews -- William Paley at CBS; David Sarnoff and NBC, and Leonard Goldenson at ABC. They created the sitcoms of 1950s and 1960s television -- a Leave it To Beaver world, with white picket fences.

But the white picket fence world of 1950s television never really existed. As Neal Gabler writes in his book An Empire of Their Own: "Russian-Jewish immigrants came to Hollywood, and they decided to create their idea of an eastern aristocracy...The American Dream is a Jewish invention."

Ralph Lauren's WASP fantasyland was also a Jewish invention. The ultimate irony: he designed a world that Jews could only have dreamed of entering -- the clubs they could not join; the tony suburbs in which they once could not live; the universities that they once could not attend. His own style icon was none other than the former King Edward VIII, who became the Duke of Windsor -- an exiled, royal embarrassmen, who had impeccable taste. Except in world leaders and ideologies -- he greatly admired Hitler.

Second, about that world that Ralph re-created, or created, or imagined -- the world of the WASP.

That world has disappeared -- and with it, Jewish assimilationist fantasies.

Our grandparents and great-grandparents knew what they wanted, and by and large they got it. They wanted to be Americans.

Consider Philip Roth’s famous short story, “Eli the Fanatic.” It was first published as part of the Goodbye Columbus collection in 1959. It is one of the defining stories of modern Judaism.

It is the story of a group of assimilated Jews in a leafy Westchester suburb who hire a Jewish lawyer named Eli Peck to drive a yeshiva of Holocaust survivors out of their community. They didn’t like the way one of the Orthodox survivors dressed when he did business in town. He is, quite simply, an embarrassment to the other Jews -- a reminder of the world that they fled, and the world that had been destroyed.

Eli prevails upon the man to dress differently. He gives him one of his Brooks Brothers suits to wear. The survivor responds by giving Eli one of his black suits to wear. On the verge of a nervous breakdown, Eli dons the suit, and fumbles with the lock on his back door. A neighbor calls him: "Eli, there's a Jew at your door."

Fast forward, a half century.

Since the time that "Eli the Fanatic" was first published, many Jews have felt a Jew knocking on their (spiritual) doors -- the inner Jew.

And that leafy town whose anxiety-ridden Jews that wanted to keep the Orthodox Jews out?

I bet that it has a Chabad.

Not every Jew wants to be an active Jew. But neither do they want to be something else, in order to lubricate their entrance into an upper class world.

That world is now open to everyone. There is nothing left to assimilate to.

Especially not the world of the WASP -- the White Anglo Saxon Protestant.

For some three hundred years, the White Anglo Saxon Protestant had ruled American life and its institutions.

The great period of WASP domination of American culture is now over -- so much so, that you almost never hear the term anymore.

The mainstream churches, the bastion of WASPdom, are shrinking.

You really want to see the decline of the WASP? Look at who is running for president, and who has run for president and vice president -- Catholics (even two Hispanics), Mormons (Mitt Romney), Jews (Bernie Sanders and, once, Joe Lieberman). And two presidential hopefuls -- Donald Trump and Hillary Clinton -- have Jewish in-laws, and in Trump's case, Orthodox Jewish grandchildren.

Ralph Lauren might be stepping back, but his brand continues. Why shouldn't it? It's a good product.

But the fantasy -- that you can be a WASP -- has vanished.