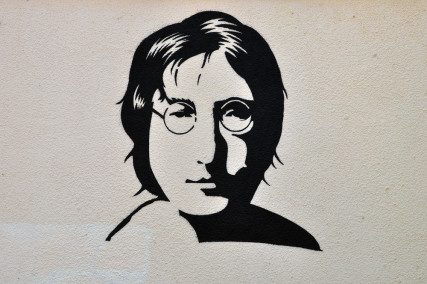 Just imagine: John Lennon would have turned 75 this weekend, on October 10.

I use the word “imagine” for a specific reason.

According to Rolling Stone magazine, the third most important popular song in history is, in fact, John Lennon’s “Imagine” (the first being “Like A Rolling Stone” by Bob Dylan, and the second being “I Can’t Get No Satisfaction” by the Rolling Stones).

I never liked “Imagine.” I am not the only Jewish teacher who feels this way. Check out Zeev Maghen’s hysterical and wise diatribe: Imagine: John Lennon and the Jews. It’s as if Leon Wieseltier and Dennis Miller had a child together. Rabbi Daniel Gordis has similar feelings about “Imagine.”

It isn’t hard to do

Nothing to kill or die for

And no religion too

Let’s get rid of the passions that help us transcend ourselves. Maybe that’s why the melody and the production of “Imagine” is so subdued, almost like sleepwalking.

“Imagine” is a dream, and it is not even a good dream.

“Imagine there’s no countries” — no nations, no separate peoples, no distinctive languages, life styles, or cultures. A world of radical sameness.

I actually like cultures, and languages, and national dreams (as long as they are not lethal national dreams, and that they make room for the Other).

“Nothing to kill or die for.” But some ideas, relationships, and allegiances, are worth dying for, and even willing to kill for.

When I was the rabbi in Columbus, Georgia, every year on the Days of Awe we would welcome soldiers from nearby Fort Benning. I always called them up for a blessing. I would ask God for two things.

First, that God should return them to their families, in safety.

Second, that God would put them out of work.

That was my way of saying: May there be no more war.

But since there is still war, and because some of those wars are regrettable but necessary, I am glad that there are soldiers.

Stalin, Mao, and Pol Pot imagined a world without religion. The results were demonic.

I don’t even think that it is possible to imagine no religion.

Consider the words of the late author, David Foster Wallace.

In the trenches of adult life, there is actually no such thing as atheism. There is no such thing as not worshipping. Everybody worships. The only choice we get is what to worship. And the compelling reason for maybe choosing some sort of god or spiritual-type thing to worship — be it JC or Allah, bet it YHWH or the Wiccan Mother Goddess, or the Four Noble Truths, or some inviolable set of ethical principles — is that pretty much anything else you worship will eat you alive. If you worship money and things, then you will never have enough, never feel you have enough. Worship your body and beauty and sexual allure and you will always feel ugly. Worship power, and you will need ever more power over others to numb you to your own fear. Worship your intellect, you will end up feeling stupid, a fraud, always on the verge of being found out.

But, J am not a “Lennonist.” I don’t imagine that “there’s no heaven,” and that above us is “only sky.” I don’t long for a world in which people “live for today,” and only today.

“Give Peace A Chance.” I love its hopefulness — not to mention that it is the only rock song in which the word “rabbis” appears. It was recorded during John and Yoko’s famous “bed in” in Montreal, and the late Rabbi Abraham Feinberg, the retired rabbi of Toronto’s venerable Holy Blossom Temple, visited them and sang along.

My runner up? “Starting Over,” from John’s final album, “Double Fantasy.”

I love its optimism — which, considering that the album was released days after his death, turned out to be tragic and poignant.

But, at this time of the year, when we begin reading the Torah again, returning to the opening words of Genesis — I like the idea of “starting over.”

And since I cannot “imagine there’s no heaven,” let me imagine you in it — jamming with fellow Beatle George Harrison, B.B. King, and all the others in God’s rock and roll band.