(RNS) My rabbinic colleague, David Saperstein, the U.S. ambassador-at-large for international religious freedom, issued a “glass half full” report earlier this month, noting that   “… over the last several years there’s been a steady increase in the percentage of people who live in countries that … have serious restrictions on religious freedom.”

At the same time, he noted, “we’ve seen enormous expansion of interfaith efforts on almost every continent to try and address the challenges.”

Much of that “enormous expansion of interfaith efforts” can be traced to the historic Nostra Aetate (Latin for “In Our Time”) Declaration that the world’s Catholic bishops adopted 50 years ago at the conclusion of the Second Vatican Council. 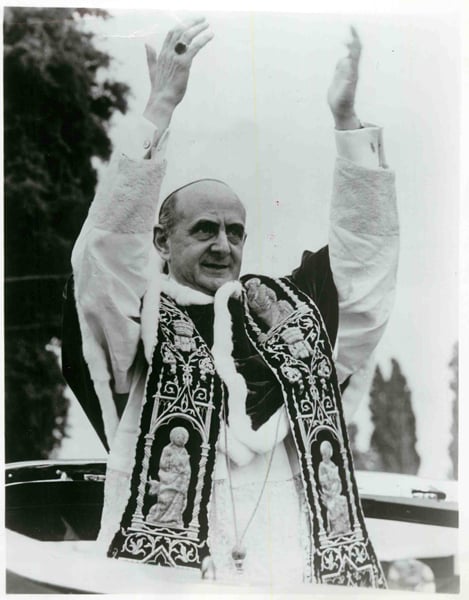 Pope Paul VI promulgated the declaration on Oct. 28, 1965 that has transformed the Catholic Church’s relationship with Jews after nearly 2,000 years of troubled relations, centuries filled with religious bigotry and hostile stereotypes. Indeed, there have been more positive Christian-Jewish encounters since 1965 than there were in the first 20 centuries of Christianity.

A succinct 624 words in the English language translation, the authoritative Vatican Council teaching rejected the obscene charge of Jewish culpability for the death of Jesus and the false accusation that Jews are eternally “accursed by God” for the Roman Empire’s crucifixion of Jesus.

In addition, it says, “preaching of the word of God” must not reflect anti-Jewish prejudice or bias. Nostra Aetate deplored all “hatreds, persecutions, displays of ant-Semitism directed against Jews at any time and by anyone.”

It also urged Catholics to develop “mutual understanding and respect” for Jews and Judaism, and to establish “biblical and theological studies” as well as “fraternal dialogues” between Catholics and Jews. And for the first time in history, Catholics were called to engage in Jewish-Catholic dialogue and affirm respect for non-Christian world religions.

Today some historians and religious leaders believe Nostra Aetate did not go far enough. They correctly note that the venomous term “deicide,” or the killing of God, was deleted from the final draft. They point out there is no mention of the Holocaust or the central role the modern state of Israel plays in the life of the Jewish people and in their religious tradition. Critics also note the lack of specific guidance in the vital areas of Catholic preaching, teaching, ritual and liturgy.

While such criticisms may be true, I see Nostra Aetate differently and echo the view of Cardinal Walter Kasper, a prominent Vatican leader and a longtime leader in Catholic-Jewish relations.

We still have a long way to go in overcoming the often-lethal prejudice of the past.

Nostra Aetate can in some ways be compared to the U.S. Constitution that was adopted 228 years ago in Philadelphia. That foundational document, like the Vatican Council declaration, was approved after intense debate, and critics of the Constitution charged it was too vague, lacked specifics and was limited in its scope.

In fact, 10 Amendments — the Bill of Rights — were soon added to the basic text, and 17 more have been added over the centuries. But today no one denies the Constitution permanently changed world history and that hundreds of millions of people have benefited from its passage. 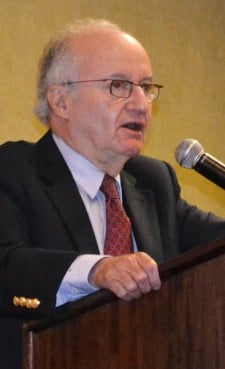 Rabbi A. James Rudin is the American Jewish Committee’s senior inter-religious adviser. His latest book, “Pillar of Fire: A Biography of Rabbi Stephen S. Wise,” will be published by Texas Tech University Press this fall. He can be reached at jamesrudin.com. Photo courtesy of Rabbi A. James Rudin

Since 1965, Catholic leaders have issued a series of specific guidelines, teachings, statements, notes and documents that have strengthened the tightly worded Nostra Aetate. And as the years go by and as Catholics and Jews work even more closely on issues of mutual concern, there will be more “amendments” added to the original 1965 text.

Because positive Christian-Jewish relations, like the U.S. Democracy, is a “work in progress,” the opening words of Robert Browning’s poem “Rabbi Ben Ezra” ring true: “Grow old along with me, the best is yet to be.”

(Rabbi A. James Rudin is the American Jewish Committee’s senior interreligious adviser. His latest book, “Pillar of Fire: A Biography of Rabbi Stephen S. Wise,” will be published by Texas Tech University Press this fall. He can be reached at jamesrudin.com.)