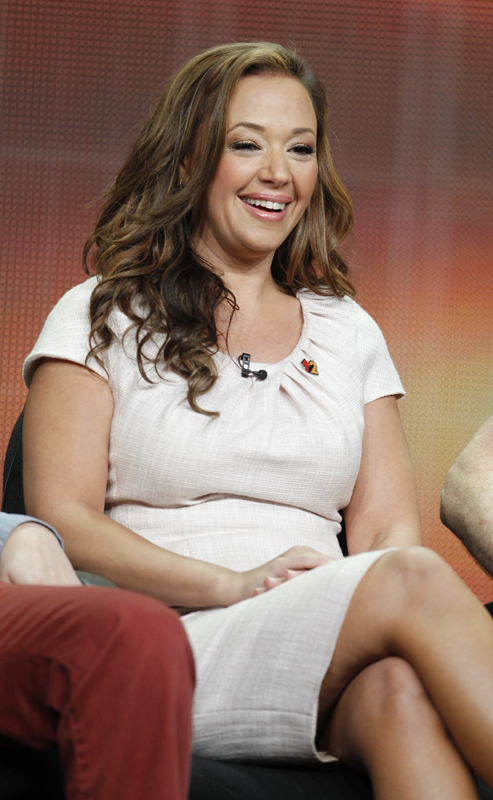 Actress Leah Remini, speaks during a panel discussion at the Disney-ABC Television Group portion of the Television Critics Association Summer press tour in Beverly Hills, California on July 27, 2012. Photo courtesy of REUTERS/Fred Prouser
*Editors: This photo may only be republished with RNS-REMINI-SCIENTOLOGY, originally transmitted on Nov. 3, 2015.

Friday on 20/20, former King of Queens star Leah Remini gave the public a taste of what to expect from her memoir, “Troublemaker: Surviving Hollywood and Scientology.”

In 2013, she joined director Paul Haggis as one of the church’s most famous defectors. She explained what drove her to give up the only religion she’s known since she was five.

Here’s what we learned from her interview with 20/20’s Dan Harris.

She was part of the Sea Organization.

Remini’s mother, Vicki, became a Scientologist when she was five and brought both her daughters into the church. When Remini was a teen, she moved them down to Clearwater, Fla., to Scientology’s headquarters. At that point, she and her sister Nicole stopped traditional schooling in the eighth grade and studied their faith full time and signed a billion-year contract to serve the church (throughout every reincarnation).

Later, both sisters faced ethics charges for getting involved with boys and narrowly avoided being sent into the Rehabilitation Project Force, the church’s re-education camp.

“When you have screwed up royally in the Sea Org, it’s basically to reform you,” she explained. “You have to wear black. You have to run everywhere you go. You have to call everyone ‘sir.’ … So it’s pretty severe punishment for an adult, not to mention a child.”

The episode led Vicki to withdraw both girls from the Sea Org.

The church treated her very differently before and after she became famous.

Though they left the Sea Org, the Reminis remained in the church, becoming part of the Scientology community in Los Angeles. But not the Celebrity Centre crowd, as she was still a struggling to make ends meet.

“I spent thousands and thousands of dollars” on auditing and Scientology courses deemed necessary for “moving up the Bridge to Total Freedom,” or higher levels of spiritual awareness.

Once her sitcom became a hit in the late 1990s, doors opened to her within the church. She was given trophies for her millions worth of donations and invited to take part in Scientology videos and entered the social circle of church leader David Miscavige and his wife, Shelly.

Remini says auditing, a sort of Q&A/counseling session for church members, helped build her confidence.  “There’s tools that are… very helpful … to you in your life, to you as an actor,” she said. “I walked into a room where some people might feel, you know, cower in front of a casting director, I wasn’t.” But auditing also provided the church with dirt on all their members that could be used should any step out of line.

She got a call from Cruise’s Scientology handler asking her to come to his house to give dancing lessons to the new couple. She found Cruise, who was still very much in his exuberant couch-jumping stage, hard to take.

“He was like forcibly kissing Katie and I said, ‘Hey, get a fricking room.’ And well, I was written up for that, and I had to go into session for it.”

One of the officials present that night wrote what is referred to as a “knowledge report,” a form of written tattling on fellow Scientologists who break the rules. Remini confessed that she wrote them herself, even about her own husband. “I wrote up Angelo all the time,” she confessed.

She complained to church officials about Cruise’s public behavior, too.

His couch-jump on The Oprah Winfrey Show and his heated debate about psychiatry with Today host Matt Lauer rubbed her the wrong way.

She told them, “I don’t think he’s becoming of a Scientologist, jumping on couches, and attacking Matt Lauer … and attacking Brooke Shields. Like, what the hell is this guy doing?’ … We need to rein it in, we need to stop all this, and he just needs to be an actor.”

Church leaders told her she was only complaining because she had her own baggage, but she continued to express concern about their obsession with Cruise.

Increasingly, they cast her as a villain.

Scientologist mothers are supposed to forego drugs and have as silent a birthing experience as possible to minimize emotional trauma on their newborns. “I was going to attempt to do it, you know, for my church,” Remini said, but reality put a stop to that.

Katie Holmes complained to church leaders in writing that Remini ruined her wedding.

Remini produced a knowledge report she says came from the bride herself. “It starts with, ‘I was dismayed at the behavior of Leah Remini during the events leading up to our wedding. … At the wedding, the behavior as a guest, a friend … was very upsetting,’” Remini read from the form.

This time, Remini could not escape reprogramming. She was dispatched to Florida and put in intense, day-long auditing sessions where officials tried to extract an apology from her.

Even after that experience, she still didn’t want to leave. As a lifelong Scientologist, she knew the cost of defection: disconnection from her family and friends, who are made to shun anyone who quits. That meant being shut off from her husband, mother and sister.  So she told them what they wanted to hear.

Later, she did apologize to Miscavige in writing, saying she was sorry for “acting like a complete idiot at the wedding.”

She finally got an apology from Katie Holmes.

Holmes’ sneak-attack divorce filing, reportedly done to save their daughter Suri from enrollment in the Sea Org, left Remini feeling “vindicated,” but not satisfied. “Where’s my apology?” she asked, adding that their divorce dredged up residual anger about the reprogramming episode following the wedding.

Earlier this week, Holmes sent ABC News to give Remini a statement. “I regret having upset Leah in the past and wish her only the best.” She did not admit or deny writing the knowledge report. She says she was “touched” by Holmes’ gesture.

The final straw? When church officials came to her house and verbally abused her.

Though Remini had committed two major sins — reading criticism of the church and talking to ex-members — she remained civil with both Cruise and Miscavige.

One night, two Scientology officials came to her home and things got heated. Expletives were thrown at Remini, prompting her husband to grab one of them by the collar.

She left the church after that incident, formally breaking ties that summer. Though Remini still feared her family would disconnect from her, they all sided with her over the church. “That means everything,” she said.

The church contested the story of her departure, saying in a statement posted Friday night that they expelled her. They argued, “The real story is that she desperately tried to remain a Scientologist in 2013, knowing full well she was on the verge of being expelled for refusing to abide by the high level of ethics and decency Scientologists are expected to maintain. Her repeated ethical lapses and callous treatment of others led to an ecclesiastical review which resulted in her being expelled.”

The statement went on to say, “Leah Remini has become what she once declared she never wanted to be known as: ‘this bitter ex-Scientologist.’ … She needs to move on with her life instead of pathetically exploiting her former religion, her former friends and other celebrities for money and attention to appear relevant again.”

And after all that’s happened, she doesn’t regret her 30 years as a Scientologist.

“At the end, I mean I don’t regret what I’ve been through,” Remini said. “I don’t regret spending my life there, because it really did teach me a lot … and because we’ve all survived it, we’re all surviving it and living life and it’s kind of like we have a gift of second chance of life.” 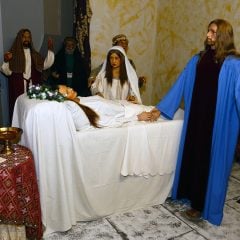 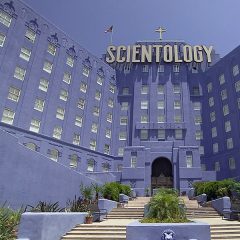