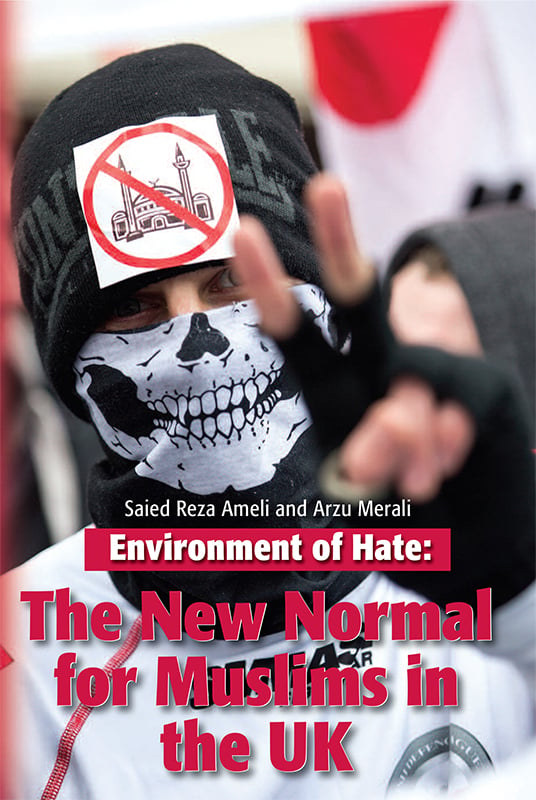 “Environment of Hate: The New Normal for Muslims in the UK,” by Saied Reza Ameli and Arzu Merali. Photo courtesy of the Islamic Human Rights Commission

On Tuesday (Nov. 17), the Islamic Human Rights Commission issued a 270-page report that says hate has become the new norm for Muslims living in Britain.

After interviews with more than 1,700 British Muslims, the report speaks of the community’s growing concern about rising levels of abuse, discrimination and violence, both physical and verbal.

The report, titled “Environment of Hate: The New Normal for Muslims in the UK,” says the new environment of hate is being “deliberately whipped up” by the media and politicians.

It tells of rampant job discrimination and says that more than half of Britain’s Muslims have witnessed Islamophobic attacks between 2010 and 2014.

“It appears from the findings that Muslims in the U.K. feel targeted by media and political institutions, which in their understanding contribute heavily towards a deteriorating climate of fear, a rise in far-right groups and a rise of anti-Muslim racism per se. As a result they (Muslims) feel pressured to modify their behavior and in some instances feel that this is the deliberate goal of government and the political classes.”

The report was widely circulated in the Middle East by Arab journalists who attended Tuesday’s launch, and it has sparked media and academic debates in England about the way forward.

Former Archbishop of Canterbury Rowan Williams said the report’s finding were a “serious reproach to our society’s most human ideals and values.”

Muslim academics were reluctant to comment, saying that they had to first fully digest the contents of the lengthy, detailed report. 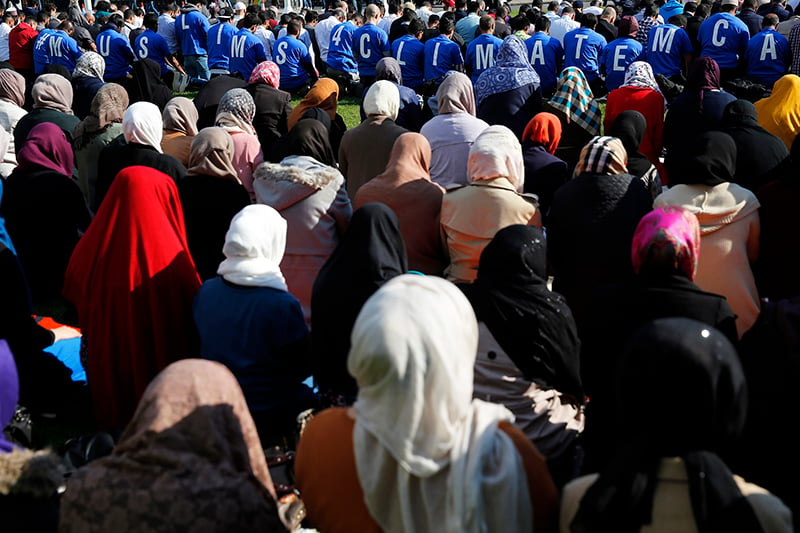 Muslims take part in Friday prayers during a Muslim Climate Action event at Parliament Square in central London on Oct. 9, 2015. Photo courtesy of REUTERS/Stefan Wermuth
*Editors: This photo may only be republished with RNS-BRITISH-MUSLIMS, originally transmitted on Nov. 18, 2015.

But Fiyaz Mughal, director of Tell Mama, an organization that monitors anti-Muslim incidents, said his group believes that the IHRC might have underestimated the extent of hate crimes against Muslims.

“We know that underreporting in Muslim communities is a significant problem and the real figures may be much higher,” he said.

Britain’s 2.7 million-member Muslim community is the nation’s second-largest faith and among the fastest-growing, rising by over three-quarters in the last 10 years.

Many see the new report as a wake-up call. Others say it has been expected for years.

Parts of England — particularly in the Midlands –are regarded by many as Muslim “no go“ areas.

Between 450 and 600 young British Muslims are estimated to have left England for Syria, where they fight (and sometimes return to Britain) alongside ISIS.

Public support in Britain is hardening toward asylum seekers.

READ:  ISIS, ISIL, Daesh — explaining the many names for terrorists

Prime Minister David Cameron has promised to resettle 20,000 Syrians by the end of the decade. This week, a YouGov survey found that 49 percent of those interviewed believed that Britain should be accepting fewer or no refugees at all.

Political observers say that more Muslims in Britain are for the first time wondering whether living with hatred is now the norm in a country once famous for its hospitality.