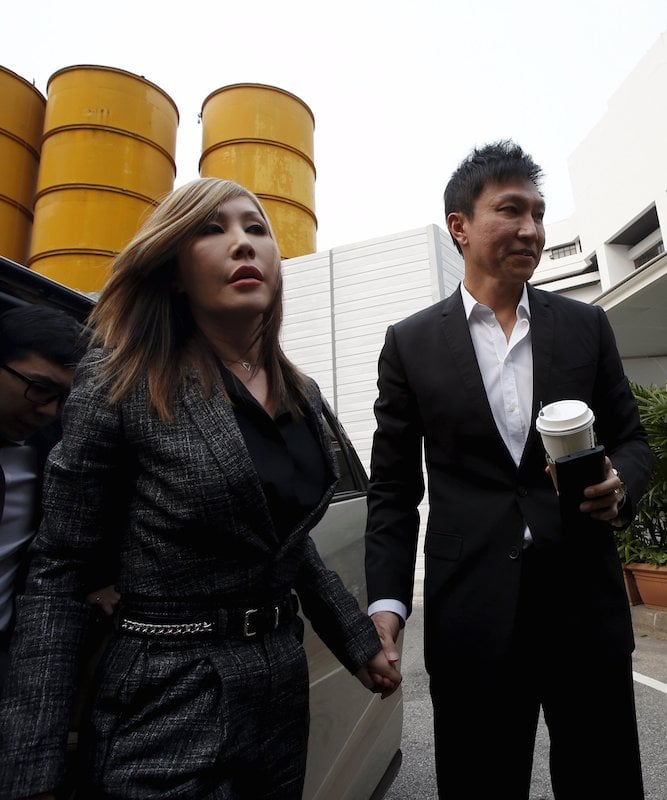 SINGAPORE (Reuters) - The co-founder of a Singapore church and five other leaders were sentenced to jail terms of up to eight years on Friday, for fraudulently diverting millions of dollars to support his wife's pop singing career.

The mix of faith and fraud has fascinated tightly-regulated Singapore, where such cases are rare in an affluent city-state with little tolerance for corruption.

They were sentenced on Friday to jail terms of between 21 months and eight years, depending on how involved they were in the fraud. The jail terms were delayed to January next year, giving the defendants time to appeal.

Kong was arrested in 2012 and charged with criminal breach of trust and falsifying accounts. His wife, the co-founder and executive director of the church, was not charged in the case.

Ho has focused on the Mandarin pop market and has released albums, including "Embrace", through Warner Music Taiwan.

A video from her English-language single, "China Wine", shows her dancing intimately with rapper Wyclef Jean, sparking criticism that she had betrayed her calling as a Christian pastor. (http://bit.ly/1hRQk7x)

The promotion of Ho's secular singing career was aimed at evangelising to non-Christians.

Judge See Kee Oon said a deterrent was needed after the embezzlement but acknowledged the defendants thought they were helping the church and there was no evidence of personal gain.

The church, which had 17,500 members last year and branches in eight other countries from Japan to India and the United States, has stuck by its leader.

A letter appealing for leniency, signed by 173 executive members of the church, was submitted to the court and church members sobbed in the public gallery as the sentences were read out.