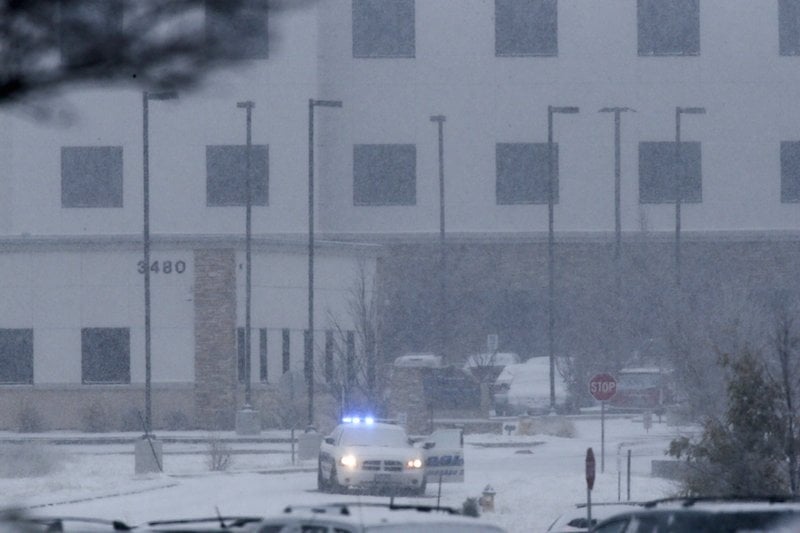 A police vehicle is seen left with the doors open at a Planned Parenthood clinic in Colorado Springs where a gunman killed three in an attack Nov. 27. Photo by Isaiah J. Downing courtesy of Reuters

COLORADO SPRINGS, Colo.,(Reuters) – A gunman stormed a Planned Parenthood clinic in Colorado Springs on Friday and opened fire with a rifle in an attack that left three people dead and nine others injured, authorities said.

Police said the dead included: Garrett Swasey, 44, a campus police officer for the University of Colorado at Colorado Springs and a volunteer pastor; Jennifer Markovsky, 35, a mother of two who was at the clinic to be with a friend, and Ke’Arre Marcell Stewart, 29, an Iraq war veteran and father of two.

The suspect was named on Saturday as Robert L. Dear, 57, according to a Tweet by Colorado Springs Police public affairs’ section.

Police said the shooter first engaged in a gun battle with police but ultimately surrendered to officers inside the building about five hours after the start of the violence, which played out under a steady snowfall in Colorado’s second-largest city.

A Reuters photographer at the scene saw a man in a white T-shirt with his hands cuffed behind his back being taken out of an armored police vehicle and placed in an unmarked squad car.

The slain lawman was identified as Garrett Swasey, 44, a campus police officer for the University of Colorado at Colorado Springs who joined city police in responding to the first reports of shots fired, authorities said. (According to The New York Times, Swasey was a co-pastor at a non-denominational evangelical church where he played guitar on the worship team.) 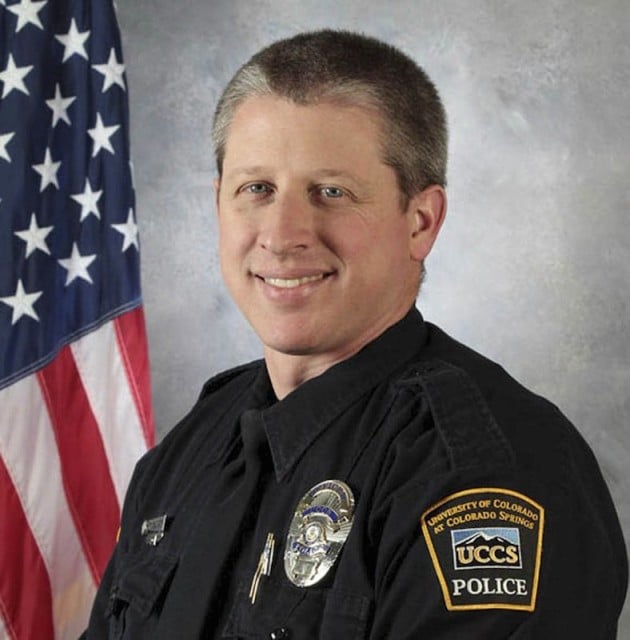 Police declined to discuss the gunman’s motivations. But the president of the Rocky Mountains chapter of Planned Parenthood, Vicki Cowart, suggested a climate of rancor surrounding abortion in the United States sets the stage for such violence.

“We share the concerns of many Americans that extremists are creating a poisonous environment that feeds domestic terrorism in this country,” she said.

Cowart told CNN separately that some of the clinic’s staff escaped the gunman by following security protocol and hunkering down in “safe rooms” built into the facility.

The Colorado Springs clinic, which includes abortion services, has been the target of repeated protests by anti-abortion activists, and in recent years moved to new quarters on the city’s northwest side — a facility derided as a “fortress” by critics of Planned Parenthood.

The national non-profit group, devoted to providing a range of reproductive health services, including abortions, has come under renewed pressure in recent months from conservatives in Congress seeking to cut off federal support for the organization.

Colorado Springs Mayor John Suthers said authorities were able to help guide the movements of officers through the building by watching live feeds from surveillance cameras mounted inside.

But a city police spokeswoman, Lieutenant Catherine Buckley, said it took officers a number of hours to establish communication with the suspect before he gave himself up.

“We did get officers inside the building. They were able to shout to the suspect and make communication with him and at that point they were able to get him to surrender and he was taken into custody,” Buckley said.

An hour earlier, police said progress in securing the building was slowed by the fact that the gunman brought “some bags” with him into the clinic and left several items outside, all of which needed to be checked for possible booby traps or explosives.

After the arrest, Buckley said it would take hours more, and perhaps days, for investigators to fully process the crime scene. CNN reported that investigators had located the suspect’s car, and the vehicle would be searched for explosives.

Police swarmed the area around the building after an emergency call reporting shots fired at about 11:30 a.m. Mountain Time (1830 GMT), and officers ultimately confronted the suspect inside the building, Buckley said.

Television footage aired by CNN showed a number of clinic staff and patients being escorted safely into police vehicles from the building, which lies on the northwest side of Colorado Springs, about 70 miles (112 km) south of Denver.

The FBI and agents from the U.S. Bureau of Alcohol, Tobacco, Firearms and Explosives were assisting local investigators.

As in much of the rest of the country, abortion is a divisive issue in Colorado, figuring prominently in attack ads during last year’s U.S. Senate race between incumbent Democrat Mark Udall and Republican challenger Cory Gardner, the winner of the election.

At least eight abortion clinic workers have been killed since 1977, according to the National Abortion Federation – most recently in 2009, when abortion doctor George Tiller was shot to death at church in Wichita, Kansas.

Clinics have reported nearly 7,000 incidents of trespassing, vandalism, arson, death threats, and other forms of violence since then, according to the abortion-rights group.

Colorado Springs was the scene of a mass shooting on Oct. 31 in which a gunman killed three people near downtown before dying in a shootout with police.

The city, home to the U.S. Air Force Academy and the U.S. Olympic training center, is also a hub for conservative Christian groups such as Focus on the Family that oppose abortion.

Focus on the Family President Jim Daly issued a statement Friday decrying the deadly attack as “tragic and deplorable. It is to be condemned” and said they joined with the community in sharing survivors’ sorrow and grief. “I ask that you please join me in praying for all victims and law enforcement personnel affected by this tragedy.”

The attack in Colorado sparked jitters across the country. The New York City Police Department reported it had redeployed some of its “critical response” vehicles to Planned Parenthood locations throughout the city. However, it said there were no specific threats to those sites at this time.

In a statement Saturday (Nov. 28) President Barack Obama expressed outrage over the latest outbreak of gun violence and renewed his call for shutting down easy access to “weapons of war on our streets. Obama said:

“We don’t yet know what this particular gunman’s so-called motive was for shooting twelve people, or for terrorizing an entire community, when he opened fire with an assault weapon and took hostages at a Planned Parenthood center in Colorado. What we do know is that he killed a cop in the line of duty, along with two of the citizens that police officer was trying to protect …

“May God bless Officer Garrett Swasey and the Americans he tried to save — and may He grant the rest of us the courage to do the same thing.”