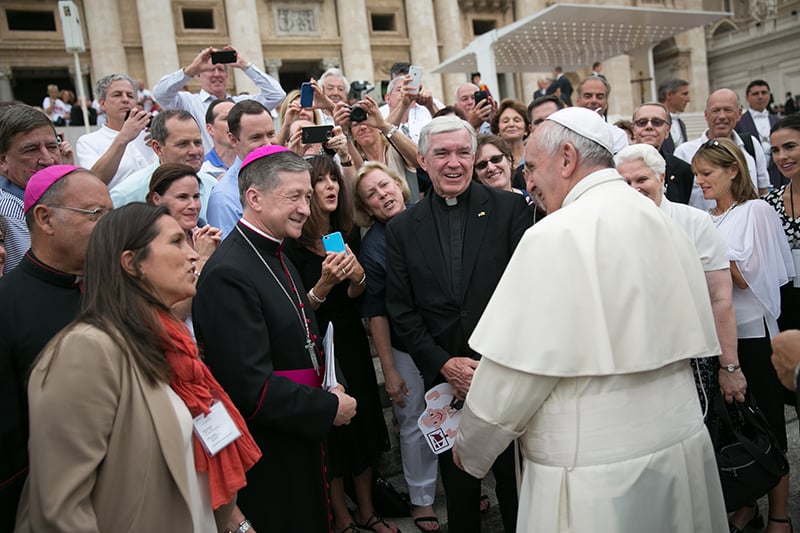 ROME (RNS) Archbishop Blase Cupich of Chicago, named by Pope Francis to that high-profile post a year ago, has issued a powerful call for tougher gun control laws in a move that may push the volatile issue further up the Catholic hierarchy’s agenda than it has been before.

The original intent of the Constitution’s right to bear arms has been “perverted” by a gun industry that is seeking profits at any cost, Cupich wrote in an op-ed in the Chicago Tribune. The founding fathers could not have anticipated the widespread availability of “military-grade assault weapons that have turned our streets into battlefields.”

“It is no longer enough for those of us involved in civic leadership and pastoral care to comfort the bereaved and bewildered families of victims of gun violence,” he wrote in the column, which was published Friday (Oct. 9).

“We must band together to call for gun-control legislation,” he concluded.  “We must act in ways that promote the dignity and value of human life. And we must do it now.”

In the column, Cupich cited a memorable line from Pope Francis’ speech to Congress during his U.S. visit last month, when the pontiff denounced the profits of the arms trade as “money that is drenched in blood, often innocent blood.” It is money made off weapons, he said, “sold to those who plan to inflict untold suffering on individuals and society.”

The pope’s critique drew a standing ovation from many in the House and Senate, though they apparently saw the blast as directed principally at the international arms trade. Cupich disagreed.

“They really can’t stand and applaud one understanding of that line and ignore the domestic implications,” Cupich said in an interview in Rome, where he is one of 270 bishops from around the world meeting for an intense three-week debate about the church’s approach to family life in the modern world.

In his op-ed, Cupich cited not only Francis’ remarks, but also the Umpqua Community College massacre in Oregon that took place within a week of the pope’s visit. He also brought up the seemingly nonstop pace of shootings in Chicago itself, a city that has become synonymous with gun violence. In a recent shooting he cited, a toddler was wounded and her mother and grandmother were killed.

Yet while those tragedies were part of the equation, Cupich said he had been thinking about the issue since he was installed as Francis’ personal pick for the influential archdiocese last November.

READ: Survey: Americans SAY gun control is important, but do they mean it?

Cupich said he wanted to take time to assess the local situation, to talk with pastors and civic leaders and law enforcement officials so that when he did speak out he would “at least provoke further action … rather than just saying something that would get a headline.”

The archbishop not only called out gun sellers and “the damage done” by their quest for profits, but he also took direct aim at the Constitution’s Second Amendment guarantee of a “right to bear arms,” a right that has become increasingly sacrosanct for many Americans and the powerful gun lobby.

“Let’s be honest,” Cupich wrote. “The Second Amendment was passed in an era when organized police forces were few and citizen militias were useful in maintaining the peace. Its original authors could not have anticipated a time when the weapons we have a right to bear now include military-grade assault weapons that have turned our streets into battlefields.

“The Second Amendment’s original intent has been perverted by those who, as Pope Francis recently commented, have profited mightily. Surely there is a middle ground between the original intent of the amendment and the carnage we see today.”

With his column, Cupich — whose is seen as mirroring Francis’ pastoral approach to ministry — becomes the most prominent U.S. Catholic churchman to call for greater gun control, and in the most forceful and direct terms.

The U.S. Conference of Catholic Bishops, which comprises the nation’s nearly 450 bishops, has not made fighting gun violence a priority, and officials representing the hierarchy have generally used more measured language on the issue.

In the wake of the 2012 Sandy Hook school shooting massacre, for example, the USCCB called for “reasonable restrictions” that would not infringe on Second Amendment rights.

In an interview on Sunday, Cupich said he hoped his fellow bishops would now consider giving gun control — and the environment, also a priority for Francis — much greater emphasis when they meet next month in Baltimore to revamp their guide for Catholic voters ahead of next year’s election.

Currently, both gun violence and the environment are tacked on at the end of the bishops’ voter guide, called “Faithful Citizenship,” while those issues are clearly at the top of the pontiff’s agenda.

Today, however, gun control “is a point that needs to be raised” by the American hierarchy, Cupich told Religion News Service, “with the impetus not just what I said, but what the pope said.” 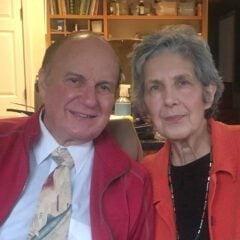