GUEST POST BY SHANE CLAIBORNE: The president of Liberty University, America’s largest Christian college, told his student body on Friday that “If more good people had conceal carry permits, then we can end those Muslims.” He stuck his hand in his back pocket indicating that he had a gun, and, referring to the people killed this week in San Bernardino, said, “If the people in that community center had had what I got in my back pocket right now…” A video of the event shows the student body responding with applause.

It gets worse. Falwell invited Liberty students to attend a free course offered on campus to acquire open carry permits and concluded by saying, “Let’s teach [Muslims] a lesson before they show up here.”

I am an evangelical Christian. In fact, I have spoken at Liberty University, to this same student body. I have been hopeful that Liberty is moving beyond the culture wars of the 1980s, and my hunch is that many of the students and faculty are doing just that – reclaiming a Christianity that looks more like Jesus again.

As I listened to the words of Mr. Falwell, I could not help asking, “Are we worshipping the same Jesus?”

[tweetable]The Jesus I worship did not carry a gun. He carried a cross.[/tweetable] Jesus did not tell us to kill our enemies. He told us to love them.

Jesus blessed peacemakers and the merciful. He encouraged responding to evil, not with more evil, but with love. And he modeled that enemy-love on the cross as he prayed, “Father, forgive them,” crying out in mercy even for the terrorists who nailed him to the cross. I see in Jesus a God of scandalous grace, who loves evil-doers so much he dies for them–and for us.

In fact, it is Jesus who scolds his own disciple, Peter, for standing his ground when the soldiers come to arrest Jesus. Peter defensively picked up a sword to protect Jesus, cutting off the ear of one of the persecutors. As he stood up for Jesus, he had the ultimate case for self-defense. And how does Jesus respond? He scolds Peter, telling him to but his sword away. Then he heals the wounded persecutor and reattaches his ear…only to be arrested and led to his execution. 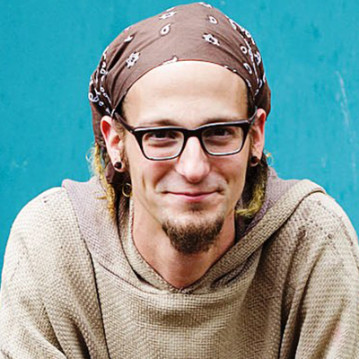 Early Christians understood that act as the final deathblow to weapons believing Jesus’ words to Peter were meant to disarm every Christian. No longer could any Christian legitimately justify violence toward anyone–even enemies. There is not a single Christian in the first 300 hundred years of the faith who justifies violence or makes a case for self-defense. Instead, history records the opposite. Early Christians insisted that for Christ we can die, but we cannot kill. We can die on behalf of others, but we cannot kill for them. Why? Because Christ has abolished the sword once and for all.

[tweetable]It’s hard to imagine Jesus enrolling for the concealed weapons class at Liberty University.[/tweetable] And it is even harder imagining Jesus approving of the words of Mr. Falwell as he openly threatens Muslims.

The venue where Falwell spoke these comments makes them more troubling. Liberty isn’t just a struggling little fundamentalist Bible college. With over 100,000 online and residential students, Liberty is the largest Christian university in the United States. Liberty has over 100,000 students. The next largest Christian university has one-third that many. Falwell Jr’s dad, the late Jerry Falwell Sr., founded the school in 1971 and was known for saying some outrageous things. He once even held gay and lesbians partially responsible for the attacks on September 11th. (The senior Falwell later apologized).

While Falwell Jr’s latest comments fit within Liberty’s heritage, I want to give him the benefit of the doubt. Who hasn’t said something and later regretted it?  I hope he too will apologize.

Regardless, Jerry Falwell Jr. publicly represents Christianity–or at least one expression of it–to many. I am troubled by his version of Christianity, just as I grieve for Muslims around the world as they have their faith distorted by ISIS and by a deranged pseudo-religious couple in San Bernadino. Because I am a Christian, I cannot be silent. I cannot sit idly by when a fellow Christian makes open threats to Muslims–especially when he does so in the name of the Prince of Peace.

Shane Claiborne is founder of The Simple Way and author of many bestselling books including, Jesus for President, Red Letter Revolution, and the forthcoming Executing Grace: Why It’s Time to Put the Death Penalty to Death.