LYNCHBURG, Va. (RNS) A lot has been said about remarks Jerry Falwell Jr. made in convocation on Friday morning. Some authors have accused Christian leaders like Falwell of making proclamations appealing to religious authority but lacking biblical reflection.

Christian antagonists often use scriptural misinterpretations to lambast self-defense in general and gun ownership in particular. When unbelievers in his time tried to ensnare Jesus with his own teachings, Jesus replied, “You are mistaken because you do not know the Scriptures or the power of God.” I believe the same can be said today of Christians and non-Christians alike who misuse Scripture to deride self- (and national) defense.

Unbelievers and others lacking knowledge about the true character of God sometimes refer to Christ’s moniker as the Prince of Peace to conclude that Christianity must be a wimpy, defenseless teaching. Of course, this is one of many titles for Jesus, another being the Lion of Judah. While Jesus was exceptionally mild and meek at his first coming, we are assured by Scripture that he will not be so at his Second Coming. He is described in Revelation 19 as the King of kings who leads the armies of heaven on a white horse and utterly destroys his enemies with the word of his mouth (visualized there as a sword). In a world littered with violence, the Prince of Peace knows that real tranquility is only obtained through strength.

The words of Jesus uttered during the Sermon on the Mount are also misinterpreted by some. Jesus urged his followers to be peacemakers and to love, not kill, their enemies. Indeed, this marks a pivotal distinction between the teachings of Jesus and the teachings of Muhammad. Some fail to recognize that war and weapons can be used for evil or for good, for offense or for defense. Jesus urged the latter.

It is sometimes claimed that Jesus never told his followers to arm themselves, but that is patently untrue. In Luke 22:36, Jesus told his disciples to buy themselves swords even if they had to sell their cloaks to afford them. Of course, the sword was the “arms” of their day, as the gun is for us today. The disciples possessed two swords and Peter used one of them to injure a man when Jesus was being arrested. Jesus rebuked Peter, and this is offered as proof that Christians should not use weapons (despite the fact that Jesus just told them to acquire them). However, Peter was rebuked not for using a sword in self-defense but for interfering with God’s plan of redemption. We know this because Jesus said it plainly: “Put your sword away! Shall I not drink the cup the Father has given me?” (John 18:11).

Perhaps most commonly, the “turn the other cheek” admonition is used to advance Christian pacifism, but those advancing that argument are again missing the point Jesus was making. God is not urging his followers to put themselves or others in harm’s way or to be bullied or mistreated at the hands of evil men. He is telling us to put away retaliation, to take insult without retribution, to leave vengeance to him (Romans 12:19). 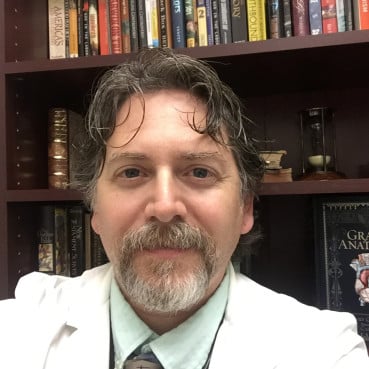 Christian leaders like Jerry Falwell and Franklin Graham are leading the charge against deadly political correctness. Graham has been chided for advising that we refuse Syrian refugees entry into the United States, warning that doing so could lead to a Paris-style attack in America. Most people regard Graham’s warning as common sense. Importantly, Graham does not propose abandoning refugees but rather finding a solution that is best for them and us. One proposal is relocating refugees to safe places within the Middle East where the victimized can retain their customs and culture and we can be safe from the terrorists among them. The costs can be covered by Samaritan’s Purse and federal aid. Graham’s position is fully consistent with the gospel.

Self-defense, both national and individual, is not denied by Christianity. Indeed, from the kick of a horse’s hoof to the hot blast of a bombardier beetle, self-defense is a God-given right to all creatures, including man. As noted already, armed self-defense is specifically sanctioned by Jesus (Luke 22:36). Falwell and Graham are right, but most Christians already knew that.

A version of this column originally appeared on the Liberty University website.

(Howell is a professor of biology and anatomy coordinator in the department of biology at Liberty University in Lynchburg, Va.)