(RNS) Evangelical voices have been quick on the draw to blast Jerry Falwell Jr. for his call to Liberty University students to tote concealed weapons to class in case of a terror attack. They said his remarks were troubling, and that he didn’t sound like the Prince of Peace.

Perhaps. But a closer look at the rebuttals by Falwell’s Christian critics might be equally troubling.

Addressing Falwell’s call for Christians to defend themselves against violent attackers with violence themselves, Shane Claiborne asked what a Christian should do when faced with certain death. Claiborne’s answer: “We can lay down our lives. We can put our bodies in the way of violence. It was Jesus who said, ‘Greater love has no one than this: to lay down his life for his friends.’”

Sounds noble. Truly. But is the only appropriate Christian response in the face of physical danger to lovingly allow her attacker to take her life?

Similarly, to make his point about nonviolence, Jonathan Merritt quoted Jesus’ famous Sermon on the Mount, in which Rabbi Jesus instructs his followers to forgive their enemies, and to turn their other cheek to any who would wrong them.

Obviously, Jesus’ is the way of peace. Still, it seems like there might be a more responsible way of applying Jesus’ teachings to terrorist attacks.

Christian author C.S. Lewis, in an essay on why he’s not a pacifist, offers his own interpretation of the oft-quoted “turn the other cheek.” Lewis argues that if the only relevant factors in a scuffle are (1) my neighbor injured me, and (2) I want to injure him back, then obviously Christ’s command means I should give up the desire for retaliation. “But the moment you introduce other factors,” he argues, “the problem is altered.”

There were clearly more factors involved in San Bernardino, Calif., than a personal injury and the desire for vengeance. Therefore, according to Lewis’ logic, simply offering the shooter your right cheek to blow off after she blew off your left is not an obligatory response for Christians.

There’s a rich tradition within orthodox Christian thought that has long tried to come to terms with the reality of physical force in a broken world. Out of this thinking has evolved various theories on justified violence that humbly submit that Christian love and a call to arms are not mutually exclusive.

To criticize Christians who carry guns, some have asked, “How does shooting someone count as loving your neighbor?” (Indeed, #WhoWouldJesusShoot has been trending on Twitter.)

However, in the spirit of Jesus, we might ask, “Who is my neighbor?”

Obviously, Jesus defines neighbors to include our enemies — appropriately enough, our national enemies. He also opens the definition to include those who are most vulnerable and in need of our immediate assistance.

What if loving my immediate neighbors requires me to shoot someone threatening them? Does it really count as loving my baby niece if, when someone comes to do her harm, I simply bow my head and publish an open letter on the Internet?

Theologian Thomas Aquinas has written that one action can have two effects — an intended effect, and an accidental one. The action of self-defense does at times have two effects, as well, he argues: “one is the saving of one’s life, the other is the slaying of the aggressor.”

This is known as the principle of double effect, Tobias Winright, Catholic ethicist and former police officer, explained in an interview with U.S. Catholic. When asked about police shooting life-threatening suspects, Winright said, “The intent is not to kill; it’s to stop the person. The primary effect is stopping the person from killing you or someone else, but the secondary effect is that they die.”

Obviously police and civilians ought to and do view the question of justified violence differently: Police are tasked with protecting those around them.

But as the catechism of the Catholic Church instructs, it is also permissible for Christians to defend themselves from harm: “Love toward oneself remains a fundamental principle of morality. Therefore it is legitimate to insist on respect for one’s own right to life.”

The taking of any human life is always grievous. Each death pains the God whose image we all bear. Further, it’s troubling to consider how a violent action, even when justified, could ever advance the kingdom of God that Christ came to establish.

Still, it’s also troubling to hear our cultural gatekeepers pretend that answering such questions is as simple as creating a meme or getting a tweet to go viral.

Whether you’re telling Christians to take up arms or lay them down, to defend their neighbors or sacrifice their lives — to err in the extreme on either side is naive. Are there no nuanced positions in between both of these poles for us to consider? It seems a better use of our time to discuss those. 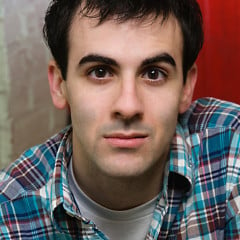 (Brandon Ambrosino is a writer and dancer in Delaware. He has written for The New York Times, The Boston Globe, The Atlantic, Time, Pacific Standard, The Daily Beast and the New Republic.)