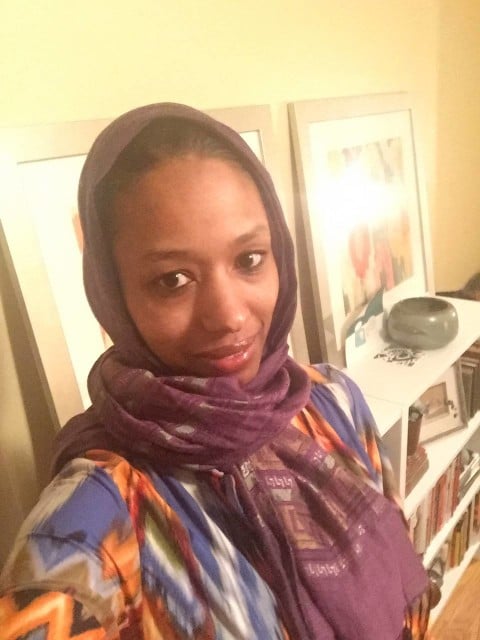 (RNS) In a moment when relations between Christians and Muslims are so strained, claiming that adherents of the two religions worship the same God can be controversial.

But when the person making such a claim is employed by an evangelical college, it might mean losing one’s job.

That could happen to political science professor Larycia Hawkins, who publicly claimed that Muslims and Christians “worship the same God.” Hawkins, an Episcopalian, also decided to wear a hijab, a traditional Muslim head covering, in solidarity with Muslims during the Advent season.

Wheaton College in Illinois announced on Tuesday (Dec.15) that it had put Hawkins on administrative leave for her “same God” comments. In an official statement, college administrators expressed concern over the “theological implications” of her statements and promised a full review.

Founded in 1860, Wheaton has long been considered a fairly open-minded institution within evangelicalism. Science professors can teach evolution, government professors need not support conservative political theories, and students don’t have to worry about strict dress codes or stringent curfews like students at more fundamentalist colleges do. In 2003, it eased bans on alcohol consumption and dancing.

But a string of politically charged events, culminating in Hawkins’ suspension, place Wheaton at an important crossroads. The school must now decide what kind of evangelical college it wishes to be.

Wheaton has been no stranger to political controversy in recent years. The college has experienced racial tension, including an incident in March when football players wore KKK robes and carried Confederate flags in a skit as part of a team-building exercise. Last year, a group of feminist students on campus — some who are pro-choice — began speaking out about their views on gender equality. Also looming large: controversies over contraception and homosexuality.

When Obamacare mandated contraception coverage, the school sued the federal government to avoid providing emergency birth control. Wheaton eventually got a temporary exemption from the Supreme Court. In order to increase its chances of winning the lawsuit, Wheaton ceased providing health care for its students. A school official admitted that “students have been hurt by the decision.”

Wheaton’s firm stance against homosexuality has led to it being named one of the least LGBT-friendly colleges in the nation, even ranking as the #1 worst some years. The school created consternation within the student body when it invited a “former lesbian” to speak about sexuality in chapel. A coalition of pro-LGBT alumni and students calling themselves “OneWheaton” has garnered some media attention in recent years, but the school has not wavered.

Some progressives were pleased when Wheaton hired a “gay Christian” named Julie Rodgers. Even though Rodgers advocated celibacy for LGBT Christians at the time, it appeared like a shift for the school. But Rodgers’ hire created controversy among some associated with Wheaton. In July, Rodgers announced that she now “supported same-sex relationships” and resigned her post in the school’s chaplaincy office.

All of this brings us to Hawkins. She wrote in a Dec. 10 Facebook post: “I stand in religious solidarity with Muslims because they, like me, a Christian, are people of the book. And as Pope Francis stated last week, we worship the same God.”

Though it may not seem to be so at first glance, it’s unclear what Hawkins means by “worship the same God.” Other conservative Christians of late have made similar arguments despite also believing that Muslims must accept Jesus in order to be “saved.” These Christians claim that Muslims, like Jews, are speaking truly but incompletely of the same God of Abraham, Isaac and Jacob that Christians worship.

Because of this nuance, Hawkins’ statements about “theological unity” with Muslims may or may not be a denial of the conservative Christian view that “Jesus Christ is the only way to heaven.” If it turns out she still holds to evangelical doctrine as laid out in Wheaton’s statement of faith, this could all blow over. If not, Hawkins’ future at Wheaton may be in serious jeopardy.

But the political nature of this situation means there will be an impact to Wheaton’s identity no matter what it decides.

People of various interests will be elated or upset regardless. But the college must decide — not just about Hawkins’ future, but about its future also.

Wheaton students and faculty often brag that they are the “Harvard of evangelicalism.” Now the school must decide to what extent that is true.

Does it wish to welcome a wider range of students and faculty into its fold, like an Ivy League school would? Or will it choose to calcify commitments to political and theological conservatism on par with schools like Liberty University?