NAIROBI, Kenya (RNS) A government plan to regulate religious groups is shaping into a bitter fight, with Christian and Muslim leaders protesting that it tramples over religious freedom.

The government published a set of rules this month that require religious leaders to have theological degrees and religious groups to submit a statement of faith.

The rules come amid concerns that some pastors were fleecing followers and some mosques were becoming centers of radicalization.

Roman Catholic bishops expressed shock at the rules, saying that if implemented, they would impede the work of evangelization. “Similar attempts to regulate the procedures for Christian marriage have led to a major drop in young people coming to church to celebrate the sacrament,” Bishop Philip Anyolo, chairman of the Kenya Conference of Catholic Bishops, said at a news conference Tuesday (Jan. 12).

On Monday, evangelical and Pentecostal church leaders threatened countrywide protests against the rules.

At a meeting in Nairobi attended by at least 1,000 pastors, Bishop Mark Kariuki, chairman of the Evangelical Alliance of Kenya, said the rules were a form of persecution.

“Requiring pastors to obtain a theological degree is presupposing that all ministers of the gospel are learned,” he said. “There are some who are called and yet do not have the benefit of formal education.”

He also complained that not one church had been formally registered in 2015 and that in 2014 more than 7,000 churches were denied official recognition.

“This is manifest discrimination and persecution of the church,” Kariuki said. “We will not take it anymore.”

He added that churches are not opposed to reasonable regulation after proper consultation.

Describing it as fraud, the government is also seeking to stop a new and voluntary trend where Christians send offerings or “seed money” to pastors via mobile phones. The government also seeks to control preaching on television through new rules governing broadcasting.

“The church is in the business of spreading the gospel. It is offensive to tell us we cannot invite people to make decision for Christ (on TV),” said Kariuki.

The Rev. Peter Karanja, general secretary of the National Council of Churches of Kenya, a Protestant group, warned the government not to provoke churches.

“Christians are voters, and it will be tragic to provoke the church into asking whether they voted for the right government,” Karanja told journalists.

Sheikh Adan Wachu, chairperson of the Supreme Council of Kenya Muslims, warned that the regulations violate freedom of worship. 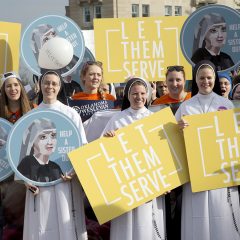 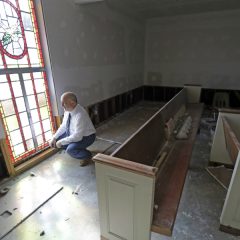 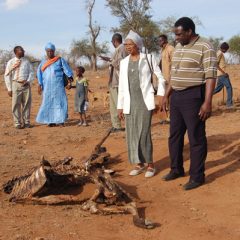 Arts & Culture
Kenya’s Council of Churches launches climate change campaign ahead of Paris conference
Follow us on Facebook!
Submit your photos to RNS