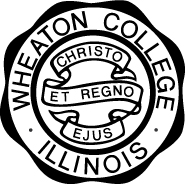 Wheaton College Seal, with motto "For Christ and His Kingdom"
January 12, 2016
Mark Silk

Wheaton College Seal, with motto "For Christ and His Kingdom"

Thanks to emails disclosed by Time magazine, we now know that the effort by Wheaton College to get rid of tenured political science professor Larycia Hawkins has nothing to do with its concern about her orthodoxy or its need to maintain doctrinal boundaries. It has to do with caving in to outside pressure.

“Articles are already being written in a variety of news sources, and the media are pounding on our door asking for comments about our faculty who are endorsing Islam,” wrote Wheaton provost Stanton Jones in a December 11 email to psychology professor Michael Mangis. “We are being asked to defend why we have faculty openly rejecting with (sic) the institution stands for.”

Jones wrote to Mangis because Mangis had written a comment in support of Hawkins' declaration of solidarity with Muslims on her Facebook page. “If you get any grief at work give me a heads-up because I’ll be leading my spring psychology of religion class in Muslim prayers,” he wrote.

“I cannot tell you what a disaster this brief comment from you on Facebook is shaping up to be,” Jones emailed Mangis. “Larycia Hawkins also meant something similarly innocuous, but her theological comments are being taken up as an endorsement of Islam and a clear and emphatic statement that Islam and Christianity are approximately the same.”

Rather than answer the criticism and forthrightly defend his tenured faculty members for comments he believed innocuous, Wheaton's chief academic officer went into full damage control mode, irregularly suspending Hawkins from teaching, initiating a process to fire her, and suppressing faculty support. With the spring semester under way, there are students and faculty protesting and worrying about the school's future.

Wheaton likes to consider itself the Harvard of evangelicalism, so it's worth recalling what Harvard did when faced with an analogous situation. That was during the Red Scare of the early 1950s, when many institutions of higher learning yielded to public pressure to fire Communists and ex-Communists who pleaded the Fifth Amendment rather than name names before congressional investigating committees. Harvard refused to either suspend or fire one of them, an associate professor of physics professor named Wendell Furry, even after the U.S. Senate voted a contempt citation against him.

After he became president of the university in 1953, Nathan Pusey -- a pious Episcopalian who rescued the Harvard Divinity School from oblivion -- stood up to Sen. Joe McCarthy's pressure to get rid of Furry and dismissed out of hand the demand of Massachusetts Gov. (and Harvard Overseer) Christian Herter that any faculty member who took the Fifth be dismissed. Pusey also stood up to pressure from conservative alumni.

Harvard did not behave perfectly during the McCarthy era. Its administrators cooperated with the FBI and subjected some left-wing junior faculty to what in hindsight were unnecessary and unwarranted sanctions. But in difficult times, it put up impressive and important resistance to outside assaults on its institutional integrity.

Wheaton still has a chance to redeem itself and do the same. Next month, a nine-member faculty personnel committee will interview Hawkins and make a recommendation to Wheaton President Philip Ryken, who will then make his own recommendation to the college trustees, who will in turn pronounce judgment. The eyes of the country will be upon them all.