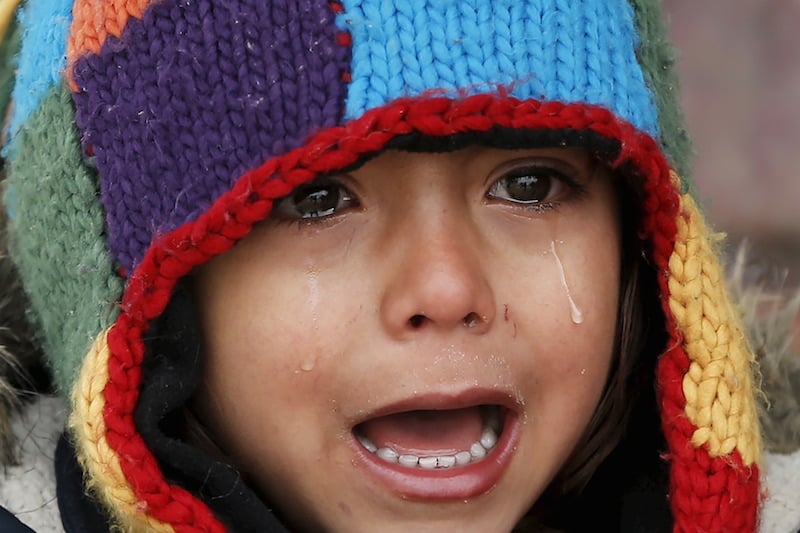 A child cries from the cold at a registration camp for migrants in Presevo, Serbia REUTERS/Marko Djurica
January 24, 2016
Reuters

A child cries from the cold at a registration camp for migrants in Presevo, Serbia REUTERS/Marko Djurica

LONDON (Reuters) - Britain might take in refugee children who have been displaced by the war in Syria and have traveled to other countries in Europe, a government minister said on Sunday.

International Development Secretary Justine Greening said the government was considering whether it could do more for the estimated 3,000 children who have fled the conflict without their parents or guardians and are in Europe.

Asked whether the government was close to agreeing to calls from relief groups for Britain to admit the children, Greening told Sky News television: "That's what we are doing and I think that is the right thing."

Prime Minister David Cameron has previously said Britain would accept 20,000 refugees over the next five years from camps in the Middle East, as opposed to those who have already made it to Europe.

Critics say that response has been meager when compared with the 1.1 million asylum seekers who arrived in Germany last year. Campaign groups and more than 80 Church of England bishops have urged Cameron to do more.