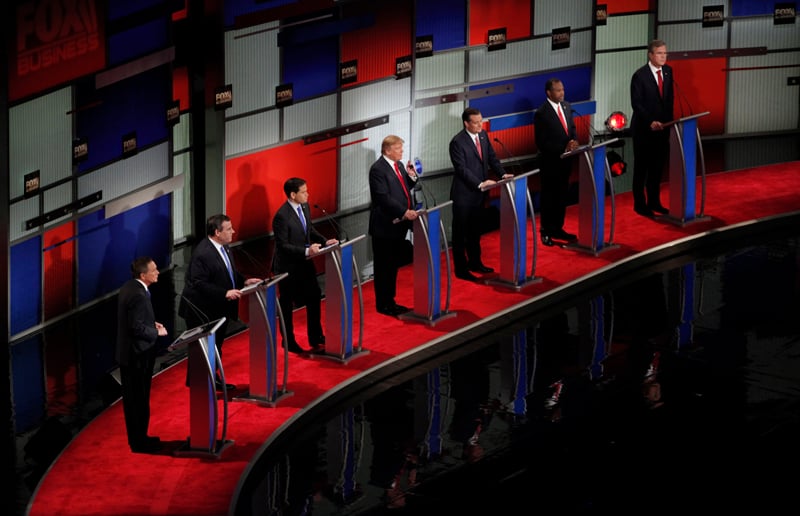 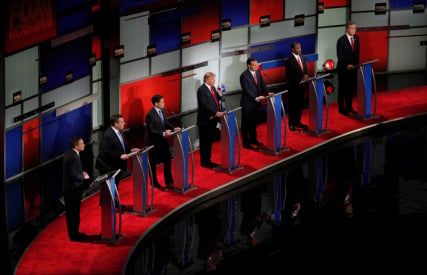 (1) Many Americans really do think "the system" is rigged against ordinary people, so that big banks get bailed out, big-time crooks get off scot free, but the average person gets no mercy whatsoever. Which means that:

(2) The economic meltdown of 2007-2008 wasn't just a "recession" -- it was an occasion for great loss of faith in America. What mattered was not just an economic meltdown, but perceptions of the greed, corruption, self-dealing, and government fecklessness that made it happen. See "The Big Short."

(3) This election demonstrates considerable grassroots unhappiness with capitalism's functioning, from both right and left. This may be one reason why Rand Paul's libertarianism didn't sell this time, Bernie Sanders can get 50% of the Democratic primary vote, and Hillary (and Bill) Clinton's cozy ties with Wall Street are really damaging.

(4) Young Americans may be radicalized by living in the aftermath of the Great Meltdown. I fear we face a lost generation of twentysomethings and maybe thirtysomethings who have not been able to get launched successfully, who are buried in student debt, not adequately insured, can't buy a home, can't get a (decent) job, and in other ways have little reason to be confident in America as currently led and organized.

(5) There is still a market for the Christian Right message, but Ted Cruz rather than Rick Santorum and Mike Huckabee proved best able to advance that message this time around. The Supreme Court's gay marriage decision is the current focus of greatest conservative Christian angst.

(6) Political polarization is only deepening, as the candidates are pulled to the hard right and hard left and engage in purity tests with each other.

(7) The attack on "political correctness" really resonates with a lot of people, especially white men. This seems to be at the core of Donald Trump's surprising success, and is an important takeaway even if he doesn't advance to the nomination.

(8) Republican voters in Iowa gave half their votes to two Cuban-Americans who competed with each other to sound as tough as they could on illegal immigration on our southern border. This means something like this: we do not like illegal immigration but we also do not exclude (legal) Latinos from full acceptance in the American family. That's interesting, don't you think?

(9) Americans are confused and conflicted about our foreign wars, but are certainly tired of not winning decisively. No coherent or shared foreign policy strategy or message has emerged to replace what we are currently (not) doing.

(11) The two major political parties are struggling to wrestle back control of their primary processes from outsiders. Sanders, Trump, and Cruz are all outsiders. No one at Democratic or Republican headquarters could have foreseen the current situation. I wonder what lessons they are learning.

I welcome your observations. Join the conversation!

Related Posts
By Thomas Reese
COVID-19 costs President Trump support among Catholics
By Alejandra Molina
Four young people of different faiths move into a home together, then a pandemic happens
By Jeffrey Salkin
Warning: Your piety might be dangerous to your health
By Jeffrey Salkin
Democratic party hits control-alt-delete
By Sajida Jalalzai
Why Bernie Sanders brings out the Muslim vote