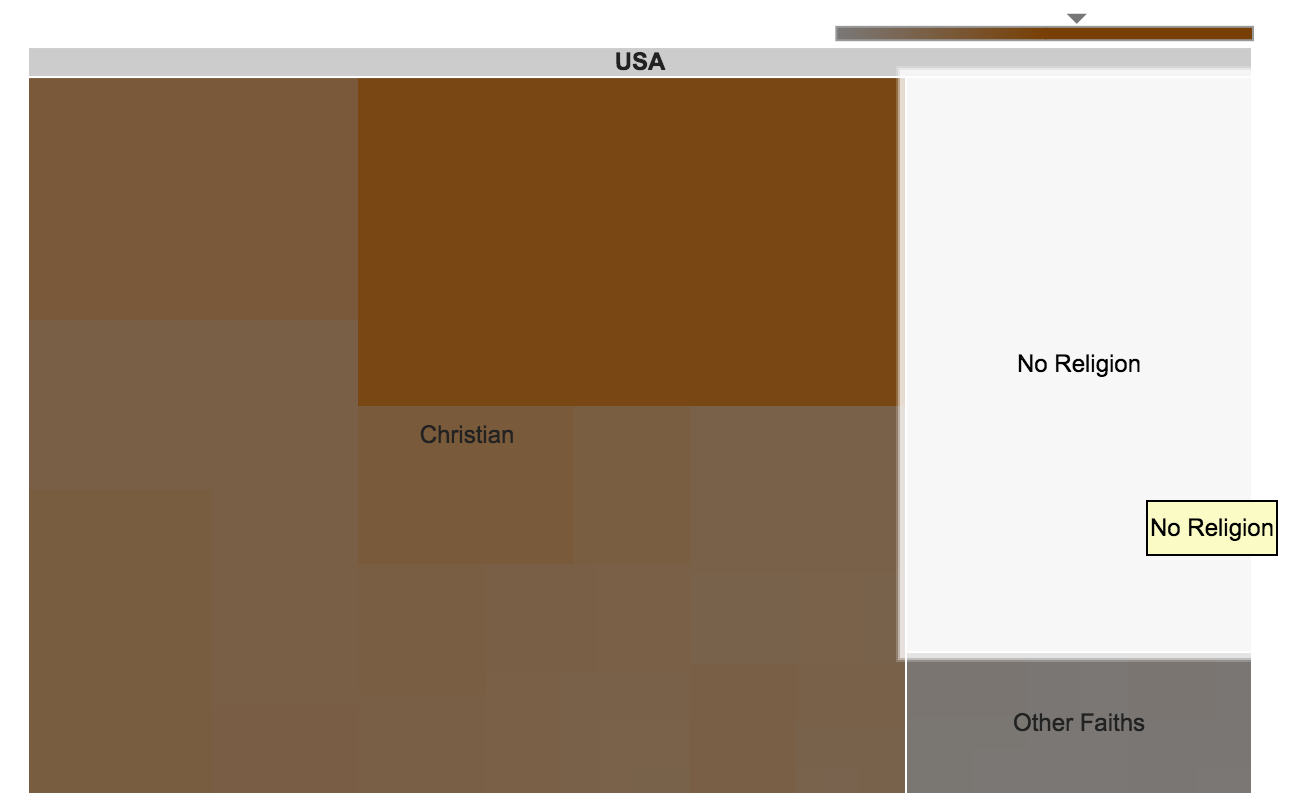 There are thousands of traditions, denominations and associations in American religion. How can anyone make sense of it all? This data visualization tool shows how many social scientists see American religions. It's interactive so that you can explore which groups are in religious traditions.

The graph starts by grouping faiths into just three large groups: Christian, Not Christian, and No Religion. But you can see that each group is a mosaic made up of sub-groups. Under Christian, for example, are traditions including Catholics, evangelical Protestants, mainline Protestants, historically black denominations, and other smaller traditions (at least smaller in size in the U.S.).  Many of the sub-groups are also made up of smaller groups. Jews are under non-Christian religions. But then Judaism is divided into streams including Reform, Conservative, and Orthodox. The graph allows you to look at which groups fall within traditions and sub-traditions.

You can explore by zooming in and out to different levels, from broad categories to specific denominations and back again.

SEE Microcosm of American religion in one small town map

The area of the group's shape shows its size relative to others shown. Each group is colored according to its relative size to all other groups. You can see how small the group is by seeing the arrow at the upper-right hand corner. I calculated the size based on Pew's Religious Landscape studies.