(RNS) Evangelical advocates for immigration reform are concerned that proposed South Carolina legislation will make it more difficult for faith groups to help refugees in the Palmetto State.

The bill, which passed a state Senate committee in late January, could make organizations that sponsor refugees liable if the new residents should later commit a terroristic act or other crime.

The current language includes a provision calling for “civil liability for voluntary resettlement organizations arising from the actions of a refugee placed in this state to whom the organization provided sponsorship or resettlement services.”

Alan Cross, a Southeast consultant for the Bibles, Badges and Business program, said the legislation may not forbid refugee ministries but could limit the religious liberty of organizations that want to help refugees.

“It’s like suing the good Samaritan for something the man he helped did years later,” Cross, a Southern Baptist minister who also works with the Evangelical Immigration Table, said in an interview. 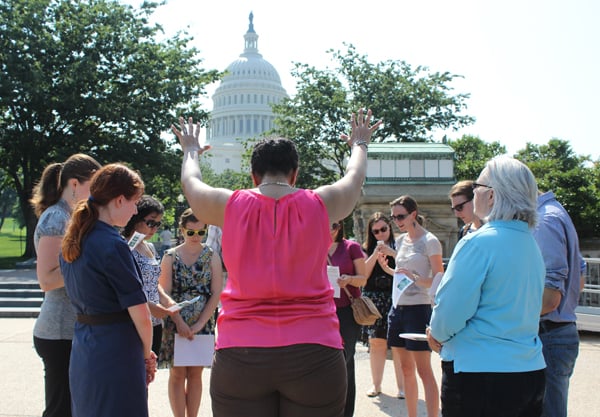 Supporters of immigration reform gathered near the U.S. Capitol on June 25, 2013, during a week of daily prayer gatherings organized by the Evangelical Immigration Table. RNS Photo by Adelle M. Banks 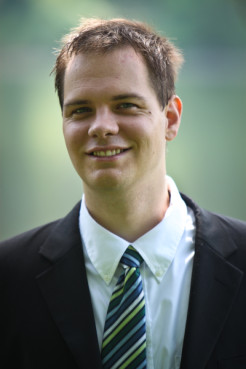 Matthew Soerens, U.S. director of church mobilization for World Relief, said his agency has worked with local churches to resettle more than 260,000 refugees since the late 1970s, and none have been charged with terrorism. Photo courtesy of David Vosburg

World Relief, another EIT member, said the language of the legislation appears to be based on misconceptions about the vetting of refugees.

Matthew Soerens, U.S. director of church mobilization for World Relief, said his relief agency has worked with local churches to resettle more than 260,000 refugees since the late 1970s and none have been charged with terrorism.

“We at World Relief have a great deal of confidence in the federal government’s screening process,” he said.

State Sen. Lee Bright, a Republican from Spartanburg who sponsored the legislation, said the measure was needed for public safety, WLTX reported.

“I think in South Carolina as legislators we need to do everything in our power to protect the citizens of South Carolina,” he said. News
Safe in the US, Afghan evacuees turn their attention to the families they left behind
Follow us on Facebook!
Submit your photos to RNS