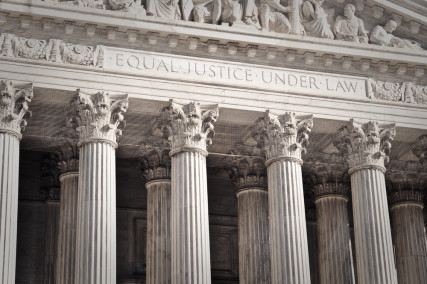 To all of my fellow liberals: I know that you didn’t like Antonin Scalia’s rulings.

Frankly, I don’t blame you. I found Scalia’s positions on church-state relations, sexuality, guns, abortion, death penalty, and pretty much everything else to be very problematic. (Though he was the first Supreme Court to use the word “chutzpah” in a legal decision.)

Let me ask us all a favor.

Can we all just keep quiet about that, at least for a little while?

Or, better yet: let’s mourn the death of a significant American jurist who was arguably one of the greatest legal minds of our generation.

Yes, even if we didn’t agree with his opinions.

Because, based on what I am seeing on social media, there has been a lot of inappropriate snark about his sudden passing — stuff like “Ding, dong, the witch is dead” and “who will tell Clarence Thomas how to vote now?”

This is not how good people treat the death of a great person, even if you disagreed with that person’s ideas.

How does the Jewish tradition us on how to handle the death of a person that we don’t like?

First of all, biblically-speaking, there are only two people whose deaths we are allowed — even encouraged – to hope for and even celebrate. One would be the infamous Amalek, who led his hoards in attacking helpless Israelites as they left Egypt.

And the second person is his descendant, the Persian tyrant, Haman, who is the villain of the story of Esther, and who sought the destruction of the Jews of Persia, which is the back story of the holiday of Purim,

Yes,  Jews rejoiced when Hitler died, and again, when Stalin died. They were, of course, mass murderers of the most heinous variety, and the very symbol of evil in our time.

So, a few Jewish insights into how we should treat the deaths of people we don’t like (and who fall into a lesser category of evil than Hitler or Stalin):

On the other hand, Judaism also has its “dark side” on the treatment of enemies:

We can put these teachings into their proper historical context — the ruminations of a persecuted people who were powerless to do anything, other than chant to themselves: “Hit ’em again — harder, harder!”

Christianity (and I say this with profound respect) isn’t always so pure in this regard.

Yes, in the Sermon on the Mount, Jesus said that we should “love our enemies” (Matt. 5:4).

But, Christian history has often belied that commandment.

Let’s remember how a true Jewish mensch dealt with Scalia.

I am talking about Justice Ruth Bader Ginsburg. She and Scalia hardly agreed on anything — other than their friendship and their mutual love of opera.

So, how do we respond to the death of Antonin Scalia?

At this time, only this.

We send condolences to the Scalia family on the death of their husband, father, and grandfather. It stinks to lose a loved one so suddenly.

For the time being, that’s all that we have to do.