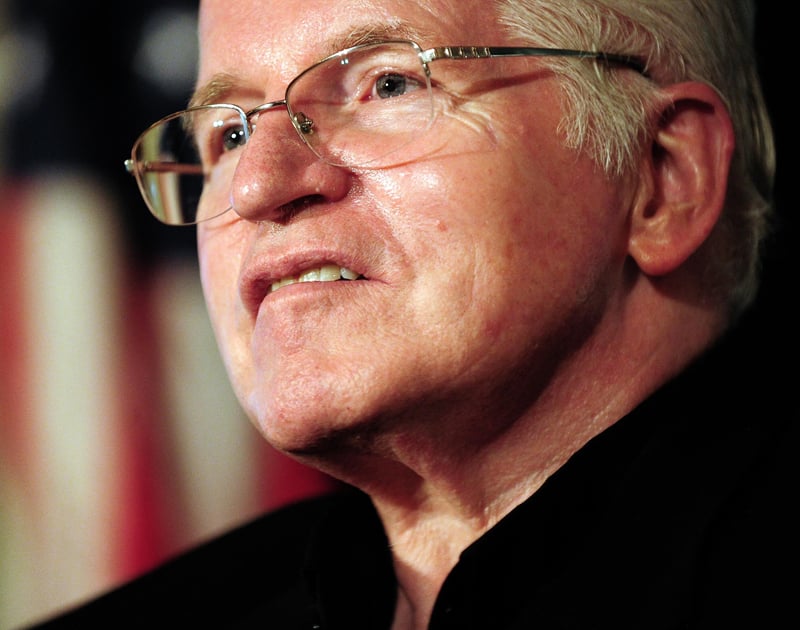 Father Thomas Hartman on stage during the Thomas Hartman Foundation for Parkinson's Research annual "Cure for Sure" dinner in Woodbury on the evening of June 21, 2011. Photo by Thomas A. Ferrara, courtesy of Newsday *Editors: This photo is not available for republication in web or print, and may only be used one time on the RNS website with RNS-SALKIN-COLUMN, originally published on Feb. 18, 2016.
February 18, 2016
Jeffrey Salkin

Monsignor Thomas Hartman on stage during the Thomas Hartman Foundation for Parkinson's Research annual "Cure for Sure" dinner in Woodbury, N.Y., on the evening of June 21, 2011. Photo by Thomas A. Ferrara, courtesy of Newsday
*Editors: This photo is not available for republication in Web or print, and may only be used one time with RNS-SALKIN-COLUMN on the RNS website.

(RNS) One of my great teachers has just died.

I know: You expect me to name a particularly profound rabbi, or a great Jewish theologian.

But today, you would be wrong.

I am remembering the life of Monsignor Thomas Hartman, of the Diocese of Rockville Centre, N.Y., whom God called home at the age of 69.

Hartman had been suffering from Parkinson’s disease, and he fought nobly until the very end.

I first came to know him through my close friendship with Rabbi Marc Gellman, who, along with Hartman, constituted “The God Squad.”

“The God Squad” was a long-running television show, which began on the Telecare channel in New York. The pair went national (including regular appearances on the Don Imus show and "Good Morning America.") They had a national syndicated newspaper column. They wrote a book together, which became an HBO special. 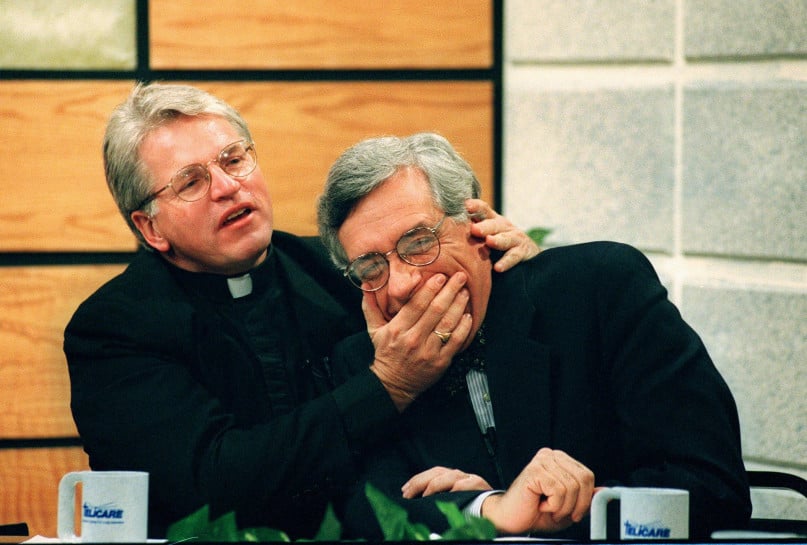 Monsignor Thomas Hartman, left, and Rabbi Marc Gellman share a light moment after one of their television appearances as the "God Squad" on Nov. 14, 1996. Photo by Karen Wiles Stabile, courtesy of Newsday
*Editors: This photo is not available for republication in Web or print, and may only be used one time on the RNS website with RNS-SALKIN-COLUMN, originally published on Feb. 18, 2016.

I had the great privilege to be a guest on “The God Squad” on many occasions over the years, and I grew immeasurably from the experience.

Hartman was smart, handsome, articulate -- an “aw shucks” kind of guy whose demeanor belied a national, and even international, reach and influence.

When I first met Hartman, some 25 years ago on Long Island, we spent the day together.

On that day, I learned things about the religious life that I had not known before.

READ: Can the pope’s visit make a difference? Until today, I didn’t think so (COMMENTARY)

The first lesson: Rather than go out to eat at a restaurant, Hartman suggested we go to his parents’ home for lunch. Why? He had not seen them in a few weeks, and he wanted to check in on them.

The takeaway: The fifth commandment is to “Honor your parents.” Hartman was one of the busiest priests in the “business,” and his office desk, insanely piled with papers and projects, testified to that. But he knew that all of his busy-ness, and even sacred work, meant nothing without his attention to the holiest work that a person can do: paying attention to one’s parents.

The second lesson: We arrived at the Hartman home, which was on a plain, postwar block in a working-class neighborhood of Long Island. Mrs. Hartman greeted me as if I were a long-lost relative. She ushered us into their small kitchen, and then she proceeded to serve us lunch.

Here is the scene: Mrs. Hartman is scooping a casserole onto our plates.

Mrs. Hartman: Now, Tommy, what did you say that your friend does for a living?

Hartman: He’s a rabbi, Mom. So, about the casserole ….

A piece of casserole was about to drop from the large spoon in her hand, and it was beginning its descent onto my plate.

But Mrs. Hartman pulled a sleight of hand. She pushed my plate out of the way, caught the piece of casserole, returned it to the serving dish and said: “Ah. No problem. I also have some tuna fish for your friend.”

The casserole contained ham. Hartman realized that, and without my saying so (and he had just met me), realized that a food faux pas was about to happen. Just in the nick of time, Mrs. Hartman intercepted the culinary work of her hands, and saved the day.

The takeaway: Hartman discerned, without my even telling him, and without even knowing me, that because I was a Jew and a rabbi, there was a strong possibility that I observed the biblical dietary laws.

He was right. And, in a great act of interfaith sensitivity, he prevented me from violating that tradition.

From this, we learn that one of the true marks of an interfaith friendship is not only knowing and respecting the other’s traditions, but also doing everything possible to help that friend stay true to who they really are.

(I compare Mrs. Hartman’s faithful gesture, sadly, to the many Jews who believe that keeping kosher is a mere artifact of the past that can be easily and cavalierly discarded.)

READ: Who would Jesus vote for? Maybe Bernie (COMMENTARY)

The third lesson: We finished lunch, and Hartman told me he had to stop off at his home to pick something up.

We drove to a large Catholic high school. We entered the school, where various kids gave the monsignor a high-five, and took an elevator to the fifth floor.

That was where Hartman lived. On the fifth floor of a high school. In a small apartment. With several other priests. 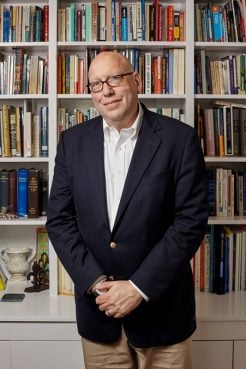 Here was a priest, a monsignor, a television personality, a man who was on a first-name basis with political figures and international leaders. Yet he had apartment mates.

The contemporary sage Abraham Joshua Heschel once referred to “our teachers in heaven.”

Monsignor Hartman was one of my great teachers.

And he is now in heaven. May God watch over him.

(Jeffrey K. Salkin is the rabbi of Temple Solel in Hollywood, Fla., and writes the "Martini Judaism" blog at RNS)