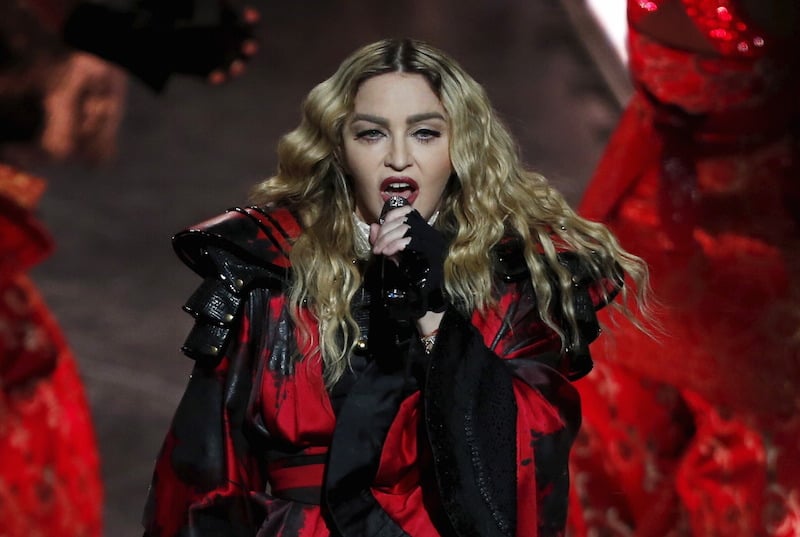 MANILA, Feb 24 (Reuters)  A Roman Catholic bishop in the Philippines urged the faithful to stay away from American pop singer Madonna’s two-night concert in Manila, calling her music “suggestive” and her clothes “vulgar”.

Madonna, 57, is on a world tour to promote her 13th studio album, “Rebel Heart”, which combines her trademark sexually charged performance and lyrics.

She performs on Wednesday (Feb. 23) and Thursday in the same hall where Pope Francis met Filipino families a year ago.

“Why is the Catholic Philippines the favorite venue for blasphemy against God and the Holy Mother?” asked Ramon Arguelles, archbishop of Lipa City, south of the capital.

“Pinoys and all God-loving people should avoid sin and occasions of sin,” he said in a statement on the website of the Catholic Bishops’ Conference of the Philippines, referring to Filipinos.

Roman Catholics make up about 80 percent of the Philippine population of more than 100 million and the church has strong influence, blocking legislation on the death penalty, divorce and same-sex marriage.

There was no immediate reply to telephone calls seeking comment from the event organizer or Madonna, who arrived in Manila on Monday and visited Catholic-run orphanages, including one of the oldest, near the presidential palace.

Madonna is famed for her hits, “Like A Virgin” and “Material Girl,” but some of her music videos used religious symbols in ways the Catholic prelates found offensive and disrespectful.

The performer’s concerts were among “subtle attacks of the evil one”, the bishop added, in an apparent reference to Satan. In 2012, Arguelles also opposed the Manila concert of Lady Gaga as the work of Satan.

In the wealthy neighboring city state of Singapore, where Madonna is scheduled to perform on Sunday, Catholic authorities also expressed grave concern.

“It is our moral obligation not to support those who denigrate and insult religions, including anti-Christian and immoral values promoted by the secular world,” Singapore Archbishop William Goh said on the archdiocese website.