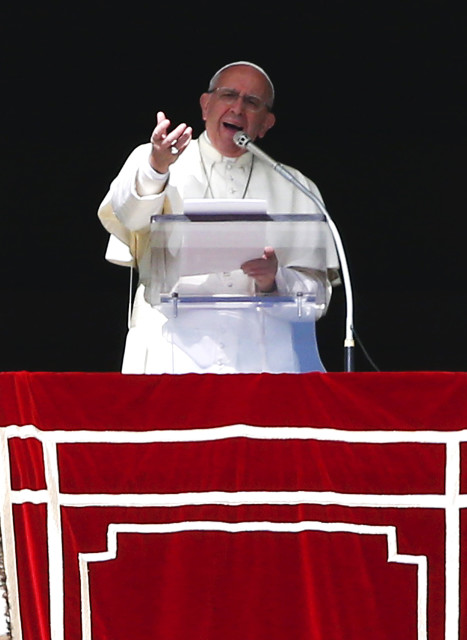 (RNS) A series of essays in the semiofficial Vatican newspaper is urging the Catholic Church to allow women to preach from the pulpit at Mass, a role that has been reserved almost exclusively to the all-male priesthood for nearly 800 years.

“This topic is a delicate one, but I believe it is urgent that we address it,” Enzo Bianchi, leader of an ecumenical religious community in northern Italy and a popular Catholic commentator, wrote in his article in L’Osservatore Romano.

“Certainly for faithful lay people in general, but above all for women, this would constitute a fundamental change in their participation in church life,” said Bianchi, who called such a move a “decisive path” for responding to widespread calls — including by Pope Francis — to find ways to give women a greater role in the church.

Two nuns also contributed articles in the March 1 special section that is part of a new L’Osservatore Romano series on women called “Women-Church-World.”

In her column, Sister Catherine Aubin, a French Dominican who teaches theology at a pontifical university in Rome, noted that Jesus encouraged women to preach his message of salvation, and she said that throughout church history there have been many extraordinary women evangelists. Women today also lead retreats and in effect preach in other ways, she argued.

“Let us sincerely pose a question then,” Aubin writes. “Why can’t women also preach in front of everyone during the celebration of Mass?”

Another Dominican, Sister Madeleine Fredell of Sweden, wrote that preaching “is my vocation as a Dominican, and although I can do it almost anywhere, sometimes even in the Lutheran church, I believe that listening to the voice of women at the time of the homily would enrich our Catholic worship.”

If it happened, such a change would be a controversial shift.

In the early 13th century, as part of the movement toward consolidating church power in the papacy and the clergy, Pope Gregory IX effectively barred lay people — both men and women — from preaching, especially on theological or doctrinal matters that were considered the province of educated clerics.

While occasional exceptions were allowed, it wasn’t until the early 1970s that there were hints of a reconsideration of the ban, spurred by the growing calls for women — and all lay people — to assume greater roles and responsibilities in the church. In his article, Bianchi noted that in 1973 the Vatican gave the German bishops permission to allow lay people, most of them women, to preach with special permission for an experimental eight-year period.

But the election of St. John Paul II, a doctrinally conservative pope, in 1978 launched a period of stricter bans.

The revised Code of Canon Law that John Paul promulgated in 1983 stated that the homily “is reserved to a priest or deacon” because it is an integral part of the Mass and must be done by an ordained male acting in the role of Christ.

Then, in 1997, a Vatican document backed by eight offices in the Roman Curia sought to further reinforce the proscription against lay preaching; it also warned bishops that they could not allow any exceptions.

Yet at the same time as the Vatican was bolstering the distinction between the laity and ordained clerics, lay people — many of them women — were playing a more visible role at Mass as lectors and Eucharistic ministers. Girls were also allowed to be altar servers, a practice that has become widespread.

Those changes have led a number of conservatives to decry the “feminization” of the Catholic Church, and any serious proposals to allow women to preach would certainly heighten their anxiety.

The argument for a change is not that it is “modernizing” the church but rather that it is returning to the tradition of the first thousand years of Christianity, when, as Bianchi and the other essayists note, women were regularly given permission to preach, and often did so in front of priests, bishops and even the pope. 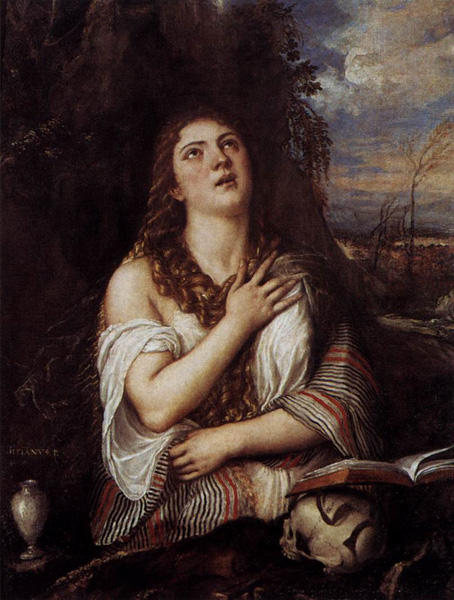 An oil-on-canvas portrait of Mary Magdalene

Mary Magdalene, in fact, was known as the “apostle to the apostles” because the Gospels recount how Jesus appeared to her first on Easter morning and sent her to deliver the news of his Resurrection — the foundational Christian belief — to his male followers.

So what will Pope Francis do?

The pontiff has repeatedly called for women to have a greater role in the church, but he has also reiterated the ban against ordaining women as priests and has warned against “clericalizing” women by trying to make them cardinals or to focus on promoting them to higher church offices.

Then again, that the Vatican’s own newspaper would dedicate so much space to the issue of women preachers is intriguing, said Massimo Faggioli, a church historian at the University of St. Thomas in Minnesota.