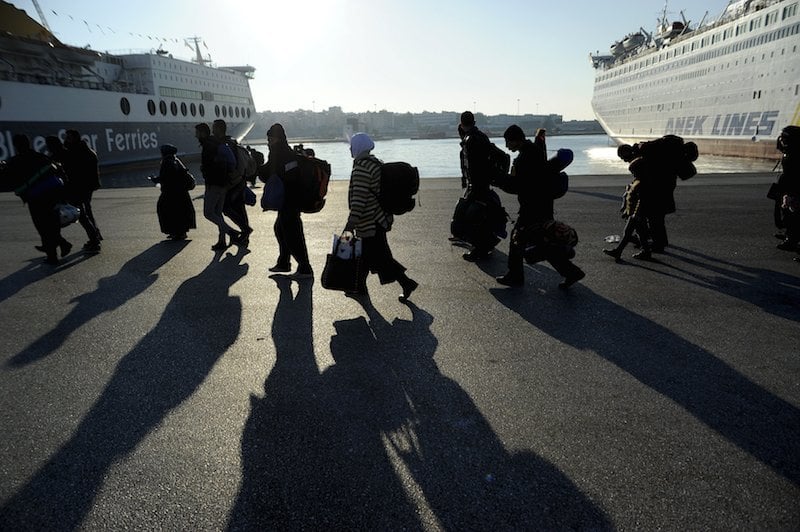 Refugees and migrants walk after disembarking from the passenger ferry Eleftherios Venizelos from the island of Lesbos at the port of Piraeus, near Athens, Greece, December 26, 2015. REUTERS/Michalis Karagiannis

CANTERBURY, England (RNS) Labeling people who are worried about mass migration into their country as racist is “absolutely outrageous,” Archbishop of Canterbury Justin Welby wrote in “The House,” a magazine read mainly by members of Parliament.

The head of the world’s 80 million Anglicans said the scale of the refugee crisis in Europe, which is bringing millions of people into Europe from the Middle East and Afghanistan, is raising huge concerns that he described as “entirely reasonable.”

“There is a genuine fear,” the archbishop said. “And it is really important that that fear is listened to and addressed. There have to be resources put in place that address those fears.”

Those fears, he added, include concerns about housing, jobs and the country’s medical services.

READ:Trump is getting out the Muslim vote

Welby’s comments follow those of Roman Catholic and Protestant church leaders in Germany who recently admitted the need to limit the flow of refugees after backing the country’s original open-door policy.

Germany continues to be open to most Syrians but is working to find ways to stop others from coming and deport those who have no right to political asylum.

“It’s not just about mercy, but also about reason,” Munich’s Cardinal Reinhard Marx, the head of the German Catholic bishops, said last month.

Welby previously offered to house “a family or two” in a cottage on the grounds of Lambeth Palace, his London residence. Their rents would be paid from charitable funds under his control.

The archbishop has previously criticized the British government’s decision to take in only 20,000 Syrians during the next five years.

Referring to a recent trip he made to Germany, he said: ”They (the Germans) took in 1.1 million (people) last year. And it does make 20,000 over several years sound really very thin.”

(Trevor Grundy is an RNS correspondent based in Canterbury) 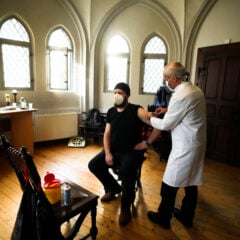 Religion Hub
In eastern Germany, pastors push for shots despite protests
Follow us on Facebook!
Submit your photos to RNS