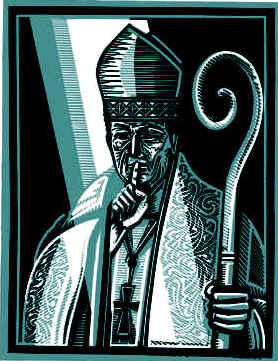 The Scandal of Secrecy, by Stephen Alcorn

A couple of days ago, the AP’s Nicole Winfield reported that Pope Francis’ tribunal to judge bishops who covered up abuse of minors by priests “is going nowhere fast.” It was nine months ago that the pope’s nine-member cardinal advisory board agreed to establish the tribunal as a special disciplinary section within the Congregation for the Doctrine of the Faith. Thus far the promised secretary for the tribunal has not been appointed and procedures for handling cases have not been promulgated.

Unless and until the tribunal is up and running, the Vatican cannot claim to have addressed the abuse crisis.

The United State Conference of Catholic Bishops’ “Charter for the Protection of Children and Young People,” adopted in Dallas in 2005 and revised twice since then, promulgates excellent rules for bishops to deal with allegations of sexual abuse of minors. But as the cases of Bishop Robert Finn in Kansas City and Archbishop John Nienstedt in St. Paul have recently demonstrated, excellent rules are meaningless if bishops don’t play by them. And while there can be no ironclad guarantees, the best assurance that they will do so is a judicial process where allegations of episcopal misconduct are brought, investigations conducted, trials conducted, and verdicts rendered.

No doubt there are difficult procedural questions to be resolved. Who will have standing to bring complaints? Will there be a statute of limitations? Can cases be brought against retired bishops? Should there be a range of sanctions? How open will the proceedings be?

Since freelance journalist Jason Berry reported on the case of serial abuser Gilbert Gauthe in Louisiana three decades ago, the real scandal has been at the top — the bishops who covered up the abuse and enabled it to continue. The scandal will only come to an end when the Vatican creates a clear and effective process for holding them accountable.