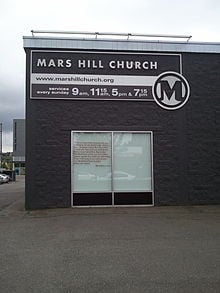 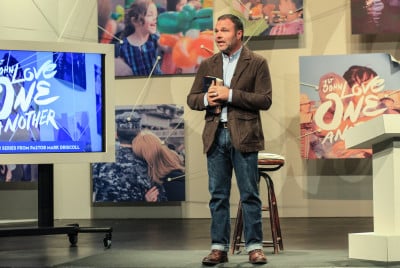 Turner wrote in a blog post, in response to the lawsuit against him and controversial ex-Mars Hill pastor Mark Driscoll, that he is "deeply grieved and saddened" by the closure of the church.

"In the past two weeks, I have prayed," Turner wrote. "I have reached out to the plaintiffs directly to communicate my willingness to meet. And I continue to hope that Christ will walk us through this difficult but necessary process in a spirit of reconciliation."

The former Mars Hill general manager and executive elder acknowledged that he had been named in the suit, but that he had not yet been served. He hopes by meeting with the plaintiffs he can "empathize with their hurt, pray with them, apologize to them, and clear up anything I can."

The lawsuit accuses Turner and Driscoll of “a continuing pattern of racketeering activity,” namely, soliciting donations for specific purposes and then using that money for other things. It was filed under part of the Racketeer Influenced and Corrupt Organizations Act (RICO), which was created to prosecute the Mafia and other criminal organizations.

Among the allegations in the suit brought by Brian Jacobsen, Connie Jacobsen, Ryan Kildea and Arica Kildea: The church paid $210,000 to a company called ResultSource Inc. to land Driscoll’s book, “Real Marriage: The Truth About Sex, Friendship and Life Together,” which wound up on the The New York Times Best Sellers list.

Turner has called using ResultSource "one of the biggest mistakes of Mars Hill Church." It was part of a marketing plan made when he first joined the staff at the church, and he had written a memo advising against it, he wrote in an earlier blog post.

The suit also alleges the church collected money for an organization called Mars Hill Global, saying those funds would go to overseas missions. Instead, that money appears to have stayed in the United States, it said.

In another blog post, Turner wrote Global always was intended to plant churches in the United States and apologized to donors who said they were led to believe all of that money would go to missions in India and Ethiopia.

Driscoll, who resigned from Mars Hill Church in October 2014, has called the allegations in the lawsuit “false and malicious.” The church’s 15 campuses closed that December.