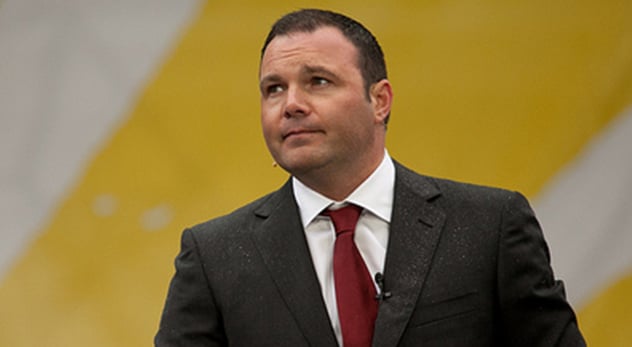 (RNS) Pastor Mark Driscoll said the allegations against him in a new lawsuit are “false and malicious.”

Four former members of the now-defunct Mars Hill Church in Seattle filed a 42-page civil racketeering lawsuit Monday (Feb. 29) against the church’s controversial ex-pastor, accusing him of “a continuing pattern of racketeering activity.”

The lawsuit was filed as part of the Racketeer Influenced and Corrupt Organizations Act, intended to prosecute the Mafia and other criminal organizations.

“Unfortunately, false and malicious allegations continue to be made against me,” Driscoll said in an email to RNS Thursday (March 3). “I’m certain that the most recent examples are without any merit.”

Among the allegations: It contends that millions donated by church members to support missionaries overseas appear to have stayed in the U.S. It also claims the church paid $210,000 to a company called ResultSource Inc. to land Driscoll’s book, “Real Marriage: The Truth about Sex, Friendship and Life Together” on the best-seller lists of The New York Times and others.

Driscoll resigned from the church in October 2014 amid earlier allegations, including plagiarism, abusive behavior and critical comments he made about feminism and homosexuality under a pseudonym on a church message board. The church’s 15 campuses closed that December.

He recently announced in a video online that he and his family have moved to Phoenix, where they are “healing up” and planning to launch a new church called The Trinity Church in early 2016.

“I remain focused and devoted to preaching the Gospel of Jesus Christ, loving others, and praying for my enemies,” Driscoll said.

Faith
A South Carolina pastor quit his church. His followers revolted to get him back.
Follow us on Facebook!
Submit your photos to RNS