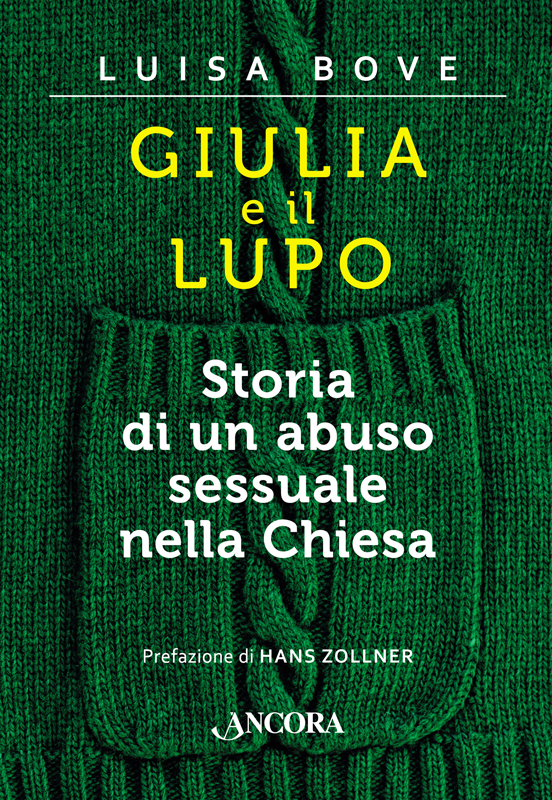 The cover of “Giulia and the Wolf,” a graphic account by an Italian nun of her childhood abuse by a priest. The books is being published with the support of the Catholic Church. Photo courtesy of Ancora

ROME (RNS) The Catholic Church, under scrutiny for its response to clergy sex abuse scandals, is backing the publication of an Italian nun’s shocking account of her rape as a teenager and years of subsequent abuse by her parish priest in Milan.

The 40-year-old nun, who has not been identified, claims the unnamed priest raped her when she was 14 and continued to abuse her for another seven years.

The sensational book is titled, “Giulia and the Wolf: A Story of Sexual Abuse in the Church,” and it is due to be published in Italy on March 31 by Ancora, a Catholic publishing house.

The memoir is also being published with the backing of the Archdiocese of Milan, one of the largest and most influential in Italy, and a priest, the Rev. Hans Zollner, who is a member of Pope Francis’ panel on fighting clergy sexual abuse, has written the preface.

Graphic excerpts of the woman’s abuse have been published in the Italian media. The nun, who goes by the name of Giulia — or Julia, in English — recounts her story in the first person to Italian journalist Luisa Bove.

“He had a kind and paternal way,” says the nun in one excerpt. “He invited me to undo my pants and then helped me take them off. He did the same with his underwear. I was ashamed, I was tense and I didn’t know how to behave.”

The nun lives in a convent and has never before revealed the abuse she suffered.

“He was my spiritual guide. In the face of all his requests I didn’t know how to say no. I know that something in me was dead, because he succeeded to do to me whatever he wanted,” she said.

The idea to publish the book came after Boston Cardinal Sean O’Malley, head of the Vatican anti-abuse panel, spoke about clerical sexual abuse on a visit to Milan.

According to reports, the abusive priest worked for years in the Milan archdiocese and died recently.

The nun wrote that she encountered him several times as an adult. “He said to me ‘I have never forgotten. I hope you have forgiven me.’ I replied impulsively, ‘Certainly many years ago.'”

But, she adds: “I discovered that forgiveness never occurred because I realized that we had never been two lovers, but a victim and a tormentor. Our relationship was one of abuse and violence. How was it possible to forgive him then? I never did, not even today.”

According to Italian media, the nun divulged her story to church officials last year.

Zollner, who also heads the Centre for Child Protection at the Pontifical Gregorian University in Rome, told RNS on Monday (March 21) that the book was a significant step for the church.

“This is the first time a full story about clerical sexual abuse has been written in Italian by an Italian,” he said. “This is the first courageous statement of that kind. This should not be surprising when you see what Pope Francis did when he invited abuse victims into his home to meet them.

“It is not extraordinary that representatives of the church endorse it. It should be honored and encouraged.”

Zollner’s preface in the book is headlined “Victims must be heard” and he congratulates the nun for her courage and resilience in telling her story.

Francis met victims of clerical sexual abuse at the Vatican and in Philadelphia during his visit to the U.S. in September. He set up the Vatican Commission for the Protection of Minors in 2014.

But Francis has continued to face criticism for not moving more quickly to discipline bishops suspected of covering up for abusers and for not yet establishing universal policies for churches to follow around the world.